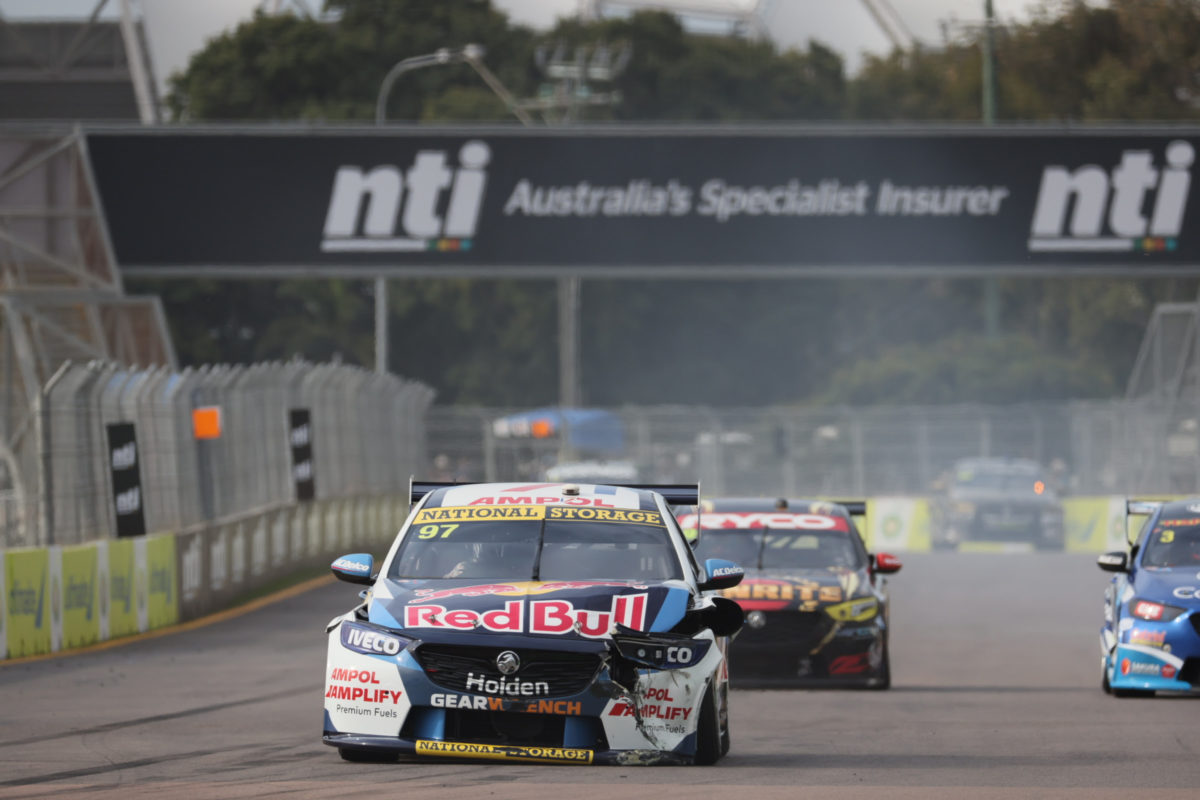 Shane van Gisbergen hopes to emulate team-mate Jamie Whincup’s race-winning pace tomorrow after he finished 19th in Race 19 at the NTI Townsville SuperSprint due to an opening lap crunch.

Van Gisbergen turned Anton De Pasquale around as the field braked for Turn 2 of the Reid Park Street Circuit for the first time and copped significant damage as a melee ensued.

He would ultimately bring his Red Bull Holden Racing Team entry home nine laps off the pace after Car #97 was patched up in order to salvage a finish.

The 2016 champion also escaped sanction for the incident, with broadcast footage suggesting he too may have been a victim of contact from behind which triggered the carnage, and stewards not finding any driver wholly to blame in a post-race investigation.

Despite dropping to fourth in the drivers’ standings and a further 32 points to championship leader Scott McLaughlin, van Gisbergen at least drew positives from the other side of the Triple Eight Race Engineering garage.

“Not the best day for us, unfortunately,” he admitted.

“It was quite hectic on the opening lap as you can imagine, so I took it easy and all of a sudden got pinballed, which obviously isn’t good.

“Both ends of the car are a bit bent, so the crew will be hard at it tonight to get it straight again for tomorrow’s two races.

“It’s great for JDub (Jamie Whincup) to get the win, and positive that we won on race pace, so we’ll hopefully capitalise on that going into tomorrow.”

Whincup won by almost seven seconds over Tickford Racing’s Cameron Waters in the end, and closed the gap to McLaughlin to 141 championship points.

Qualifying for the two Sunday races at Event 7 of the Virgin Australia Supercars Championship commences from 10:40 local time/AEST.