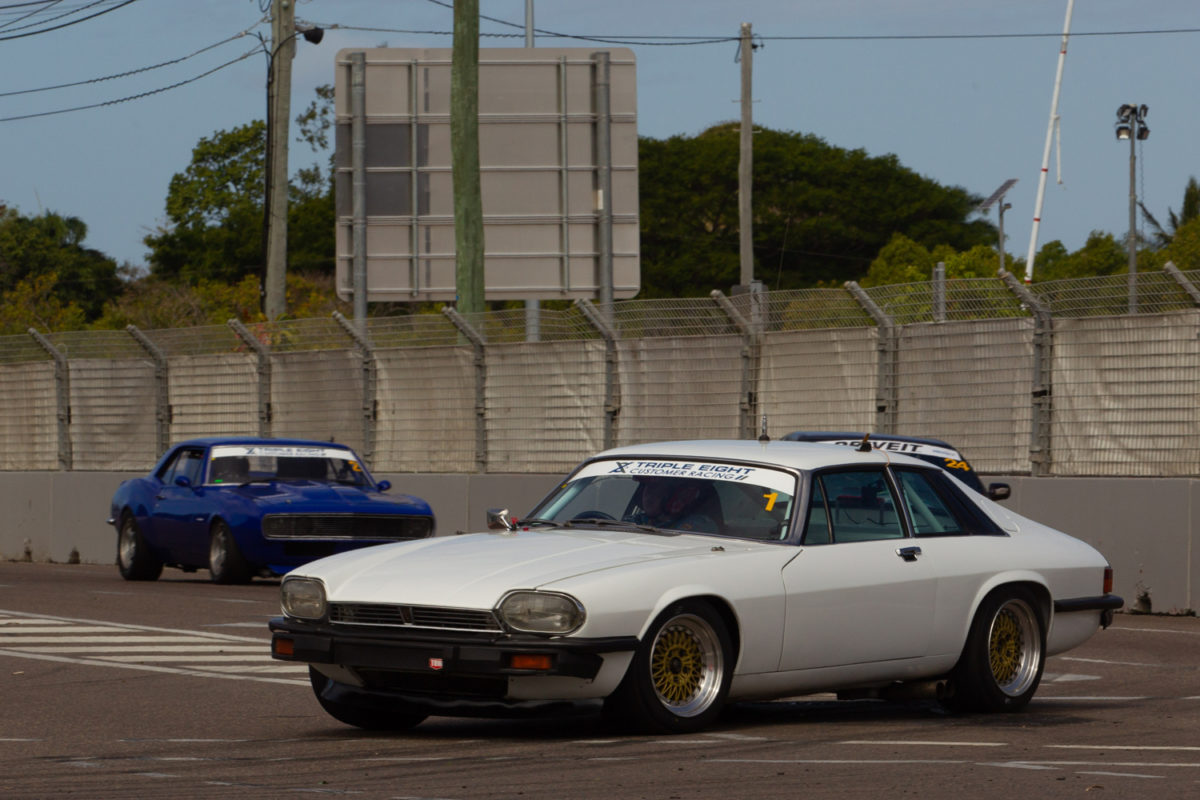 Paul Morris ousted Triple Eight boss Roland Dane in the speed stakes across the three NQ Supersprinter sessions at Townsville on Saturday, despite drama for the former in the final session of the day.

In the category devoted to local drivers at the North Queensland circuit, Morris set a 1:27.492s best in the first of three 20-minute sessions, which proved just ahead of Dane’s 1:27.813s set in Session 3.

However, despite showing the most consistent pace across the day, Morris struck drama in the third session when he suffered a front-left failure aboard his Jaguar XJS on the run to Turn 4. He managed to nurse the car down the escape road, and ended the session third.

Earlier, the Supercheap Auto Bathurst 1000 winner topped the second session with a 1:27.926s, with track time helping Dane find nearly 10 seconds between the first and second sessions in his Camaro to push Morris all the way.

Grant Cooper split Dane and Morris in the third session aboard his Nissan Skyline GTR R with a 1:27.924s. 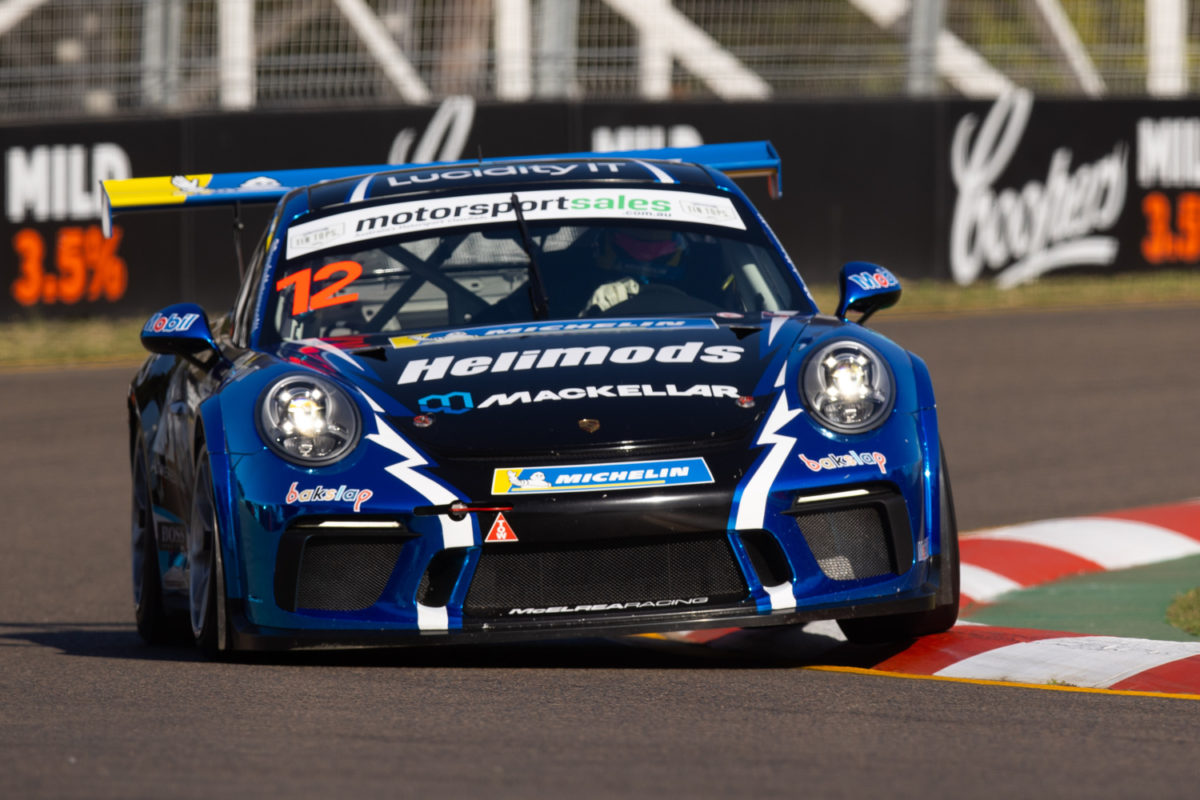 Harri Jones ran away with victory in Race 1 of the Townsville Tin Tops after inheriting the lead following a mid-race pit visit for Tony Quinn.

Jones steered his McElrea Racing Porsche to victory in what proved to be a 16-lap race which featured two Safety Car interventions.

Quinn, who started from pole aboard his Keltic Racing Aston Martin, led Jones before he dived into the lane and dropped to 13th.

The veteran worked his way back to sixth at the flag in the race, which featured a drivers range of vehicles including Porsche Carrera Cup cars, Super3 cars, MARC Cars and Sports Sedans.

Josh Fife flew the Super3 flag for Brad Jones Racing to second outright, with Bathurst 1000 winner Luke Youlden, who was a last-minute draftee into the event, beating Ryan Suhle to the final spot in the top three.

The first Safety Car was triggered on the opening lap for Jason Gomersall, whose Super3 Ford ground to a halt, before Nash Morris – whose Toyota 86 was stuck at the final corner after a spin – forced a second full course yellow with five minutes remaining.