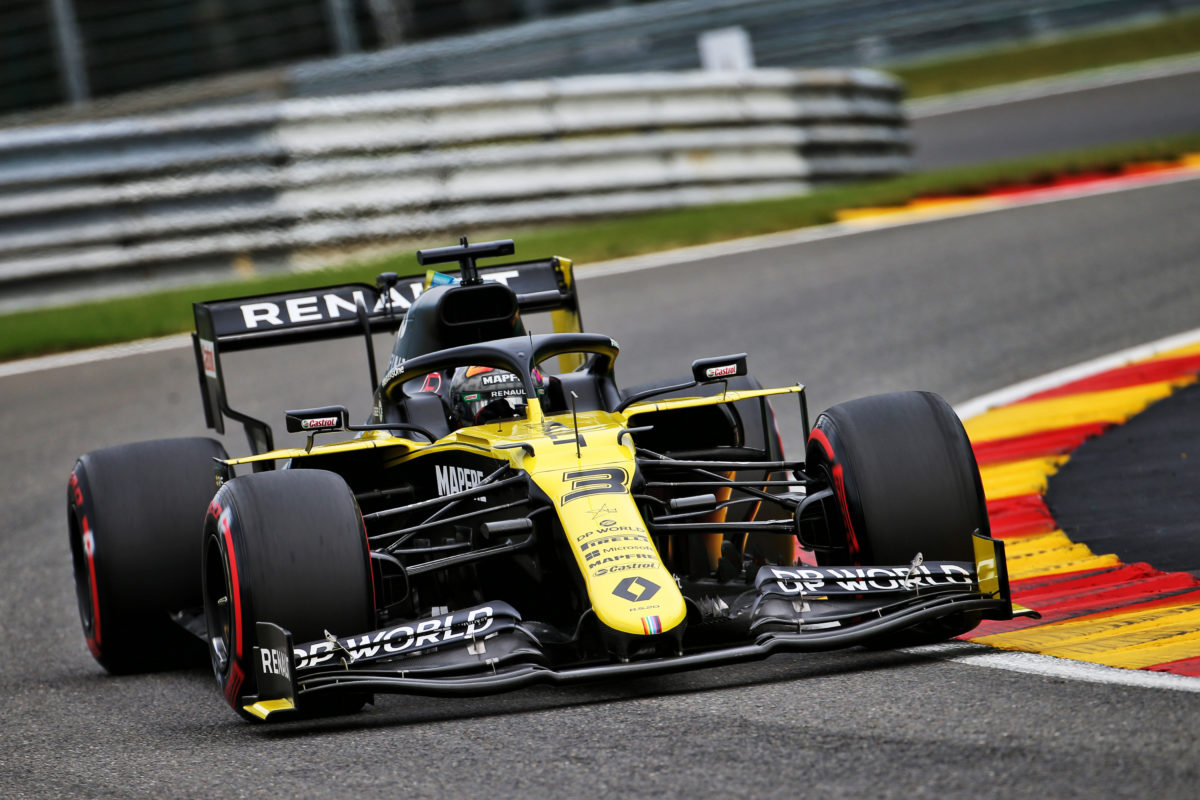 The Australian was less than a half tenth off the outright pace in a session that saw the top three covered by 0.096s.

However, his day came to an early end after a hydraulics problem in the final moments of Free Practice 2 saw him park his Renault on the Kemmel Straight.

Third best was Lewis Hamilton, though a mistake at the Chicane suggests he’s time in hand over those ahead.

Alex Albon was fourth best in the second Red Bull from Sergio Perez in the lead Racing Point.

Ferrari languished in 15th and 17th with Charles Leclerc and Sebastian Vettel respectively, while issues in Free Practice 1 carried over into the session for both Haas drivers.

Romain Grosjean and Kevin Magnussen chalked up just a dozen laps each as they propped up the foot of the timing sheets.

Still, it was an improvement from earlier in the day when the team logged a combined three laps with engine problems impacting both cars.

The two Mercedes of Valtteri Bottas and Hamilton had topped the day’s first session, narrowly clear of Verstappen.

Perez and Stroll were next best for Racing Point, then Albon and Esteban Ocon.

Ricciardo finished the session with the ninth best time, 0.7s down on Bottas, meaning he found 1.5 seconds between the two sessions.

Like they did in the latter session, both Ferraris struggled as they found themselves just 14th (Leclerc) and 15th (Vettel) and more than a second off the pace.

With Alfa Romeo and Haas both using customer Ferrari engines, and also seemingly struggling, it paints a bleak picture for the Scuderia as the weekend progresses.

Long range forecasts had predicted rain on Saturday for qualifying, though the chances of that have diminished as the weekend approached.

However, a weather affected race on Sunday remains a possibility with a 50 percent chance of rain expected shortly after the scheduled race start, increasing into the evening.

A single 60 minute practice session on Saturday remains before qualifying gets underway at 23:00 AEST.