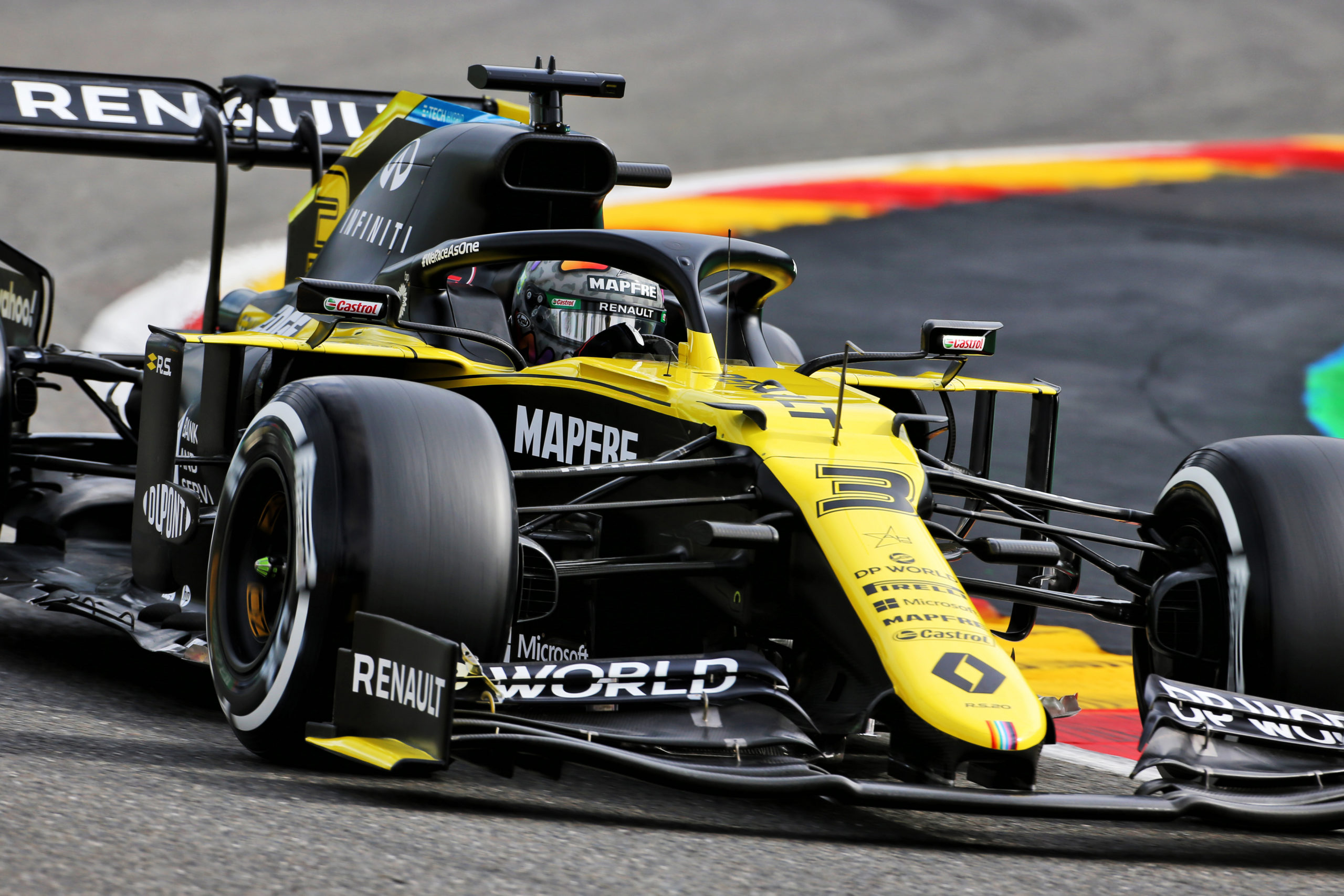 Daniel Ricciardo says he ‘wasn’t surprised’ by his near chart-topping time in practice at the Belgian Grand Prix but says he needs to convert that pace in qualifying.

“The lap today, I don’t know, I just felt like the car was really hooked up on that lap and I wasn’t surprised when we were P2,” Ricciardo said.

“I honestly thought it was top three or top four again.

“Sometimes you can kid yourself and you see the lap times and you’re like ‘oh yeah, the car felt good’ when it wasn’t; it certainly did (feel good).”

While the 31-year-old was pleased with his pace, Ricciardo remained downbeat about his chances for the rest of the weekend.

In his six starts this season, Ricciardo has a best finish of fourth at the British Grand Prix but has finished outside of the points in the most recent 70th Anniversary and Spanish Grands Prix.

“I’m not sure we can hold P2, but I think we’re still going to be in a good position tomorrow and there’s no reason why we shouldn’t.

“We’ll focus on that, take positives from today but we’ll make sure we get Q3 right tomorrow.”

It wasn’t all smooth sailing for the West Australia-born driver, who pulled over to the side of the road on the Kemmel Straight with hydraulic issues at the end of Free Practice 2.

“Obviously on a Friday, as soon as you get a sign or a warning you’re like ‘yeah let’s pack it up’,” Ricciardo said of the issue.

“We missed a bit of long run but we got some done this morning so all in all, a pretty good day.”

A single 60-minute practice session on Saturday remains before qualifying gets underway at 23:00 AEST.