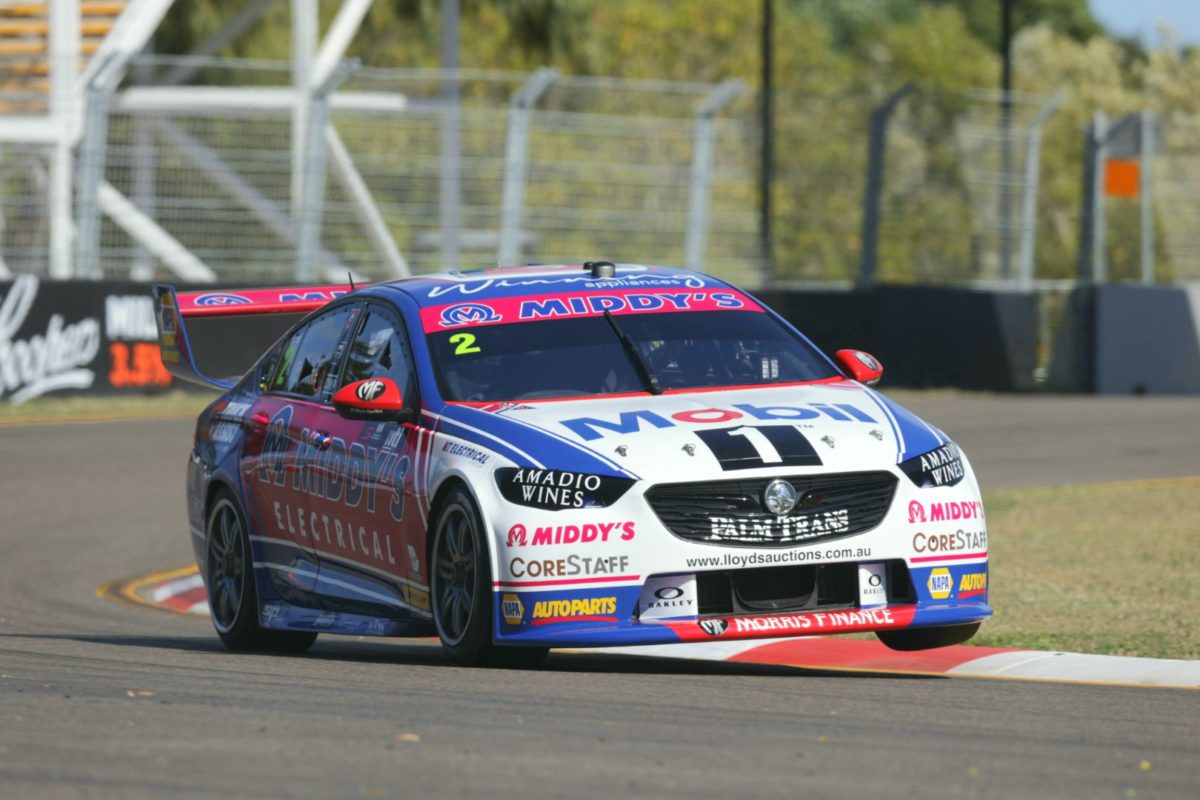 Walkinshaw Andretti United’s Bryce Fullwood has gone quickest in the practice session for rookie and second-year drivers at the NTI Townsville SuperSprint.

The two Super2 Series winners were at the head of the timing screen for the duration, Jacobson (#35 Yellow Cover ZB Commodore) fastest after the first flyers but Fullwood taking over the ascendancy soon after.

The Territorian held sway with a 1:13.7228s at the end of his first run, more than three tenths clear of Jacobson at that point, while Macauley Jones (#3 CoolDrive ZB Commodore) was third.

Fullwood then went quicker to the second sector on his way to a 1:13.9313s, before setting the very best time of the session on his next lap.

Jacobson found a tenth on his second run, logging a 1:13.9461s, meaning Fullwood had the three fastest laps of the session.

Jones improved by roughly the same figure when he went again, his best a 1:14.0770s.

In the other Brad Jones Racing entry in the session, Jack Smith got down to a 1:14.3308s in the #4 SCT Logistics ZB Commodore.

All six rookies/second-year drivers ran throughout on soft tyres, the only compound in play this weekend.