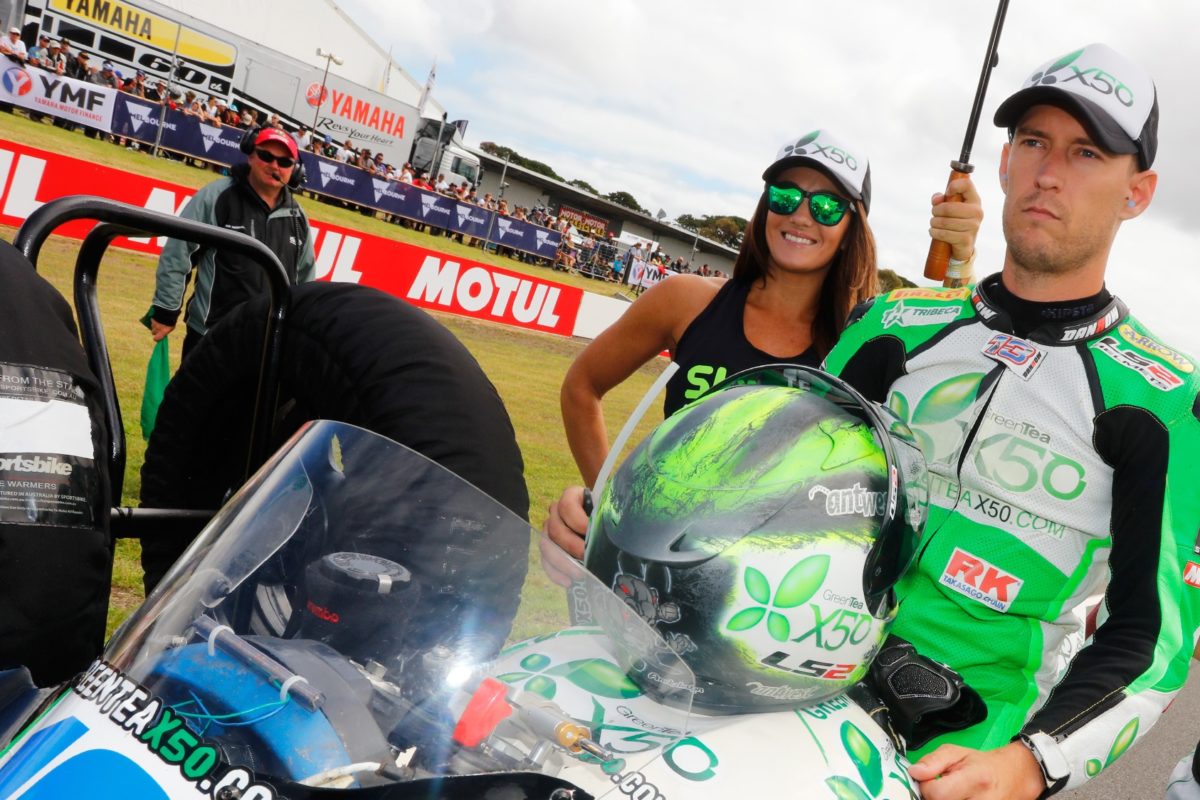 Ant West’s ban from motorcycle racing has been extended by the FIM by six months, for riding in a Brazilian series.

West was provisionally suspended in September 2018 after failing a drug test earlier that year, during which he was competing in the Supersport World Championship.

The ‘period of ineligibility’ was ultimately set to end on September 14 this year, but a new period ending on March 14, 2021 has now been added.

The FIM International Disciplinary Court (referred to below as the CDI) determined that the Australian’s participation in several rounds of SuperBike Brasil in 2019 constituted a breach of the terms of the suspension despite it not sanctioning that series.

“During his period of ineligibility Mr West participated in several rounds of the Brazilian Superbike Championship,” reads an FIM statement, in part.

“The CDI has considered that the participation of Mr West in the aforementioned motorcycling competitions constituted violations of the prohibition against participation during ineligibility and has imposed to Mr. West a new period of ineligibility of 6 months starting from 15 September 2020 and ending on 14 March 2021, in accordance with article 10.12.3 CAD.”

Article 10.12.1 of its Anti-Doping Code (referred to above as the CAD) states, in part, “No Rider or other Person who has been declared Ineligible may, during the period of Ineligibility, participate in any capacity in a Competition or activity (other than authorized anti-doping education or rehabilitation programs) authorized or organized by any Signatory, Signatory’s member organization, or a club or other member organization of a Signatory’s member organization, or in Competitions authorized or organized by any professional league or any international or national level Event organization or any elite or national-level sporting activity funded by a governmental agency.”

West has previously been vocal about the saga on social media, and overnight posted on his Facebook and Instagram pages, “Don’t lose focus by what’s in front of you. There is something in the background. And still stuff in the basement.”

It was in January this year, when the possibility of an additional period of ineligibility was communicated to him by the FIM, that West issued a broadside accusing the governing body of corruption.

In a social media post reproducing that notification from the FIM, the Moto2 race winner wrote, “I quit. I’m done.

“These corrupt people are out of control and out to destroy me.

“I raced in Brazil a championship That was a NOT FIM affiliated. Now they invent there own rules like they have control over me racing there.”

FIM President Jorge Viegas referred to the post in Spanish media as “a desperate text” and SuperBike Brasil as “pirate races”.

It would appear from West’s social media posts that he is now working as a truck driver, as he was for a period of time in North America last year while racing in Brazil.

In the framework of a decision rendered by the FIM International Disciplinary Court (CDI) on 28 January 2019, Mr Anthony West was sanctioned with a period of ineligibility of two years running from 17 January 2019 until 14th September 2020. (i.e Mr. West was tested positive for a prohibited substance under the heading ‘S6 Stimulants’ of the list of prohibited substances of the FIM Anti-Doping Code (CAD)).

Accordingly, and pursuant to article 10.12.1 CAD, Mr West was banned from participating in any capacity in any competition or activity during the period of ineligibility decided by the CDI.

An appeal against this decision may be lodged before the Court for Arbitration for Sport within 21 days.