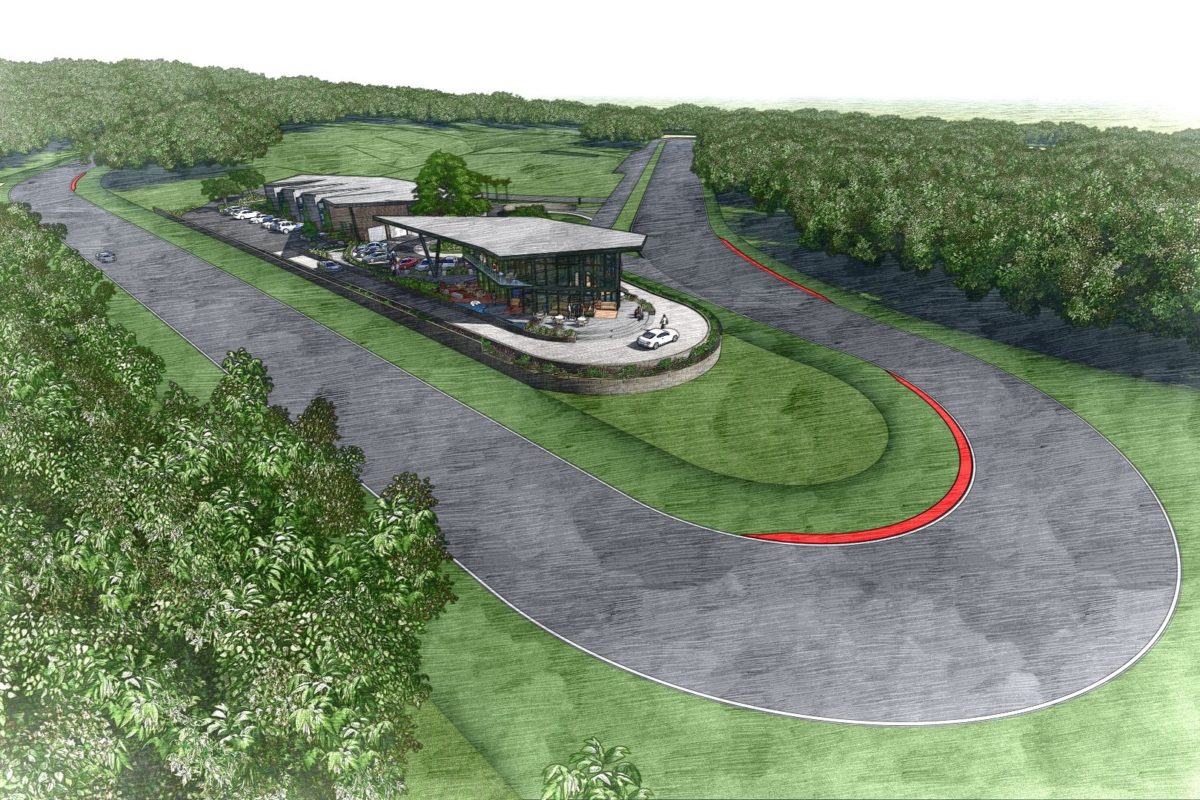 A render of how Circuit Italia’s ‘T14 Complex’ will look from the outside of Turn 14 pic: Hauswerk

The new Circuit Italia motorsport facility near Newcastle could be capable of hosting a Supercars event as soon as next year.

The circuit construction is currently on hold as the owner is focused on another project, but redesigns to the paddock area and other infrastructure have been undertaken recently and it is believed that the final 70 percent of the venue could be completed within six to eight months.

Matthew Higgins, a successful Newcastle businessman and motorsport enthusiast announced plans for the facility back in 2015.

Part of the current redesign is a unique 12,500sqm ‘event space’ which would double as major paddock area and allow for temporary pit and corporate facilities to be bumped in, no different to a temporary street circuit like the venue near the Newcastle CBD which has hosted a Supercars event for the past three years.

This year’s Newcastle event originally scheduled for early December has already been cancelled due to COVID-19.

It is no secret that permanent circuits have become a major asset for the sport during the current COVID-19 pandemic.

Former Supercars Director of Sport, Damien White, who heads up the Circuit Italia project, says that no formal discussions have been had about a future event with his former employer, but that the new venue could be considered in the mix for future championships.

“Being 20 minutes from Newcastle Airport, which is jointly owned by Port Stephens and Newcastle councils, means two regions would enjoy the economic benefits of successful events,” White told Speedcafe.com.

“Should an event make economic sense for us as a circuit operator, and the respective councils see value, then we would be open to promoting an event.

“Due to the nature of the relationships I have maintained within the industry, having discussions about future event opportunities for Circuit Italia is a natural consequence.

“I have said we would look at hosting a Supercars event, but we have also considered and looked at a host of national and international categories.

“COVID has pressured every element of sport, from the administration, right through to event delivery.

“Supercars is not immune to those pressures. I do not doubt there are many strategy meetings right now, determining their future.

“When there is an understanding of what that looks like, and what other categories are doing, we will have a clearer idea of what we want to do in terms of major events.

Part of the infrastructure redesign has been the development of a complex at Turn 14 which resulted in a clear 12,500sqm of event space.

“The T14 Complex will allow us to satisfy our day to day requirements with tremendous efficiency,” said White.

“With the reduction and relocation of the infrastructure, we have retained the 12,500sqm paddock area and pit lane which we have termed the ‘event space’.

“If we, or a motorsport category, want to promote a major event, the temporary infrastructure can be bumped into the event space.

“The simple reality is, given a major event can bump in the necessary temporary infrastructure at street circuits, they can bump it into a permanent circuit.

“Most significantly, bumping that into a permanent facility will not be an imposition on residents as is the case with a temporary street circuit.

“With review and redesign complete, we submitted an application to amend our DA some months ago and have been working closely with the council on the process to have the T14 Complex approved.

“The final result will be a superb, and incredibly unique solution. This will not be your ordinary motorsport facility.”

The recent delay in construction at Circuit Italia had created rumours in the marketplace about the actual completion of the new project, which have been totally discarded by White.