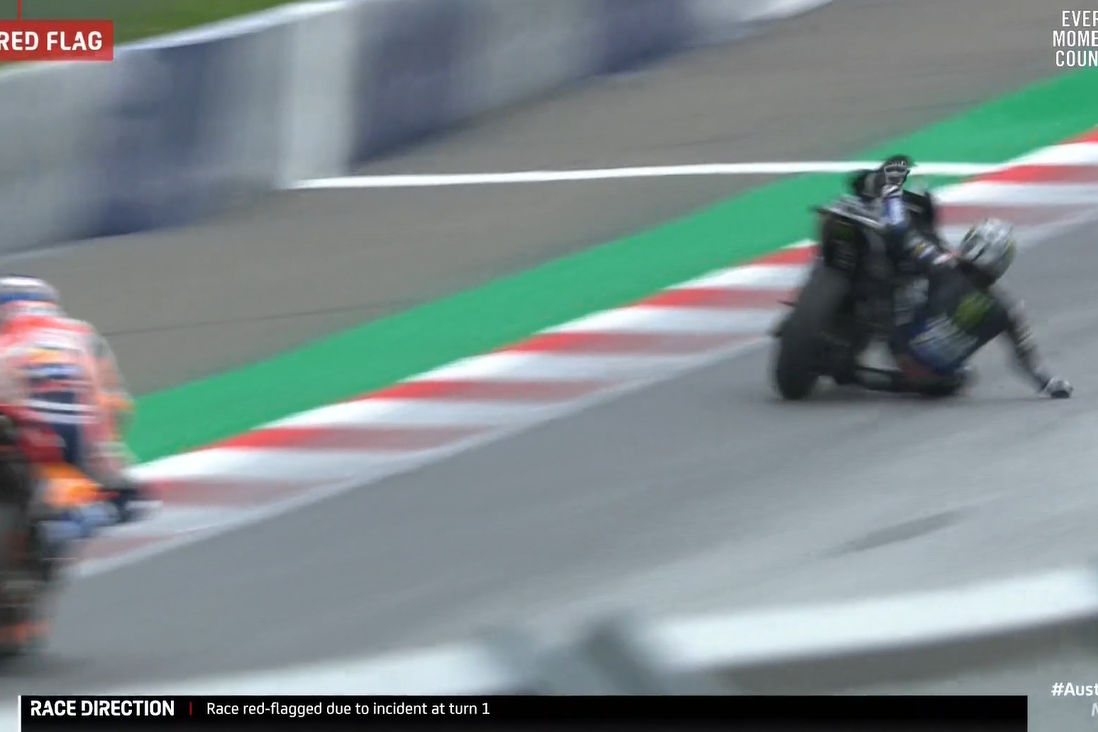 Maverick Viñales hit the race track with a force of over 23g when he jumped from his Yamaha after experiencing brake failure in the Styrian MotoGP.

Alpinestars, which supplies the Spaniard’s leathers, has confirmed that Viñales was travelling at 218km/h when he chose to bail out on approach to Turn 1 at the Red Bull Ring on Lap 17.

The data log shows an initial impact with the track surface of 23.45g, just after the airbag deployed, and a secondary impact of 20g.

The Monster Energy Yamaha rider slid for 4.8s then tumbled for another 1.9s, but was able to walk away from the scene despite his M1 catching fire after puncturing the air fence.

He had already slowed and raised his hand once during the race, but began to push again when his brakes recovered for a period of time.

“I was quite fast, I was feeling fantastic on the first laps, I was pushing Dovi (Andrea Dovizioso), but as we don’t have top speed, you can see I could not overtake,” recounted Viñales.

“I overtook one time and I said ‘okay, now I can go forward in front’, but then he overtake me on the straight very easily.

“I was just waiting to get the rhythm, but then I started to lose the front pressure of the brake, I went out (of the track) one time.

“I make three laps very slow in 1:26s, then I push again at 1:24s, then again without brakes, and then (Fabio) Quartararo, Valentino (Rossi) and (Danilo) Petrucci overtake me.

“Then suddenly the brake was good. So, I could make 1:22s, 1:24s on mediums and I was recovering a lot to Valentino and Fabio, but then suddenly at corner one the brake exploded, so (it was) impossible to do anything.”

Other Yamaha riders also suffered brake problems during the two Red Bull Ring rounds, and while Brembo dispatched an upgraded package to the second of those, Viñales did not choose to use it.

“Maverick didn’t, because Maverick never suffered the very high temperatures that the others suffered last weekend and also when he tried the new system, he didn’t have the feeling he was looking for.

“So, for these two reasons we decided to use the conventional system. Probably because he was behind other riders, he couldn’t cool down the system and after the fifth lap he felt something but tried to manage.

“Unfortunately, what happened, happened, but luckily he is fine and that is the most important thing.”

The crash caused a red flag, after which Miguel Oliveira beat Jack Miller and Pol Espargaro to victory in a contest decided only at the very last corner.

MotoGP resumes at Misano on September 11-13. 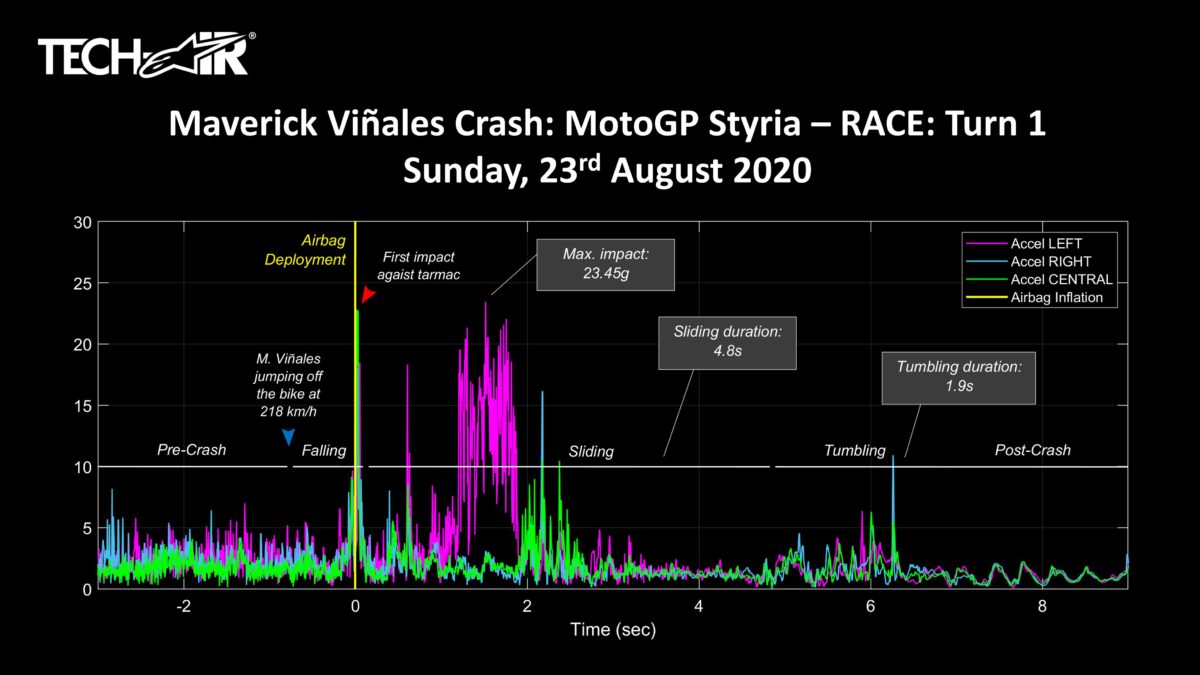