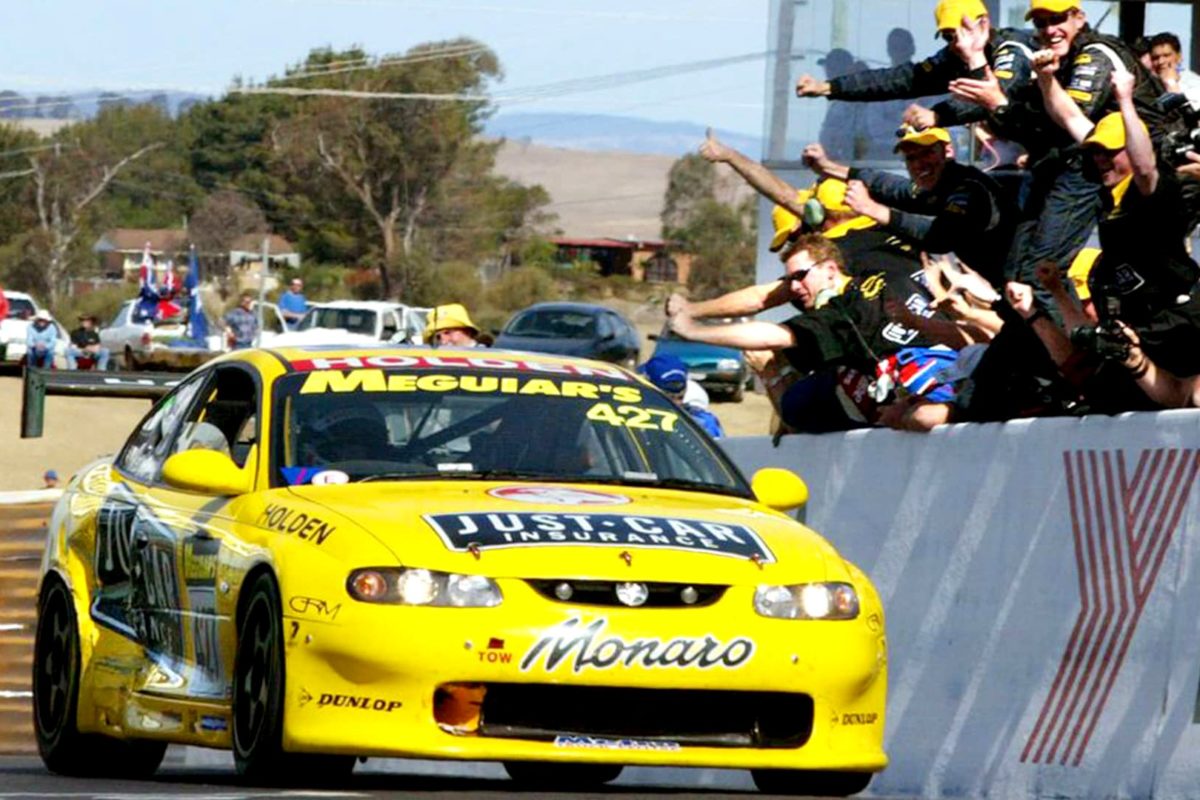 Garry Rogers Motorsport will field a Bathurst 24 Hour winner in addition to its newly built Holden Monaro at the Bathurst International.

GRM campaigned 427C-spec Monaros for Holden in the Nations Cup and the only two twice-around-the-clock enduros to have been held at Mount Panorama.

Having revealed that it was building a brand-new version for the Shannons Holden Bathurst Revival which will take place at the inaugural International, the entry of an actual 24 Hour race winner has now been announced.

The car in question is that which won the first Bathurst 24 Hour in the hands of Garth Tander, Steven Richards, Cameron McConville, and Nathan Pretty in 2002.

It is still owned by GRM and was recalled from the National Motor Racing Museum in Bathurst to serve as a reference for the current project.

With Holden to imminently close, team Director Barry Rogers believes that their latest Monaro could be the last ever brand-new car of that marque.

“When COVID-19 first hit, we were looking for some work to keep our guys busy, and there were containers out the back with quite a bit of stuff for the Monaro in there, including a body shell,” explained Rogers.

“With Holden leaving Australia, we felt this was a great way to say thanks and farewell, and it will most likely be the last Holden ever built in Australia. For our team, we feel that is quite special.

“The Bathurst International event is going to the perfect way for GRM to salute Holden and the recognise the massive role it has played in Australian motorsport and our team.

“The new car is built to the exact same specification as the original car.

“Ron Harrop had quite a bit to do with the original, and he is building uprights and a bunch of other bits for it. He is semi-retired now and works in his own shed in country Victoria. He has sourced and retained all of the IP to produce those components.

“Gypsy is currently rebuilding the 427 engine that we proudly displayed in our boardroom. Thankfully we retained that engine after all of these years.

“We can’t wait to get both of them to Bathurst and get them around the track.”

GRM also won the 2003 Bathurst 24 Hour in one-two fashion, with the Peter Brock/Greg Murphy/Jason Bright/Todd Kelly entry leading home the quartet which prevailed a year earlier in a form finish.

It also took victory in the 2000 Bathurst 1000 with a VT Commodore driven by Tander and Jason Bargwanna.

The Bathurst International will be held from November 12-15.