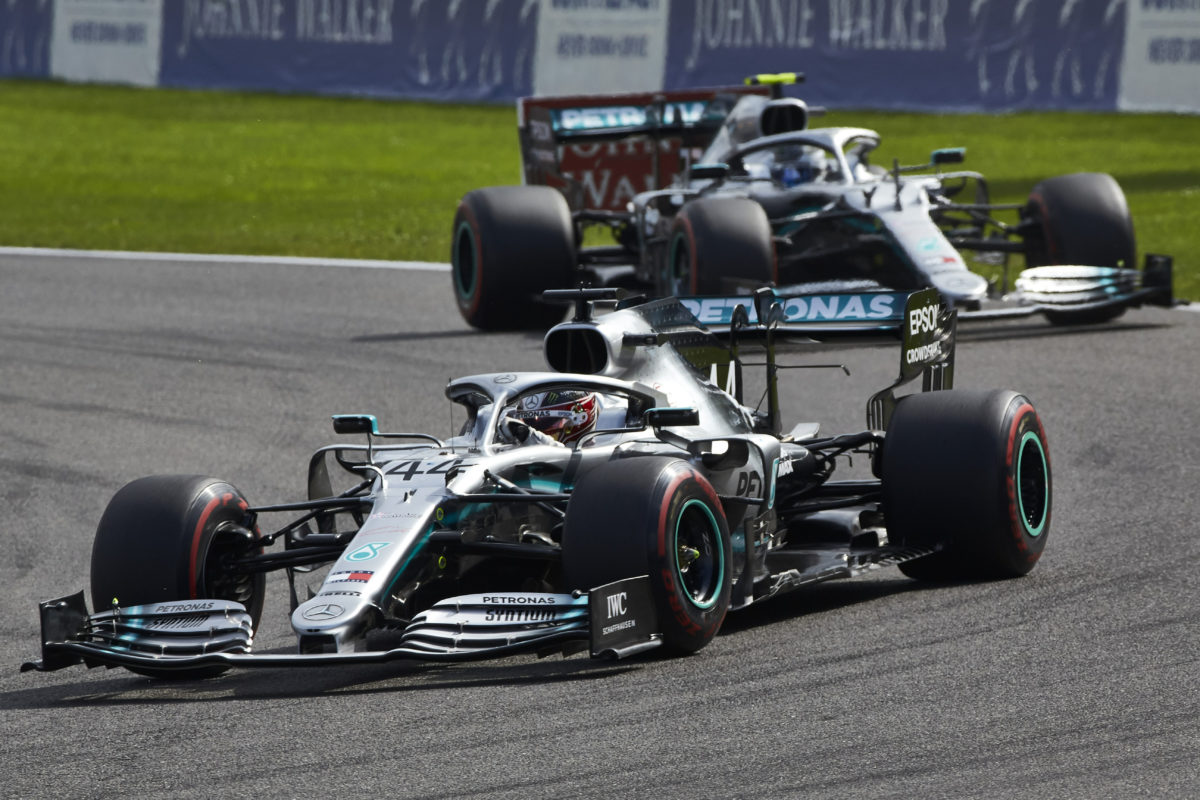 The Mercedes at Spa-Francorchamps in 2019

Toto Wolff says that Mercedes has “unfinished business” at Spa-Francorchamps having not won the Belgian Grand Prix for the last two years.

Lewis Hamilton took victory in Belgium in 2017 but the race has gone the way of Ferrari since then, courtesy of Sebastian Vettel in 2018 and Charles Leclerc last year.

Mercedes also failed to win at the Red Bull Ring in either of the 2018 or 2019 seasons but did so in both the Austrian and Styrian Grands Prix last month, marking Spa as something of an outlier.

“Our next race takes us to Spa where we haven’t won since 2017, so it feels like there’s unfinished business as we head to Belgium,” said Wolff, Team Principal at the Mercedes-AMG F1 Team.

“It’s an iconic track and one of the fans’ favourites, but finding the right set-up can be difficult because of the variety of characteristics; on the one hand you want as little drag as possible on the long straights, but on the other hand, you need a certain level of downforce to be quick through the corners.

“It’s also forecast to be rainy in the Ardennes, which won’t make the job any easier.”

Wolff also commented in the Silver Arrows’ Belgian Grand Prix preview on the signing last week of the new Concorde Agreement, which covers commercial rights and obligations in the championship.

The latest version features heavily revised terms which flatten the financial differences from the front to the rear of the grid, and coincides with the historic introduction of a cost cap next year.

According to the Austrian, it forms part of the “biggest transition” that F1 has ever seen.

“We have always said that we wanted to stay in F1, so the agreement wasn’t necessarily all that surprising, but we’re happy that we could bring the negotiations to a positive conclusion,” said Wolff.

“We are committed to our sport and we’re looking forward to the upcoming years which will see the biggest transition F1 has ever seen.

“This will reward agile, open-minded teams who can adapt successfully to the demands of the new rules.”

Mercedes leads the constructors’ championship by 86 points while Lewis Hamilton is on top of the drivers’ standings and team-mate Valtteri Bottas third.

Practice for the Belgian Grand Prix starts tomorrow at 19:00 AEST.