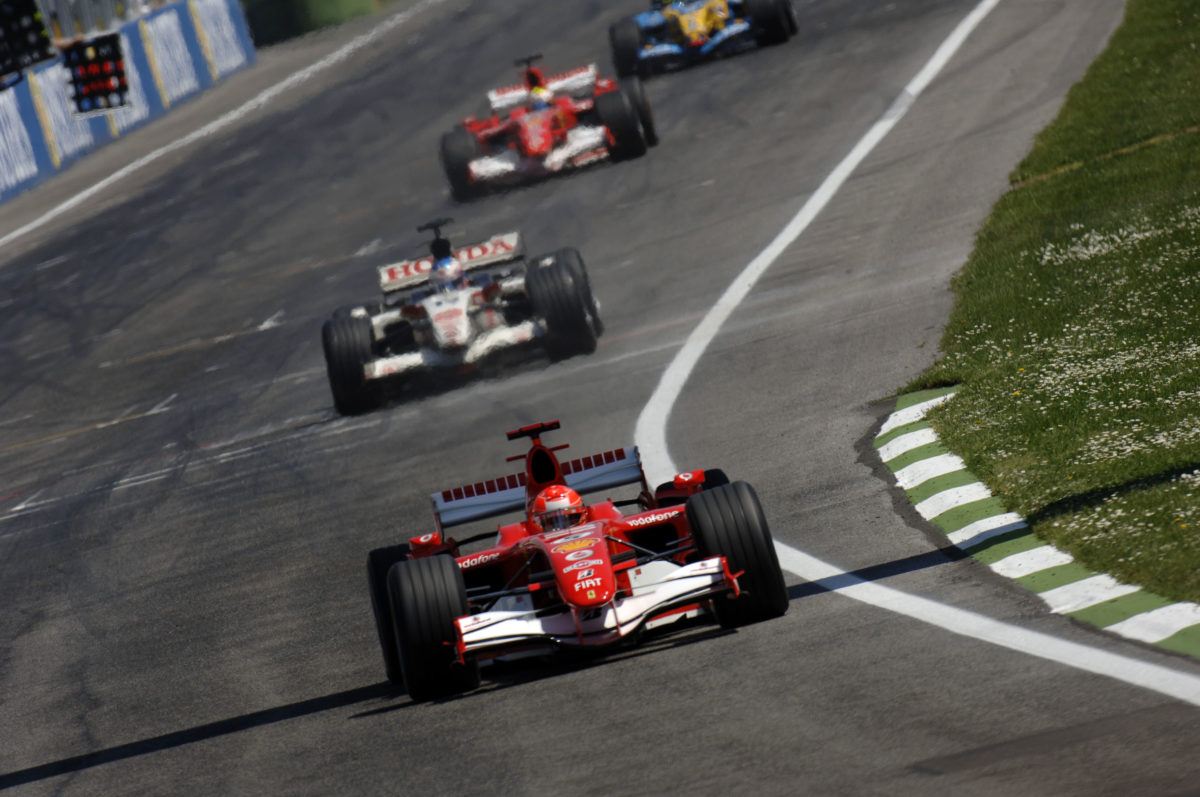 Formula 1 teams are no longer allowed to test old cars at new circuits on the 2020 calendar.

The ban is included in the most recent changes to the championship’s Sporting Regulations and applies to circuits which have been added since the pre-pandemic version of the 2020 calendar was confirmed last year.

It refers to what are formally known as ‘previous cars’, which currently applies to cars built to 2016 to 2018 regulations, and ‘historic cars’.

“TPC and/or THC is not permitted on any track that has been included in the 2020 Championship calendar after 4 October 2019, save for where an Event has been completed at that track in 2020,” reads the new regulation.

As such, Ferrari’s test of a 2018 car at Mugello and AlphaTauri’s at Imola, which both occurred before those circuits were added to the calendar, would not be allowed.

Teams would also not have the option of testing previous or historic cars at the Nurburgring, Portimao, or Istanbul.

To the extent that any teams still have ‘promotional events’ left of the two they are allowed for the year, current cars could still be run for up to 200km (100km per promotional event) at those tracks.

In another change to the Sporting Regulations, teams are also allowed a total of 90 people at ‘Closed Events’ (no spectators) from this weekend’s Belgian Grand Prix, an increase of 10.

The limit of 60 people “within the confines of the circuit (and) associated in any way with the operation of the cars” remains.

There now also exists the option of a variation from the tyre allocation of two sets of hards, three sets of mediums, and eight of softs which was mandated this year for logistical reasons.

Any such decision will be left to the FIA and supplier Pirelli, with the wording “Unless otherwise determined by the FIA and with the agreement of the Supplier…” added to the start of the regulation which defines the above mentioned dry weather tyre allocation.

Ordinarily, teams would have some latitude with respect to tyre selection so long as they met certain requirements around mandatory race and Q3 compounds.