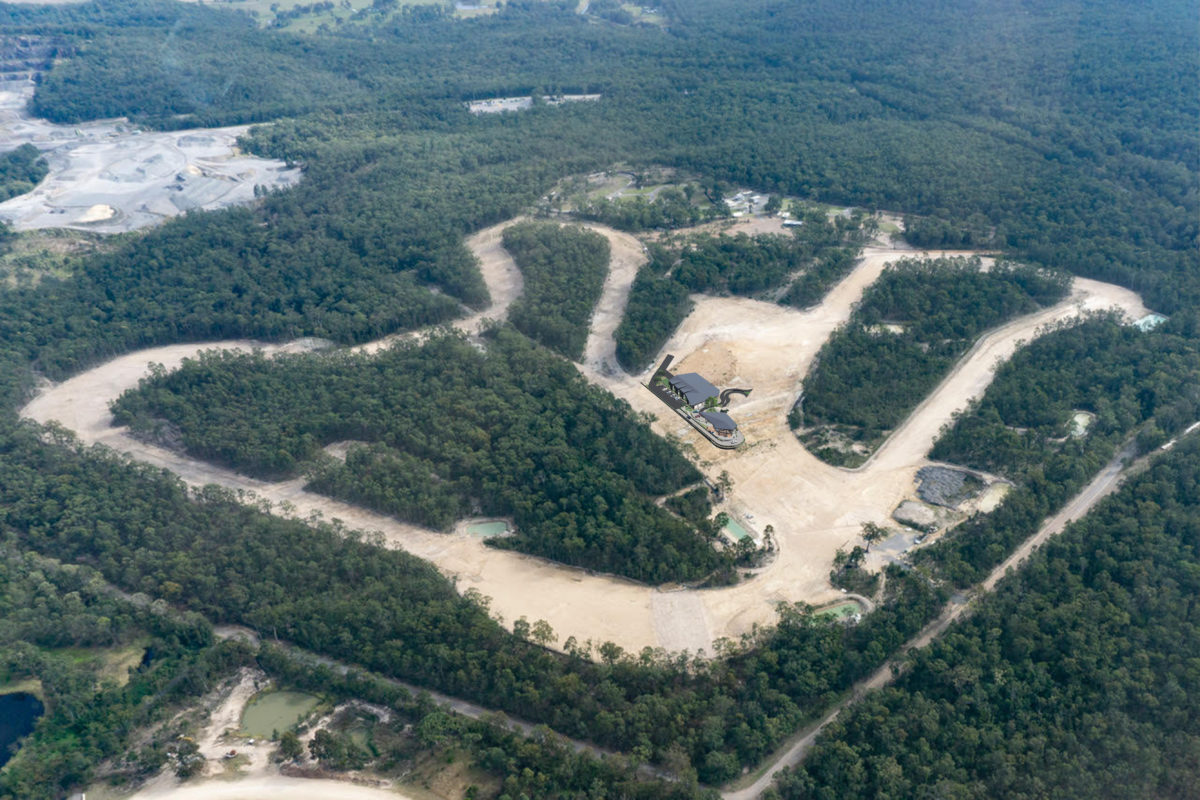 Developers of the new Circuit Italia motorsport complex near Newcastle have quashed rumours that the facility is under threat.

More than 30 percent of the physical construction of the 3.1km circuit has been finished, but has been put on hold due to the availability of circuit owner/developer Matthew Higgins to commit needed time to the project.

Higgins, a successful Newcastle businessman and motorsport enthusiast, announced plans for the facility back in 2015.

The recent delay in construction had created rumours in the marketplace about the actual completion of the project, which have been totally discarded by one of the project heads, former Supercars Director of Sport, Damien White.

“We understand there has been some speculation surrounding the status of Circuit Italia, but have not reacted because simply we had not been asked until you (Speedcafe.com) called,” White told Speedcafe.com.

“I can confirm while the physical work of circuit construction is on hold, our work has not stopped.

“To be clear, the hold on construction has nothing to do with government funding, geology or council interference. Simply, Matthew (Higgins) is currently focused on another project.

“He is very hands on and wants to be involved and enjoy the process of circuit construction to make sure it’s exactly how he envisioned it.”

The project team engaged design consultant Matty Brabeck from Hauswerk to assist with a redesign of the permanent buildings and the use of the overall space.

Brabeck is the son of Crimsafe founder Steve Brabeck, who was co-owner of DJR Team Penske before his passing in January 2018.

White says that once reconstruction recommences, the circuit could be completed in no more than six months.

“While I’ve been busy with overall facility layout and design, my colleague, Paul Martin, is managing the site, including our significant responsibilities under our Construction Stormwater Management Plan,” said White.

“We engaged Ditchfield for the circuit construction, and they’re one third complete.

“With the same crew numbers, it would be another six months to completion.

“That said, the crew numbers can be increased to reduce the timeline if necessary. Ditchfield have been great to work with and they’re as motivated as us to see the circuit completed”.

The redesign has included a re-working of the pitlane entry to decrease entry speed and make it safer and a reduction and relocation of permanent buildings, while retaining a 12,500sqm paddock area.

“With the significant elevation changes around the circuit, and now the slower pit lane entry, we have achieved a very challenging and safe 3.1km layout,” said White.

“Our attention then turned to a review of the paddock area, pit lane and associated buildings to ensure they were efficient, and relevant to our day-to-day requirements.

“We worked with Matty Brabeck from Hauswerk over a number of months to achieve something we’re incredibly pleased with.

“In the review we concluded we would be over-serviced by constructing a traditional pit facility, as it would only be fully utilised during major events, so we relocated and reduced it, which has then created a very versatile space clear of any buildings.

“We created the ‘T14 Complex’, made up of a parc ferme and storage building, which includes office and medical spaces and the Lounge/Clubhouse, which is truly amazing.

“It’s positioned on the circuit’s edge and provides a view of the high-speed Turn 13, the braking into the Turn 14 hairpin, the kink of the final turn and all the way down the start/finish straight.”

Construction will recommence once Higgins has the available time to commit to the project.