Pye has to ‘nail everything’ to beat McLaughlin

Pye has to ‘nail everything’ to beat McLaughlin 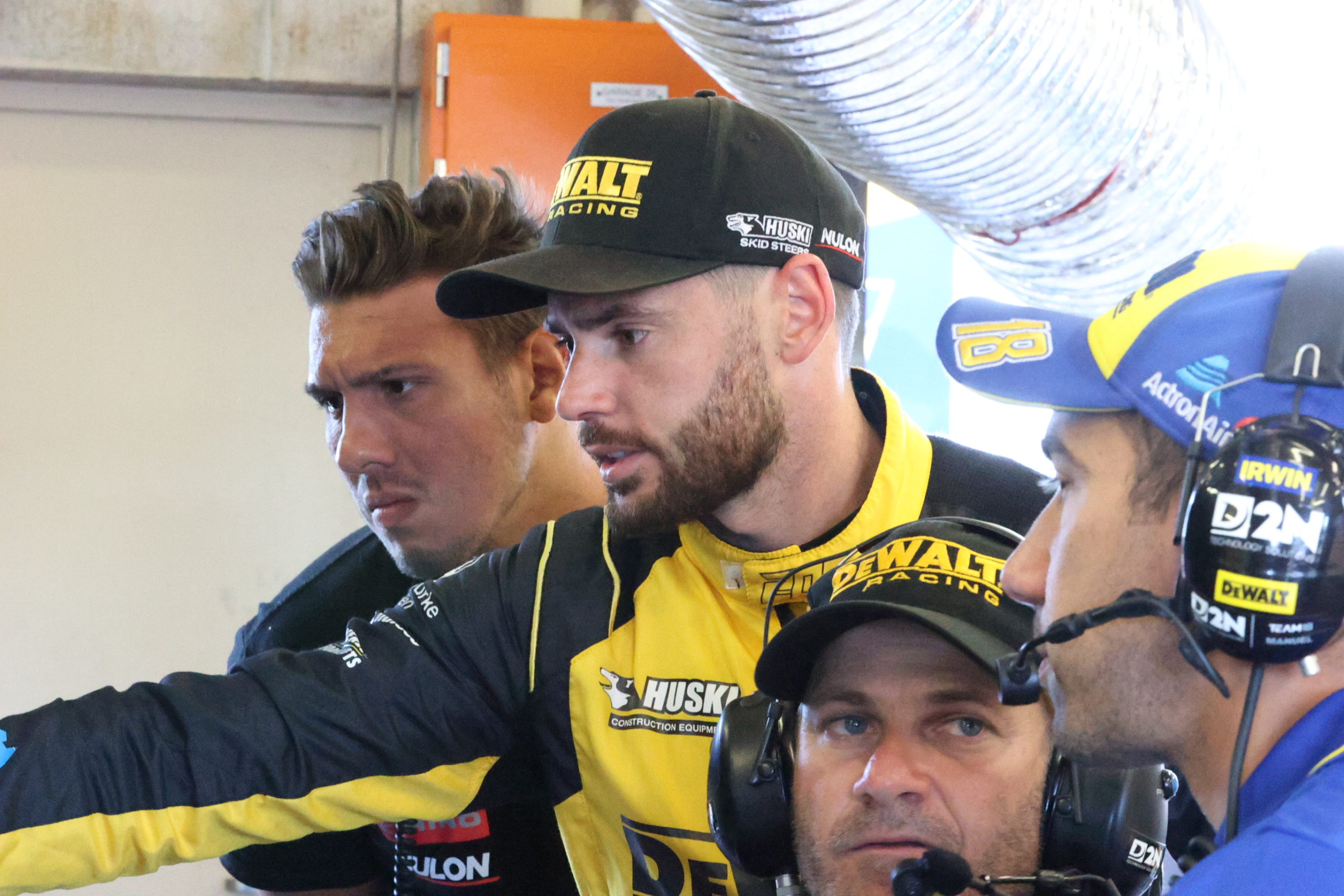 Scott Pye says it would be a “big ask” to beat the in-form Scott McLaughlin, but would be immensely satisfied if he could win this season.

Pye claimed back-to-back Supercars podiums in last weekend’s Darwin SuperSprint, running alternative strategies in Race 17 and Race 18 to finish third in each of the 38-lap affairs.

The only blemish in an otherwise positive weekend was a clutch failure in Race 16 that saw Pye stall and fall to last but climbed back to 13th.

After a tough start to the year that saw him crash at the season-opening Adelaide 500 in only his first outing with Team 18, Pye has progressively improved with the Melbourne squad.

After three podiums in quick succession across the double-header in Darwin, the 30-year-old said he’s on the right trajectory.

“Scotty Mac’s pace (in Darwin) was so fast that to win you have to nail everything,” he said.

“Our pace has improved steadily over the year. It’s been a little bit disrupted and even (in Race 16) with the clutch dramas we had.

“I kept saying I thought we had good race pace but we haven’t really had an opportunity to show it.”

Pye came to the Triple Eight Race Engineering customer team at the beginning of 2020 after three years at Walkinshaw Andretti United.

Since the start of the season in Adelaide, Pye said he’s slowly coming to grips with the Team 18 package.

“I feel like I’m starting to learn the car,” said Pye of his Holden ZB Commodore.

“Certainly in the race, this car likes to be manipulated quite a bit with the roll bars and things so I’m finding a better balance and tuning it throughout the race a lot more than I’m used to.

“When I started the season, I remember Race 1 at Adelaide when I felt really disjointed with the package and it just didn’t feel right in the race, but slowly I’m getting on top of it.

“Our crew did an amazing job (in Darwin) with the pit stops, I was really proud of them. The progress they’ve made is awesome and we backed them today.

“We took a punt on them with pitting early because there’s not much field spread and if you lose some time in the pits, you pay a big price.

“Those guys deserve a lot of credit for (the) result because we put them up against it and they performed.

“It’s just a bit of everything. For sure, we need to find a little bit of car speed. I think we had good pace, probably the second quickest car maybe if we were in front of Nick (Percat). It’s hard to tell but for sure, we’ve just slowly improved and worked on everything.

“Scotty Mac and those guys are doing an amazing job. That car’s fast, they’re up the front consistently so to get a win is going to be a big ask, and when we do get it, it’s going to be well worth the hard work.”

As a result of the coronavirus pandemic, there has been an engineering shakeup in the Team 18 stable.

More recently Pye has been engineered by Technical Director Phil Keed, who had previous success with the likes Tickford Racing and DJR Team Penske.

Pye said building his relationship with the experienced head has been tricky as the pair balance different philosophies.

“Phil’s a very theoretical thinker and I’m probably more practical so that’s been a challenge to understand each other,” said Pye.

“We had radio dramas for the first two events we were together and that meant our communication was hindered a little bit.

“Now I feel like we’re really talking the same language and we’re a lot more patient with each other which is starting to get more out of our own performance.

“I’m proud of him, the way he’s finding his confidence now in backing my race pace, backing my overtaking and taking some risks which maybe some more experienced engineers might be a little bit cautious of doing.

“He’s really backing his ability and that that makes me smile. I love seeing people believe in themselves and take a risk because I believe we’re all here because we’re good at what we do and we shouldn’t second-guess anything we do as I believe we’ll get it right more often than we get it wrong.

“I’m just trying to keep pushing Phil, he’s doing the same with me and it just seems to be starting to gel now.”