Brake line suspected as cause of Davison’s Indianapolis exit

Brake line suspected as cause of Davison’s Indianapolis exit 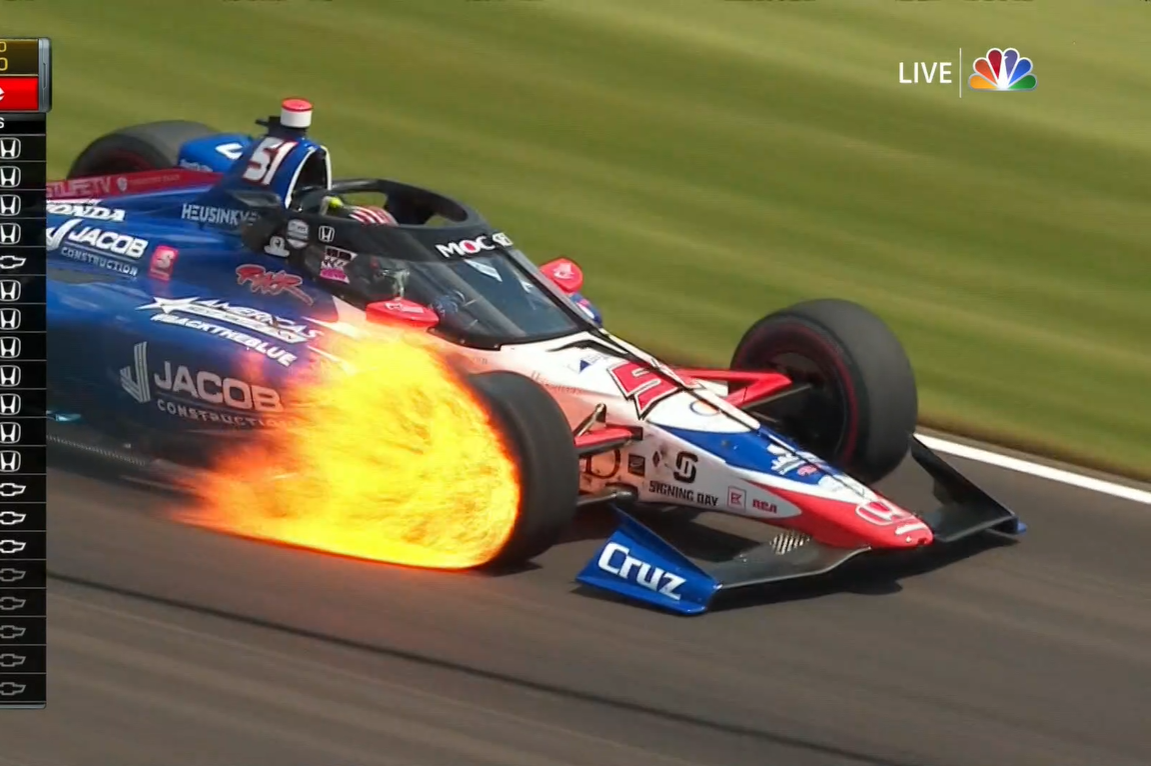 A pinched brake line is believed to be the cause of the spectacular failure which put James Davison out of the Indianapolis 500.

The brake rotor on the right-front corner of the #51 Dale Coyne Racing Honda was seen glowing before the centre of the wheel shot away from the car after just a handful of laps.

Now, it has been reported that clamping force on the front brakes reached 279psi despite Davison not touching the brakes, and temperatures exceeded 1800 degrees Fahrenheit (1000 degrees Celsius).

Although only the right-hand side exploded, the left-hand side was also affected.

“James thought it was the motor and stayed in the gas when it wasn’t accelerating like he expected.

“On the brake calipers, the pistons have magnesium caps, and those reached the melting point first. From there, it was pretty spectacular – it exploded the middle of the wheel out.

“The right side was the one that went first, but the other side was pretty hot, too. It melted some things, but didn’t have a chance to go off like the other one.”

Davison was credited with just four laps and classified last of the 33 starters.