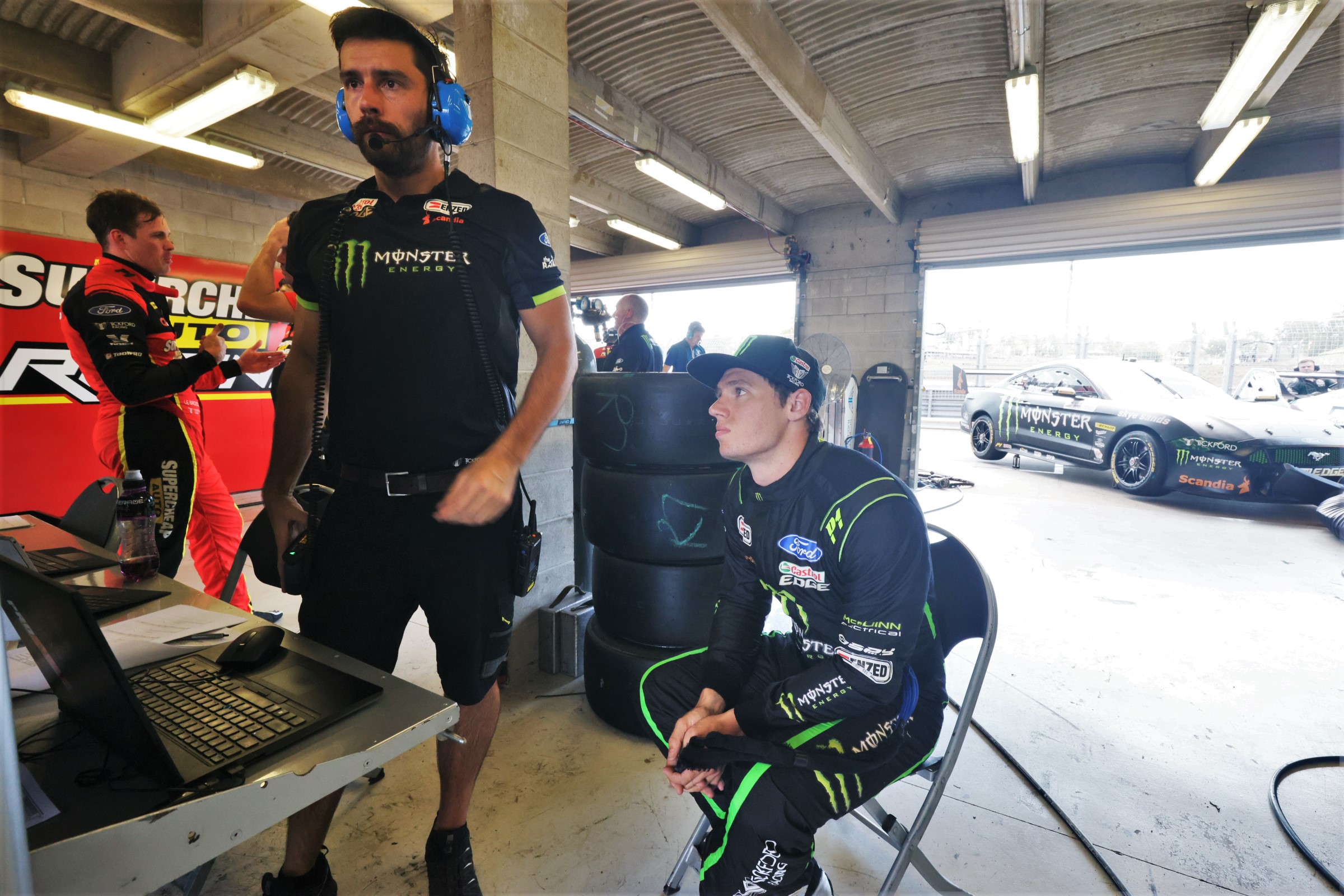 Cameron Waters says the effect of an extended spell on the road has “hit home” as he watches his Tickford Racing crew cope whilst away from their families.

The team was among five Melbourne-based outfits to depart Victoria ahead of a border closure with New South Wales on July 6.

Since then they’ve been on the road, contesting one round at Sydney Motorsport Park before setting up temporary workshops in and around the Gold Coast.

Following a double-header in Darwin, Supercars heads to the streets of Townsville this weekend for another double-header.

Beyond that, no plans have been officially confirmed. However, a double-header in Ipswich has long been rumoured, which may see teams return to their temporary bases in Queensland.

With this year’s Supercheap Auto Bathurst 1000 looming as the season finale, the teams are facing around 100 days away from their respective homes.

Speaking in the lead up to this weekend’s NTI Townsville SuperSprint, Waters said the period has been tough on the crews but spirits remain high.

“The morale in our team has been really good,” said Waters.

“It’s been good to see. At the end of this we’re either going to be really good mates or gonna hate each other, but so far, so good.

“For myself, I’ve actually been really enjoying being on the road. For me, it’s been like a big holiday checking out all the local scenic things to do.

“The bit that hits home is all the guys Facetiming their families at home.

“They’ve got little kids at home and got a few pregnant wives, so it’s definitely tough on the guys, but in saying that, they’re all sticking together and morale is very high.

Recent rule revisions have seen race distances shortened drastically, with no refuelling and pit stops limited to tyres only.

Le Brocq said the shorter race distances are less taxing on the drivers, but car preparation means the crews are still as busy as before.

“I think we’re okay, It’s probably more for the crew,” he said of the high-intensity period for the sport.

“We get a couple of days of downtime during the week, so it’s not too bad. Our races are quite short compared to what we usually do.

“For us, we can recover quite well. We’re trained to do this with the heat, I reckon the guys working flat out without any real time off between events is going to be tough for them.”

Waters said the team has been sending parts up and down the country to maintain its parts stocks.

“Obviously we’re working out of the tracks and that’s been a challenge for us,” said Waters.

“We’ve still been sending parts up from home and we’ve got everything we kind of need to stay on the road.

“The boys have been doing an incredible job making sure the cars are in top working condition and even sending parts up to make sure we’ve got everything we need to keep going us key.

“Tickford has been doing an amazing job, but (it’s) not just us, all the teams that are working on the road as well.”