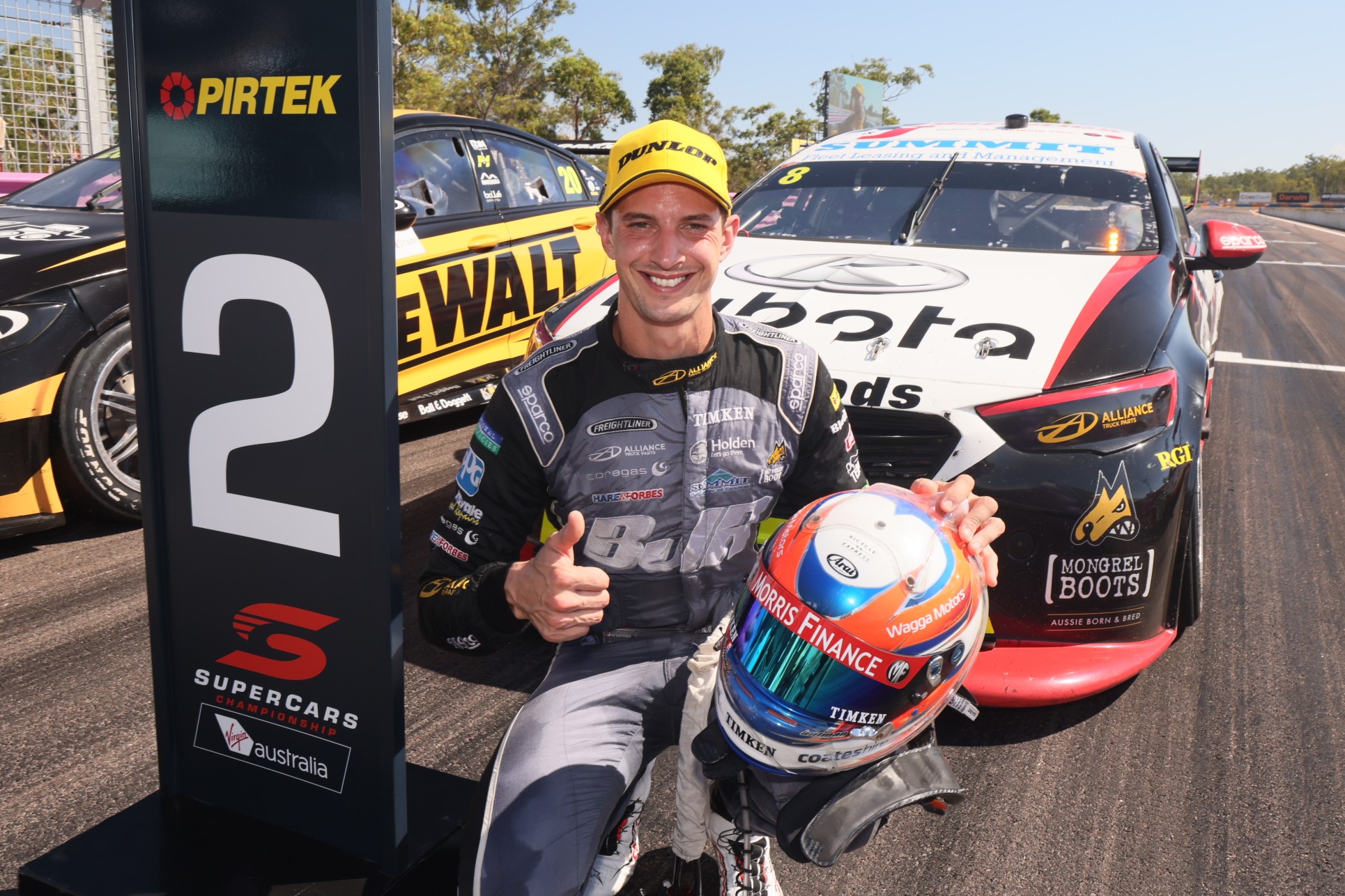 Nick Percat says the double-header in Darwin has allowed he and Brad Jones Racing engineer Andrew Edwards to make marked improvements to his Holden ZB Commodore.

Percat has twice won races in this year’s Virgin Australia Supercars Championship, claiming a victory in each of the Sydney SuperSprint events in June and July respectively.

Percat and engineer, Edwards, made some ‘big changes’ that saw him claim a second place finish in the second event.

“We had a really fast car (in Darwin) last week,” said Percat.

“Normally, as a driver, we come out on the Sunday night or Monday and throw the list of excuses out and don’t have to worry about it for a year.

“Now if you come out on Monday and say you’re going to go better next week because you’ve found problems with the car and you don’t, it’s a bit awkward.

“I enjoy it. Actions speak louder than words, so for us as a team, myself and AE (Andrew Edwards, Engineer) dug deep in the week to try and keep developing our car.

“On car #8 we’re always trying to develop with new partners and bits and pieces and take that step forward to try and catch the likes of T8 and Penske.

“We kind of throw some pretty big changes between myself and AE.”

He’ll have six more opportunities to win with the forthcoming Townsville SuperSprint events at the Reid Park Street Circuit across August 29-30 and September 5-6.

“It was nice to be able to come back a week later and have the same conditions, the same track, and that kind of thing,” said Percat.

“That makes that a little bit easier for developing the car.”

After a DNF in the first event at Hidden Valley Raceway, Percat fell to 12th in the drivers’ championship.

Since then, he’s recovered to fifth in the standings, which is currently led by Shell V-Power Racing Team driver Scott McLaughlin.

The Virgin Australia Supercars Championship continues with a double-header in Townsville across August 29-30 and September 5-6.