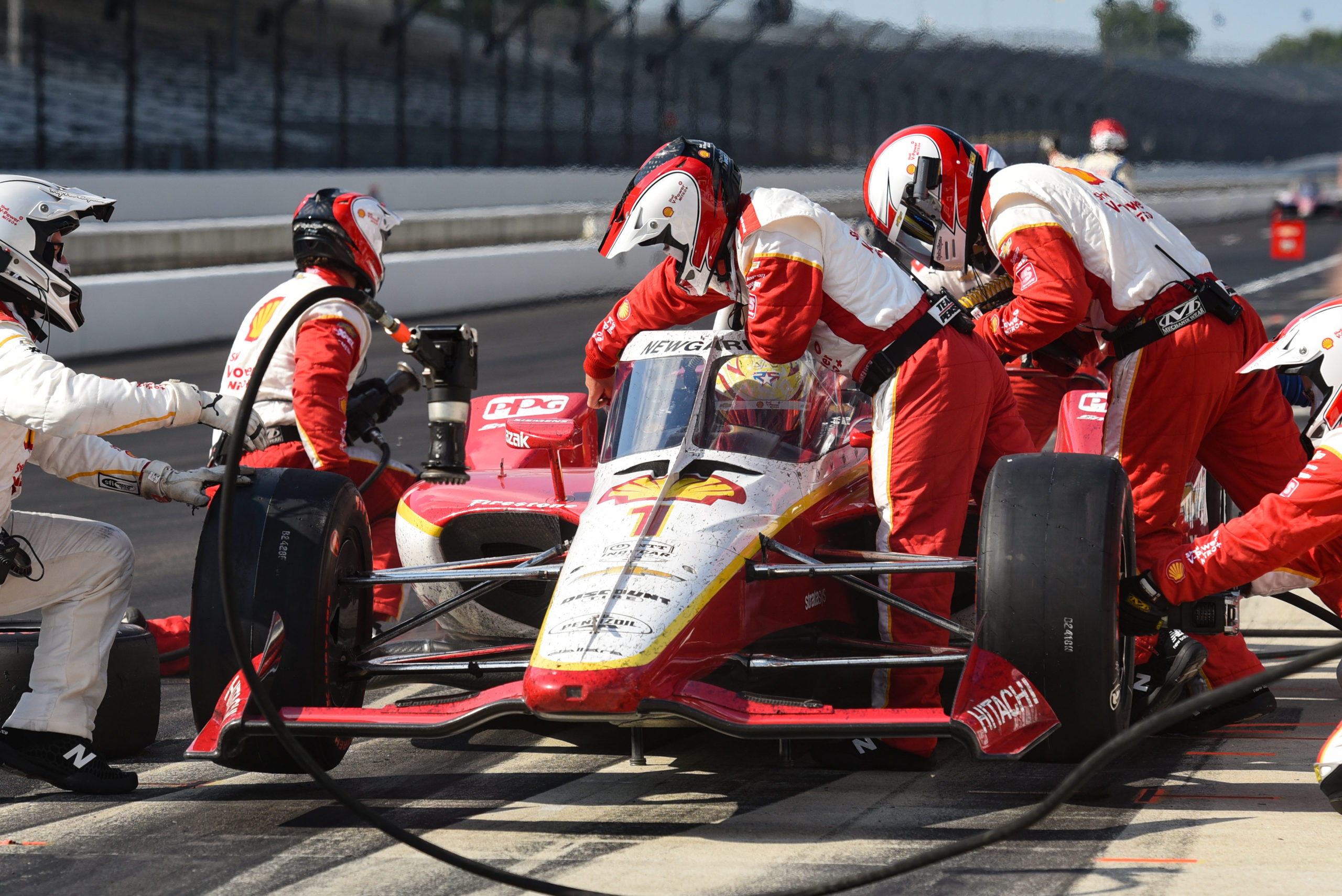 It was a lacklustre month at Indianapolis Motor Speedway for Team Penske’s drivers, with Josef Newgarden the only one of the quartet to reach the top 10 in this year’s Indianapolis 500.

Reigning series champion Newgarden vaulted from 13th to the top three ahead of the final round of stops, before dropping to fifth by race’s end.

While Honda drivers flourished when cars hit the track earlier this month, Chevrolet-powered entries battled, with the Penske cars well down on the list and looking unlikely to add a 19th Indy 500 crown to Roger Penske’s trophy cabinet.

Newgarden’s run loomed for greater things yet fell by the wayside, while Castroneves, Power and Pagenaud all went off strategy, the latter trio all running in the top four before a caution on half-distance threw them outside the top 20.

“It’s disappointing, for sure,” a frustrated Newgarden said after the race.

“Our Shell V-Power Nitro Chevrolet was fast. It was really, really good. We put ourselves in position there at the end of the race, which is all you can ask for.

“We actually came in with Sato on that last stop and maybe we should have went one lap longer. But in the end, we were a little behind the eight-ball on the final stint.

“We were working to unhandcuff ourselves. We just didn’t have what we needed. We were in position but couldn’t capitalise to take advantage of it.”

Power rose as high as eighth thanks to strong restarts, but a bad restart and error in the pits consigned the Australian to 14th.

Defending race winner Pagenaud, meanwhile, dropped out of contention after he was forced into the lane for a front-wing replacement following contact with Ryan Hunter-Reay.

“We made our way all the way up to eighth with really good restarts,” said Power.

“And then I feel like I got too good of a restart, so I was almost touching Colton (Herta) in Turn 4 and had to pull out to the outside.

“There is no draft there, and about three guys blew by me and then I got pushed wide in Turn 1. And the bad stop didn’t help us there. My bad.

“My guys worked really hard all month, and I just really have to thank them for everything.”

Sunday’s race marked the first time since 2002 that Team Penske didn’t have a driver on the front three rows, with Newgarden the quickest of the quartet.

Despite showing decent pace in his Menards entry, Pagenaud lamented poor qualifying pace as his race ended in traffic midway through the race.

“It was a real shame to start as far back as I did. I really do think that Chevy brought an incredible race engine. It had so much power. It was so good,” the Frenchman said.

“I think if we started further up, we would not have lost as much time in traffic. I feel like we had one of the best cars.

“We were just on the outside of Ryan Hunter-Reay and he just hit us in the front wing like we weren’t there. So, we had to pit for a new front wing, and it went downhill from there.

“At the end of the race, we were running, I think, is the fastest laps of the race. The car was really, really good and it would have been good for the last shootout, but it wasn’t our year.”