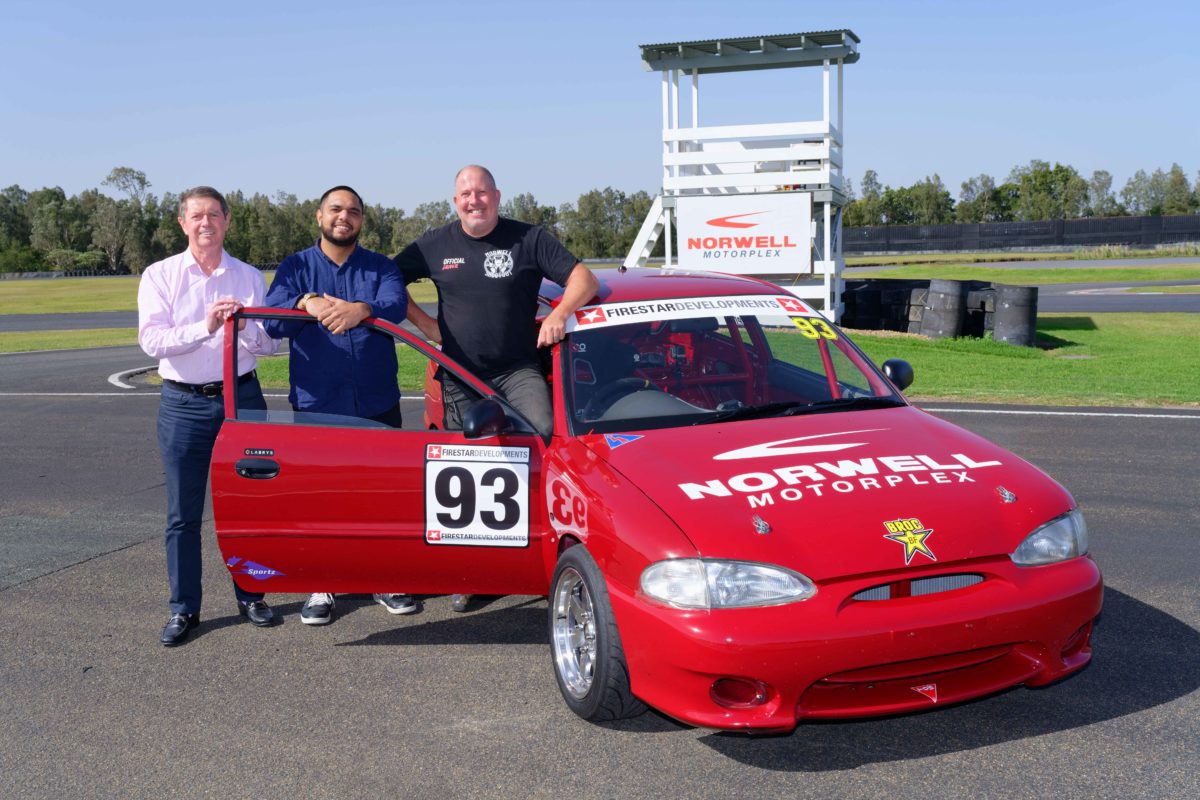 A project to help young indigenous Australians into motorsport has been launched in Queensland with the support of leading racing identities and Logan-based Aboriginal and Torres Strait Islander organisation Gunya Meta.

Called ‘Racing Together’, the initiative will kick off in Queensland this October with a pilot program for Aboriginal and Torres Strait Islander girls and boys aged between 12 and 16.

It is envisaged that the program will grow nationally and offer a place at the prestigious Ferrari Driver Academy.

The project has been conceived and underwritten by Australia’s delegate to the FIA, Garry Connelly AM and his wife Monique.

Connelly, who is the permanent Chair of the Formula 1 stewards, is regarded as one of the most proactive officials in world motorsport and was the driving force behind the Australian Motorsport Hall of Fame.

“Australian motorsport has not had any noticeable participation by our Aboriginal and Torres Strait Islander people,” said Connelly.

“Motorsport, like any sport, has enormous potential to provide a source of enjoyment, motivation, pride and employment to those who participate, be it as a driver, mechanic, race engineer or event official.

“The Racing Together project is designed to identify and then assist suitable candidates from a cohort of indigenous young people of both genders, in the 12 to 16 years age group, and provide them with an opportunity to pursue a career in our sport, as either a driver or a member of a race team.”

The pilot project will recruit participants from Logan City, on Brisbane’s southern outskirts, and take them on a two-day intensive training, education and selection programme at the Norwell Motorplex, which is operated by team owner and 2014 Supercheap Auto Bathurst 1000 winner Paul Morris.

Morris has offered significant assistance and support for the project, which is expected to include help from some of the success stories from his own motorsport academy; Anton De Pasquale, Brodie Kostecki, Broc Feeney and Holly Espray.

At the end of the weekend programme, the selectors will award one participant a scholarship to compete in an appropriate racing series or championship in 2021 with a competitive car, team facilities, tuition, equipment and travel costs.

Other promising participants will be involved in the team for 2021, including the possibility of helping to build a race car and crewing at race meetings.

All participants will be required to commit to remaining fully engaged with their schooling as part of the qualifying requirements.

“Gunya Meta is proud to work with Garry and Monique Connelly to deliver Racing Together, particularly because of how passionate the Aboriginal and Torres Strait Islander community is for Motorsport,” said Orcher.

“The love of cars and racing have been a part of our culture for a long time and is often shared in our families gathering to watch races or even working together to make or fix cars.

“Racing Together will create a path for indigenous young people to gain experience and skills that might help make representation of our Aboriginal and Torres Strait Islander community on the global motorsport stage a reality, something that has not been done before.”

Morris said he was excited about the next influx of young talent being linked with the Norwell Motorplex.

“The more young people we can get involved with the sport at any level is a great thing,” said Morris.

“I think this is a tremendous initiative from Garry and Monique and we look forward to being a valuable part of it as the effort is made to make it a national thing.

“There will be some great incentives to keep the kids motivated and that is leveraged by having the opportunity linked to their schooling commitments.

“How cool would it be to see a few of these kids working in the sport over the next few years?”

Mr Connelly said if the pilot programme was successful it would be extended to other regions of Australia, in consultation with indigenous community leaders.

Should a suitable driver candidate be identified after at least one year of competition, funding would be provided for participation in the Ferrari Driver Academy (Asia-Pacific), including circuit racing in Sydney in an FIA Formula 4 race car.

The project is supported by Motorsport Australia, which will provide permits and associated insurances.

Information about joining the program will be announced soon, but meanwhile enquiries can be made at [email protected].