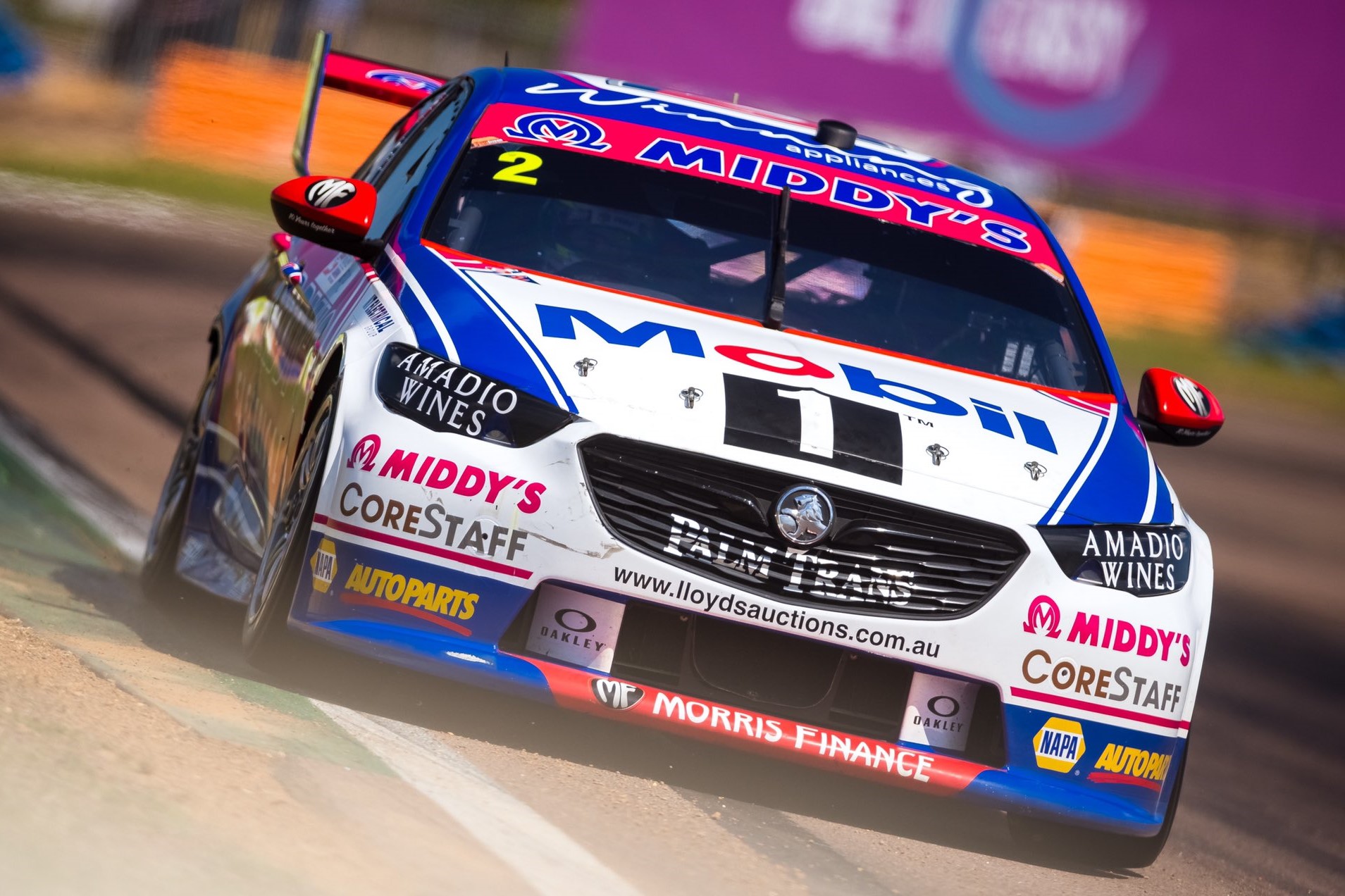 Bryce Fullwood says he’s happy with his personal performance despite a string of lowly finishes at his home events in Darwin.

Fullwood came to the second weekend of the double-header at Hidden Valley Raceway off the back of a trying weekend where he finished 21st, 18th, and 20th in the Darwin Triple Crown.

The Mobil 1 Middy’s Electrical Racing driver went on to have a promising start in the second instance, setting a competitive pace in practice before qualifying 10th for Race 16 of the season.

However, the three 38-lap races that followed in the Darwin SuperSprint proved to be a struggle for the 22-year-old.

Since the Virgin Australia Supercars Championship season resumed in mid-June, data logging has been restricted and some sensors have also been removed.

The rookie said he’s been struggling to keep up his early pace with a lack of data between sessions to analyse.

“It is tough not having any data and especially not having enough time to look through the information that we do have,” said Fullwood on Fox Sports’ Supercars Trackside.

“I’m a lot happier with my personal performance in qualifying and I think I did good yesterday.

“We were really hampered this morning by warped front rotors so that really killed my confidence and lost a lot of time just to Turn 1 under brakes with those rotors.

“That was a bit unfortunate but we just really need to turn the race car up.

“It’s a bit ugly but we’ve found a way to get speed out of it and now we need to really try to work out what we have to do from a race car point of view to try to make it last.”

“I feel a bit disappointed that I wasn’t able to maximise more in the race,” he added.

“I mucked up a couple of starts and whatnot and just feel like from a personal point of view I didn’t put the race together as best as I possibly could.

“It probably didn’t cost me a lot. We struggled a lot with our car but from a performance point of view, in qualifying on the green tyre, I was really happy with my gains from last weekend to this weekend.”

Fullwood’s weekend was highlighted by an early battle with Shell V-Power Racing Team driver Fabian Coulthard who harried the youngster in Race 18.

The battle ultimately saw Fullwood nudged wide by Coulthard who touched the back of his Holden ZB Commodore.

Jack Le Brocq and Rick Kelly both drove past Fullwood, who came to the pit lane at the end of the lap of the incident. Coulthard was duly given a five-second penalty for the contact.

In spite of that, Fullwood said he was proud of his efforts in the fight for position.

“At the start of that last race, I was up there racing with guys that have a lot more experience and have been doing it a long time,” said Fullwood.

“In that last race we had a really weak car so I was struggling to keep them behind me there for a while.

“Fabs, behind me, had a hell of a lot stronger car. We just need to work out what’s holding us up in the race car and then I can try to carry it a bit better.

“I definitely learned a lot this weekend, had a lot of fun racing hard, I won some battles, lost some battles but equally had plenty of fun and looking forward to going racing again next weekend.”

It’s a quick turnaround between events for Fullwood who heads to Townsville for a double-header at the Reid Park Street Circuit on August 29-30 and September 5-6.