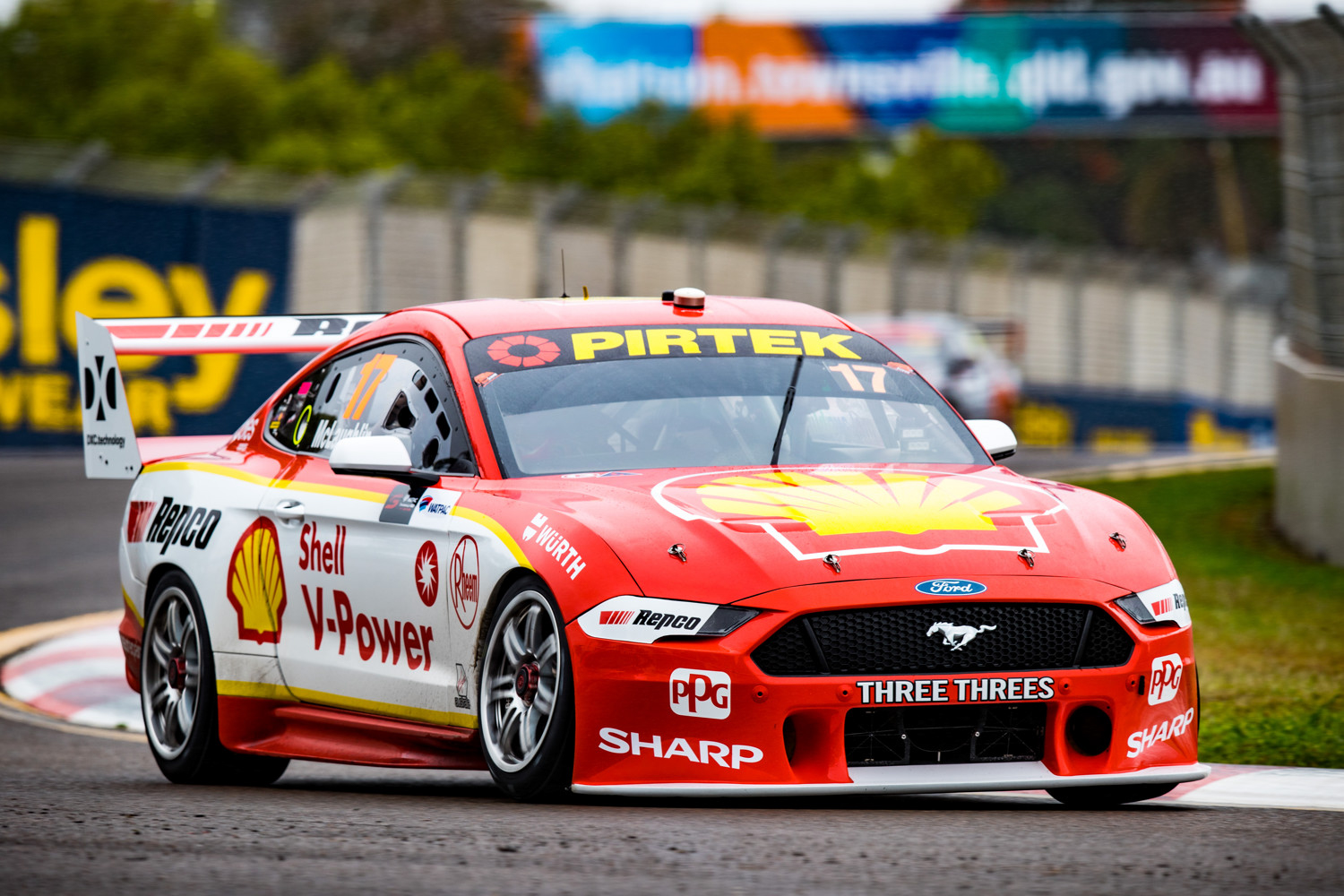 The Virgin Australia Supercars Championship is set to host back-to-back rounds at the Reid Park Street Circuit over August 29-30 and September 5-6.

The part-parklands, part-street circuit is typically high on tyre wear according to the Shell V-Power Racing Team driver.

After two rounds at Hidden Valley Raceway where tyre degradation was low, the two-time Supercars champion said the Townsville rounds will be challenging.

“I think it will be interesting when we go to Townsville because there’s actually deg there,” said McLaughlin.

“I think you’ll see more of a strategic battle with the tyres. We all sort of said there’s not much deg (in Darwin) so the races (were) going to be a bit bland.

“To be honest, the racing last week was alright, but it wasn’t as crazy as SMP,” McLaughlin said of the first event in Darwin.

“Once you get a little bit of deg going and like we’ve all talked about – and I think that goes into the theory of having a softer tyre, that degs harder, that you can drive faster, you can pass cars, but you can also get punished for that as well – I feel like we’ll see more of that story next week.”

In Race 17 the Team 18 pilot ran long on his first set of tyres and pitted late for a comeback drive to third.

Then in Race 18, Pye pitted early to get an undercut and claim third place ahead of team-mate Mark Winterbottom who ran the inverse strategy.

Pye said strategy in Townsville will be challenging as drivers try to preserve their tyres for the duration of the three 39-lap races.

“I think that’s going to be a really interesting thing with the strategy,” said Pye.

“For us, going long seems strong. With the last race (in Darwin) we went early and we kind of made it work.

“With deg not being as high as it will be in Townville, it doesn’t have a massive impact if you were to go early. It’s going to be tough to get it right.

“Hindsight is going to be a powerful thing there, but we’ll hopefully roll the dice and get something out of it as well.

“First of all, car speed is number one, so we’ll focus on getting that first then worry about the rest later.”

Having claimed three wins on the trot in the Darwin SuperSprint, McLaughlin said he preferred to race primarily on the soft compound.

“Our car is fast on one tyre and (it’s) probably less of a lottery,” McLaughlin said of the soft tyre weekends.

“I think it’s great for the sport what’s going on, but I do like proving our car pace and I think there’s a lot of hard work that goes into how fast our cars are.

“Being able to prove that and show that is always a good thing for us and a proud statement for our team.”

Percat added, “I think the racing is quite good when it’s the mixed tyres. We see a lot of passing with tyre deg and different compounds.

“I just enjoy driving on the soft more often than the hard because it’s more racy and you can drive the cars harder and not feel like you’re driving around on egg shells.

“I prefer to race on the soft in every race because it’s more enjoyable, but to be honest, whatever gets the viewers’ attention and to the TV and the interaction with all of our fans is the best thing for the championship.

“If we have mixed tyre races, it means there’s a little bit of a lottery in one of the races where people will throw tyres at it or, say, Scotty Mac might not win it.”