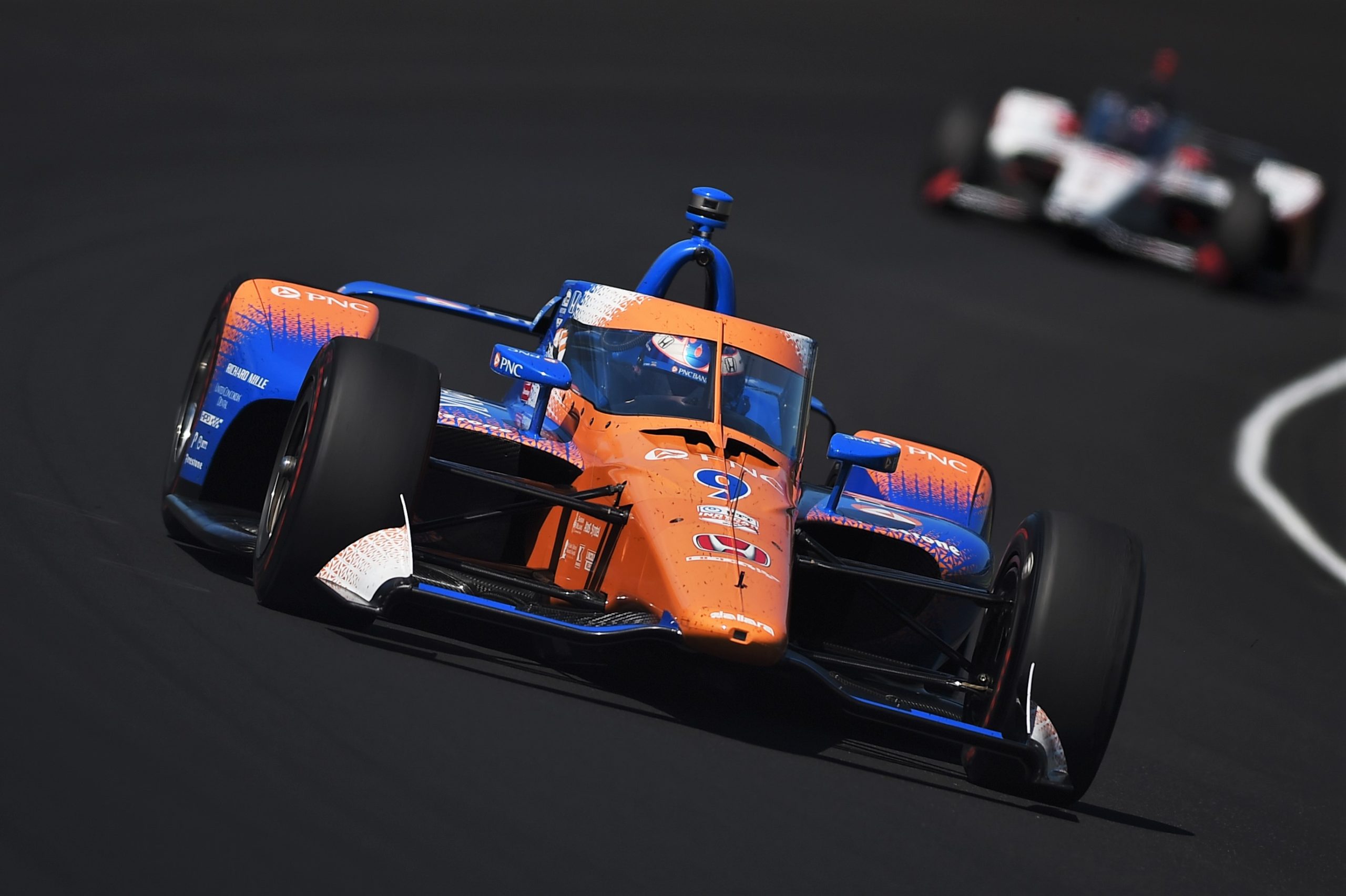 Runaway IndyCar Series points leader Scott Dixon has lamented finishing second in the 104th running of the Indianapolis 500 despite dominating the race.

Dixon followed eventual winner Takuma Sato to the line under yellow following a late caution triggered by a heavy accident for Spencer Pigot.

While Sato went on to win a second Indy 500 crown following his 2017 breakthrough, Dixon was left licking his wounds after losing a race he had led for 111 of its 200 laps.

Immediately after the race, Dixon told the broadcast he doubted Sato could make the finish on fuel, yet the late caution erased all doubt.

Instead, Dixon was left wanting, and his 2008 Indy 500 victory remains his only triumph in the marquee event.

“It was definitely a good day. Everything we did, strategy, was on point. We definitely had a pretty fast car,” the five-time series champion said after the race.

“We knew it was always going to get tricky at this point of the day. We thought we kind of made the right call.

“When we ran the first couple laps after the last restart, we couldn’t get the fuel mileage we needed to finish the race. We went to a leaner mixture, just kind of sat there. We didn’t think they were going to make it on fuel.

“Seemed like there was a hesitation maybe about 15 to go or 12 to go where I got beside him on the straight. It’s like they started to go to a lean mixture, then they decided it was just too slow, so they kind of went back at it.

“I probably should have been a little more aggressive on that high side there. I think he would have just run me up anyway, which maybe would have put both of us in the fence, or maybe just me.”

Sato overtook Dixon on the inside of Turn 1 on Lap 158, 12 laps before Dixon made his final stop.

As the final stint played out, Sato and Dixon battled through traffic and the Chip Ganassi Racing driver made numerous attempts on the pit straight into Turn 1, only for Sato to hold his line.

Looking back at his final stint assaults, Dixon admitted he could have pushed Sato harder, but conceded his car wasn’t strong enough in the closing stages.

“Maybe we should have gone harder. Maybe we would have run out of fuel and been in the same position,” he said.

“I don’t know what was the right call. Just shows you, when I was asked if I wanted to be leading with five laps to go yesterday, absolutely, especially with a scenario like this.

“Definitely hard to swallow for the team. Massive thank you to the 9 car crew. They did a tremendous job on pit road today, strategy, everything we could.

“Got to say congrats to Sato, too. He drove a hell of a race. They were victorious. He’s drinking the milk, and that’s what counts.

“Once we started to chase or catch that pack ahead of us, there was about six cars maybe about 15 to 20 laps to go, the speeds jump up a lot. You also get a lot more disturbed air, so it becomes harder to pass that person in front or get a run.

“Car could have been a little bit better at the end… I don’t think they would have made it on fuel. It’s unfortunate that’s the situation I chased.

“I think there’s always many turning points that you could have done a little bit different. Ultimately if it had gone green all the way maybe he would have run out of fuel.