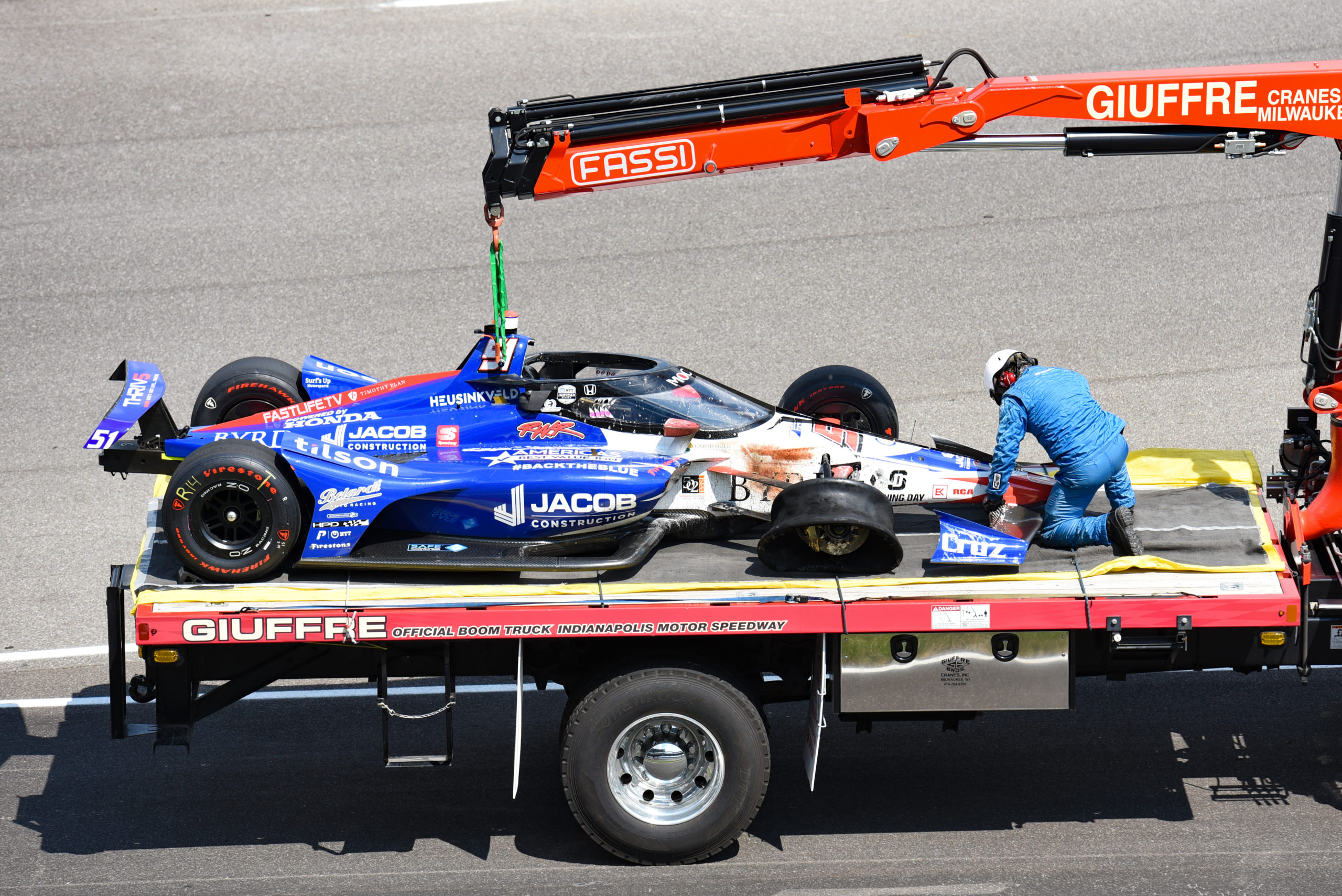 James Davison was left dumbfounded after his early exit in the 104th running of the Indianapolis 500 following a dramatic and fiery brake failure.

The Australian’s sixth Indy 500 start ended just six laps into the 200-lap race when his Dale Coyne Racing with RWR/Byrd/Belardi car suffered a front-right brake issue that caused the wheel to catch alight.

On the back straight, the wheel centre exploded, Davison bringing the car – flaming front-right and all – safely to a halt near pit entry.

It was the first of seven cautions in the race, which was won by Rahal Letterman Lanigan Racing’s Takuma Sato.

Davison started the race from 27th, with his fortnight highlight a ninth-placing in Thursday practice ahead of qualifying weekend.

The 33-year-old also steered a Rick Ware Racing-run Ford Mustang to 30th in a NASCAR Cup Series race at the Daytona road course last Sunday between his Indy 500 commitments.

However, speaking after the race, Davison couldn’t hide his confusion over his race-day drama.

“The front brakes were stuck on, and in the end, the temperatures went through the roof,” Davison said outside the Indianapolis Motor Speedway medical centre.

“Obviously I’m very disappointed. It’s incredible to be out of the Indy 500 within the first couple of laps and in those circumstances.

“I can’t remember when something like that has ever occurred. It’s craziness but again, it’s still 2020.”

A bizarre end to James Davison’s chances of an #Indy500 win.

James has been released from the infield care center and is okay. Definitely not the way we envisioned our debut in the #Indy500, but glad James is okay. pic.twitter.com/LByoPJFrGE