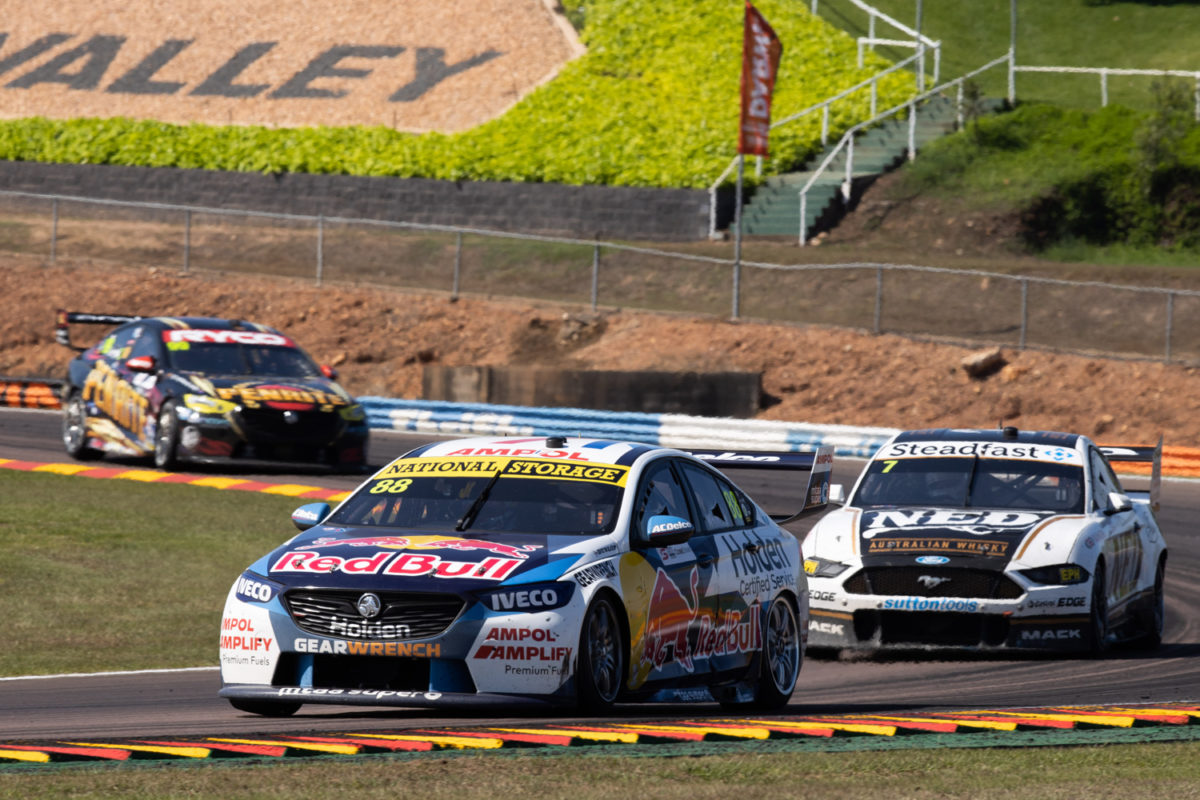 Jamie Whincup has lamented twice qualifying on the fourth row for setting up two tough races at the CoreStaff Darwin SuperSprint.

Whincup put his Red Bull Holden Racing Team entry eighth on the grid for Race 17 and seventh for Race 18, and went on to finish those encounters in sixth and seventh respectively.

In the former of those races, he saw off pressure from Nick Percat, but opted not to try and fight Chaz Mostert and Mark Winterbottom when they were stronger after their pit stops in the latter.

“Today wasn’t the best day for me, unfortunately,” said Whincup, who was second in Saturday’s Race 16 of the Virgin Australia Supercars Championship.

“We didn’t quite get the balance right in qualifying which meant we qualified seventh and eighth for today’s races, and it was always going to be a tough day from there.

“We fought hard and I think our strategy was good and we did everything we could to make up a few spots in the race, but with the cars so even and consistent it’s difficult to really charge through the pack.

“With cars on different strategies as well, it’s difficult to get clean running in the middle of the race – you’re either blocked behind someone at the start of the race or blocked up waiting to pit late.”

Whincup leaves Hidden Valley with the third-highest points haul from the event, and remains second in the championship, although he drifted to 177 points behind Scott McLaughlin, who won all three races.

“Overall, we finished third for the round which isn’t too bad, but unfortunately, we couldn’t improve from last weekend, whereas a few other teams did,” added the seven-time champion.

“The car is pretty battered after a few battle wounds from two consecutive weekends of racing as well.

“Everyone’s pretty buggered after two hot weekends in Darwin so we’ll pack the truck, regroup, have a quick stop at home and head up to Townsville for another double-header.”

In the other Triple Eight Race Engineering entry, Shane van Gisbergen moved up to third in the championship, a net gain of one spot over the course of the weekend, after race results of eighth, second, and fifth.