Miller: Sore shoulder ‘like a knife in my back’

Miller: Sore shoulder ‘like a knife in my back’ 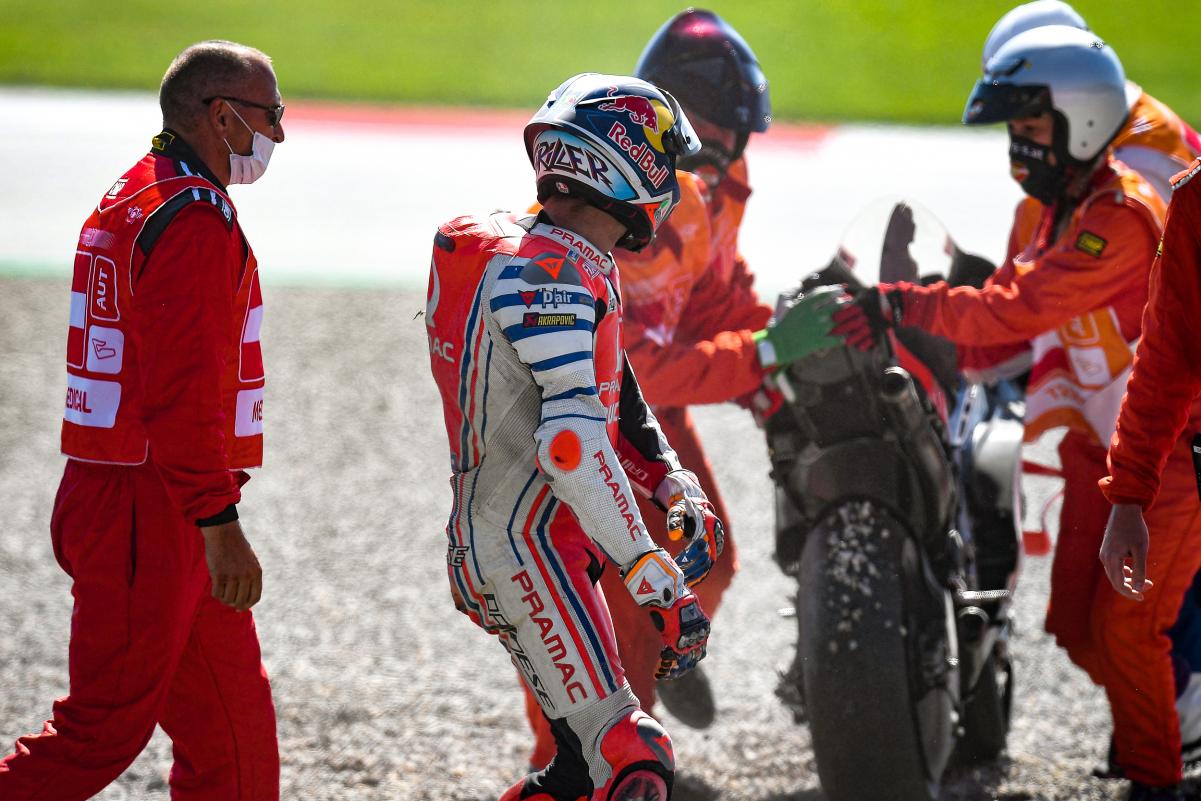 Jack Miller is no certainty to race in the Styrian MotoGP due to a crash which meant his right shoulder “felt like a knife in my back” under exertion.

Miller rode through pain to qualify fifth-fastest for the second Red Bull Ring race, which he is set to start from fourth in light of Johann Zarco’s pre-existing penalty.

The Pramac Racing rider did so hours after a spill at Turn 6 in Free Practice 3, and, having made a late start to Free Practice 4, notched up only two, two-lap runs in that final session before qualifying.

“The shoulder was not bad (initially),” recounted Miller.

“I had some pain – I mean, you saw me walking away from the bike – but it seemed to be not too bad.

“But then, once I started riding again, not so much the braking – sitting upright, braking is okay – but as soon as my shoulder’s sort of level, when we’re tucked in or trying to counter-steer the bike, pushing and pulling with the right arm is nearly impossible.

“What we are hoping… I did an ultrasound here; there’s no tears, nothing like that at the moment. It just seems to be maybe a trapped nerve or trapped actual muscle, so we are waiting to find out; that’s the whole idea of getting the MRI done is so we have a clearer picture of what it is.

“The feeling I have is more like the muscle had a bit of a trauma this morning and it was like locked, basically, and then in protection mode. I had no power and when I did force the issue, it felt like a knife in my back.

“So yeah, a lot of ice on and off tonight and try to do the maximum to be as fit as possible for tomorrow’s grand prix.”

Asked for his thoughts on racing, the Australian remarked, “28 laps is a long time but we’ll do the maximum, see what we can do.

“I was able to do a lap time today, which was already a bit of a surprise to me, but I was able to at least bite my teeth and go for it, but we’ll see tomorrow.

“The biggest thing I feel like now is I need a night to sleep on it; it just needs a night to recover.

“I’m an optimist so hopefully I wake up in the morning and feel like roses.”

Miller finished on the podium at the Red Bull Ring seven days ago and, should he be fit to race, will be the highest-starting Ducati rider at a circuit where the Italian marque has won every grand prix since its return to the calendar in 2016.