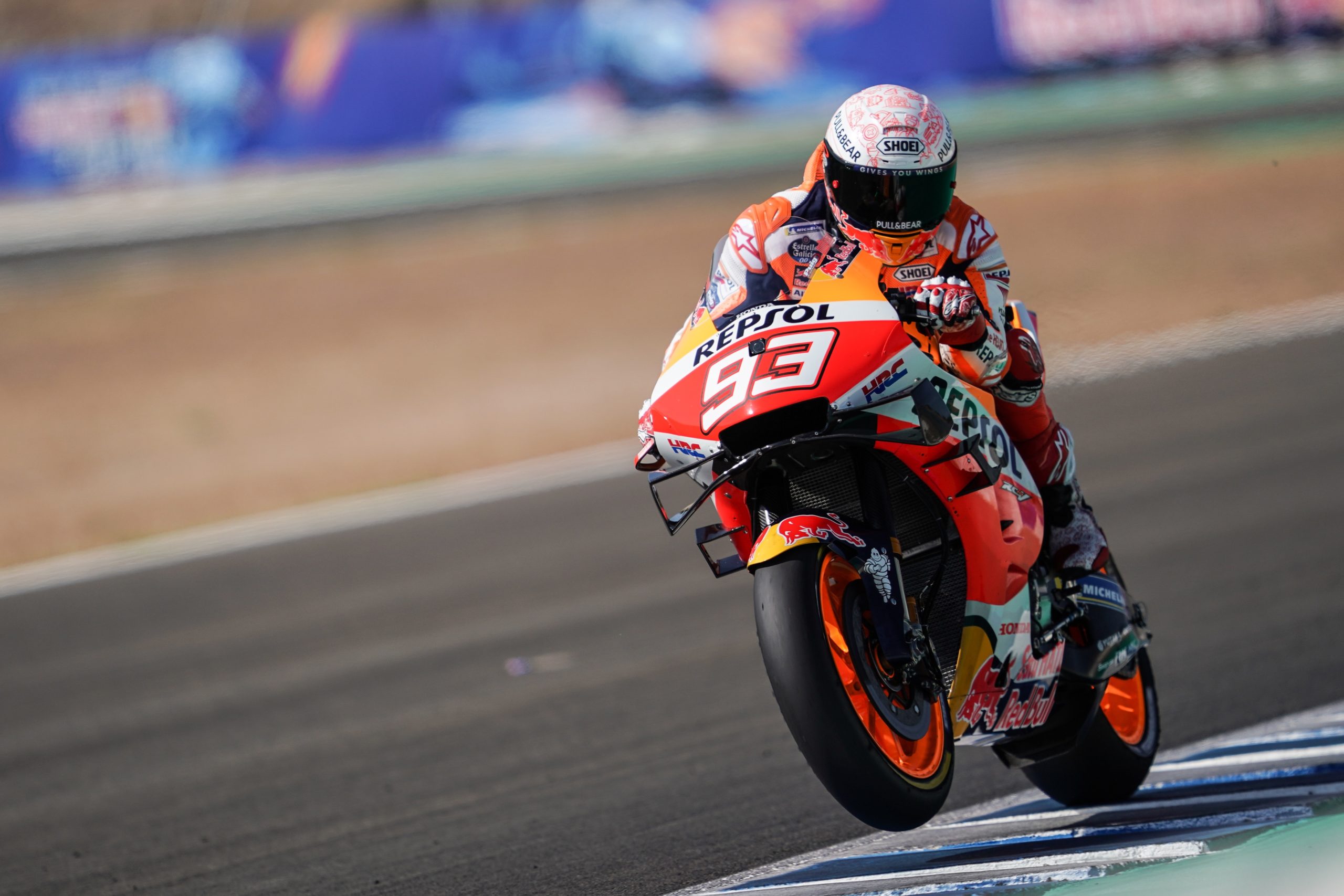 Honda has confirmed Marc Marquez will not return to MotoGP for another two to three months as he recovers from a broken right arm.

Marquez crashed heavily during the season-opening Spanish MotoGP while trying to make a comeback after an earlier off in the race.

Marquez duly underwent surgery two days after the incident for a broken humerus.

The six-time MotoGP champion sought to return the following weekend at the Andalucian MotoGP, also at Jerez, but was unable to race due to swelling.

It was initially hoped Marquez would return for the third round of the championship, the Czech Republic MotoGP at Brno. However, a plate in his arm broke and required a second surgery.

Since then, Marquez has been an omission from the grid with Stefan Bradl taking the reins of the RC213V alongside rookie Alex Marquez at the Austrian MotoGP last weekend and the Styrian MotoGP this weekend.

There were hopes Marquez might return in mid-September for the sixth round of the season, the San Marino MotoGP at Misano, but those hopes have been quashed by Honda.

“There has been a lot of talk about Marc’s recovery and the various deadlines, but from the first day after the second operation we have said that the only objective that exists is for him to be one hundred percent,” said Honda Team Manager Alberto Puig.

“We do not want to rush. Once Marc is in a position to return and compete at the level he knows, then we will think about the next objective.”

In a statement from the team, the Honda Racing Corporation said it had not set a specific race for when Marquez might return.

“The MotoGP World Champion together with HRC, have consulted with and compared the opinions of a number of specialists in regard to the injury to the humerus of the right arm that Marc suffered on July 19 at the Spanish Grand Prix,” the statement read.

“As a result, all parties have decided to modify the planned recovery process. The objective of both Marquez and the Repsol Honda Team is to return to the World Championship when Marc’s arm has fully recovered from the serious injury that occurred in Jerez.

“It is estimated it will take between two to three months before Marc can return to the RC213V. HRC has not set a Grand Prix for the return of the reigning World Champion and will continue to report on the evolution of his recovery.”

The news all but rules Marquez out of an already unlikely title bid. The riders’ championship is currently led by Fabio Quartararo of France on 67 points.

Round 6 of the MotoGP season takes place at the Red Bull Ring at 22:00 AEST.