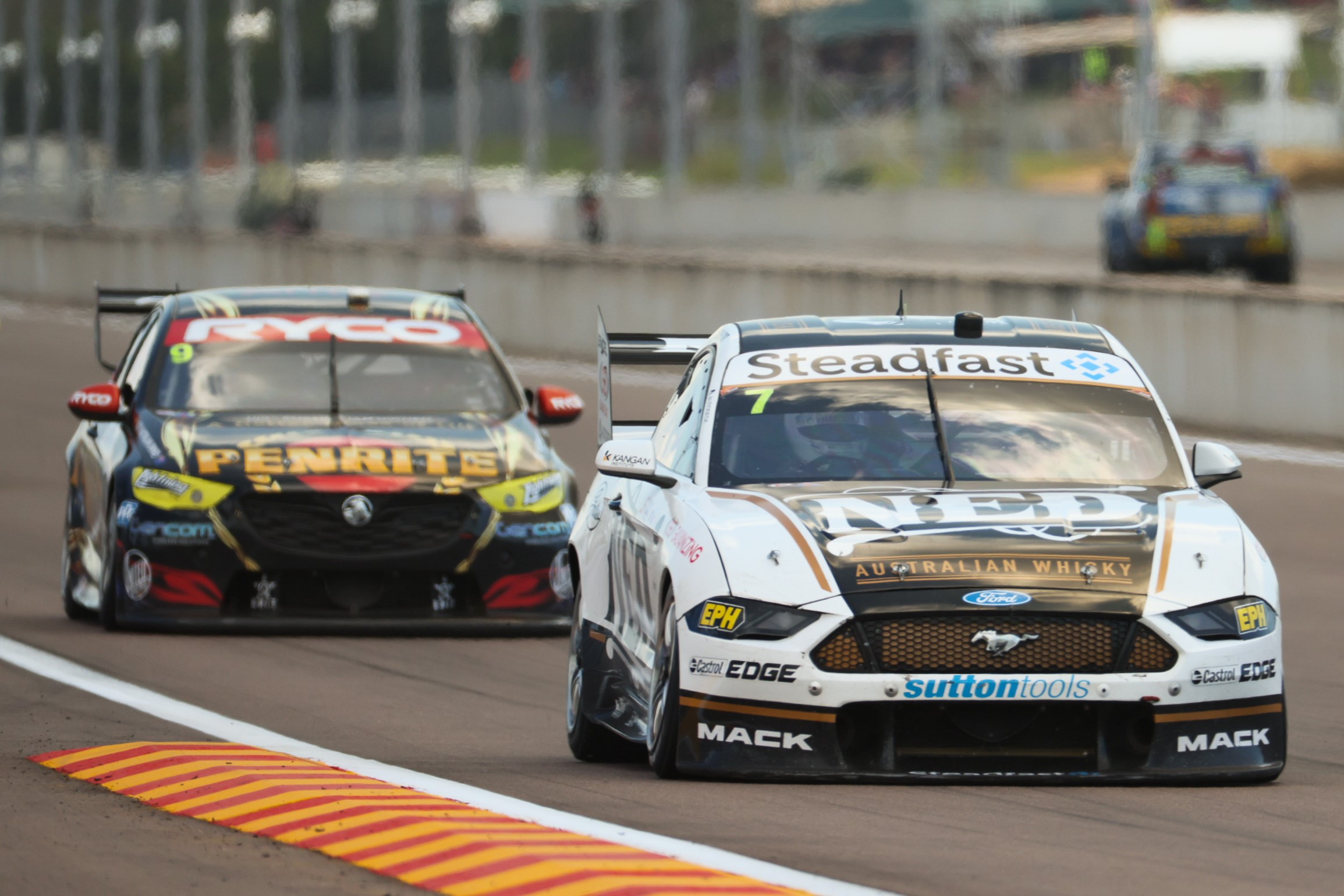 Andre Heimgartner says he and his Kelly Racing crew were left scratching their heads after a technically challenging weekend at Hidden Valley Raceway.

Heimgartner progressively improved over the course of the CoreStaff Darwin SuperSprint, finishing 15th, 10th, and ninth across the three 38-lap races.

The Ned Racing driver said he struggled to find the right set-up window for his Ford Mustang.

“We really were scratching our heads at the start of the weekend,” said Heimgartner on Fox Sports’ Supercars Trackside.

“It was like we needed something from both ends of the car and when that happens, you don’t know which way to go.

“We were trying stiffer springs, softer springs, ride height, roll centre, all sorts of stuff to try and get it to go and it had no reaction.

“It’s a credit to the guys that overnight they managed to actually find something and today, to get two top 10s out of that is pretty good.”

The team has been plagued by several issues since switching from a four-car Nissan Altima-based operation to a reduced two-car Ford Mustang fleet.

Most recently, the team was forced to complete partial engine rebuilds on both of their cars as well as their spares after a potentially catastrophic engine valve guide issue was discovered.

Electrical dramas cropped up at the season-opening Adelaide 500, which re-emerged at the first leg of the double-header at Hidden Valley Raceway, the Darwin Triple Crown.

The team is also carrying overweight engine blocks. Due to the ongoing coronavirus pandemic and disruptions to the calendar the team hasn’t been able to perform those weight reductions.

The results contrast what was a strong run for Heimgartner earlier in the year at Sydney Motorsport Park where he claimed pole position and a podium for the team.

Heimgartner said the team is still coming to grips with its new package, lamenting a stall in progress at Hidden Valley Raceway.

“It’s a new car for us and we’re still hamstrung by a few little things with the engine weight and a few refinements we have to know,” said Heimgartner.

“We don’t know where the window of the car necessarily is. We thought we found it at Sydney when we were fast there.

“We came here and it wasn’t too bad but everyone has moved on and it was clear that wasn’t the window that suited this track. We’re still learning what we need to do.

“Unfortunately, being a two-car team and with the rushed format we haven’t got time to go home and review all the data and look over all that stuff for two weeks.

“We’ve only really got three or four days to get our thoughts together and go again.

“All the guys will be on the couch and I’m sure there will be plenty of time on their 10-hour days to look through the data and try to figure out where we can improve.

“The good thing is there are lots of areas to improve outside the car for the team and me so it’s all positive.”

The Virgin Australia Supercars Championship resumes in Townsville for a double-header at the Reid Park Street Circuit on August 29-30 and September 5-6.