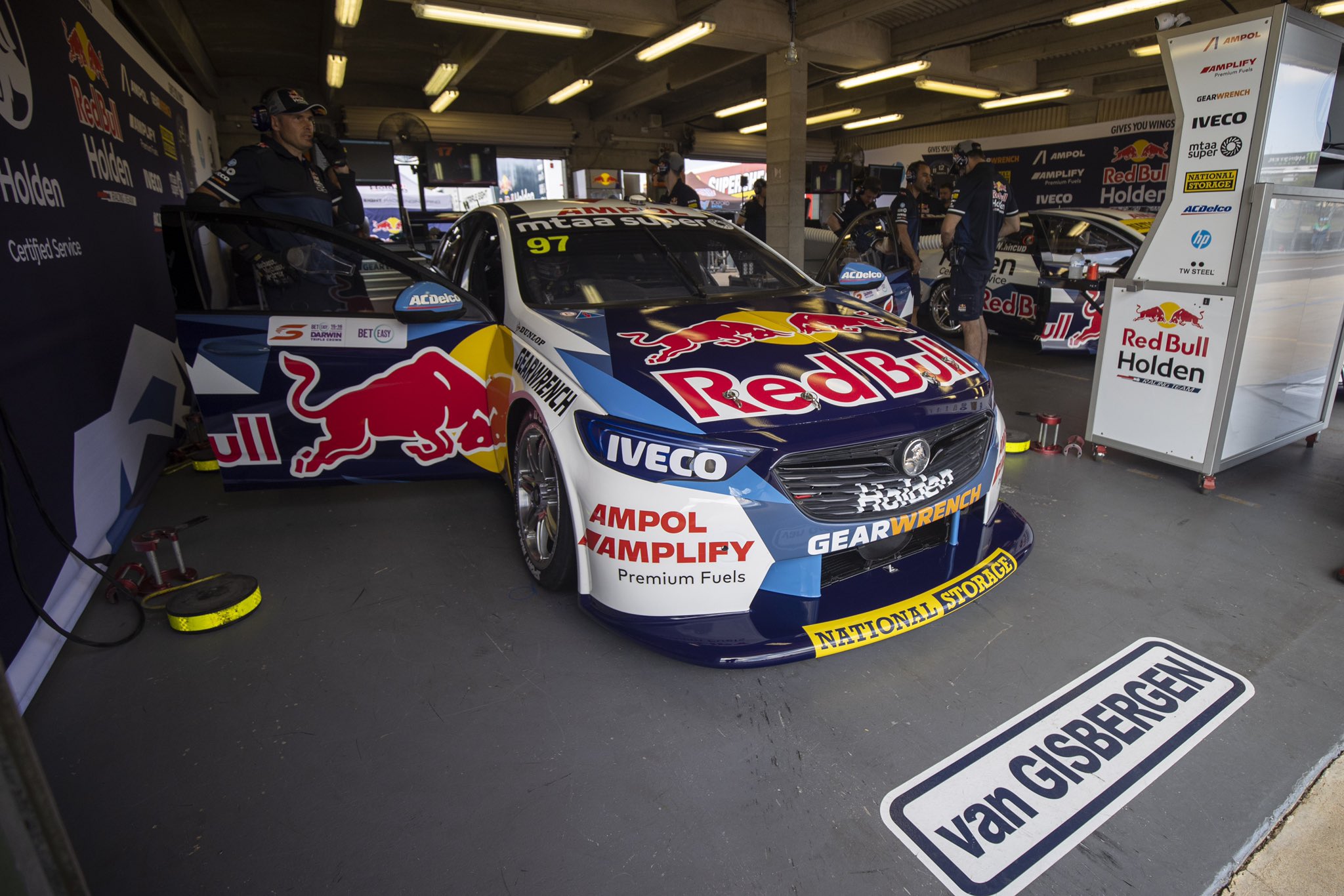 The Red Bull Holden Racing Team’s Mark Dutton is hopeful but not “100 percent sure” an engine change will resolve a lingering straight-line speed issue for Shane van Gisbergen.

The team decided to complete an engine change on the #97 after van Gisbergen struggled in Race 16 at Hidden Valley Raceway.

Dutton said the team first noticed the issue in the first leg of the Darwin double-header last weekend where van Gisbergen recorded finishes of fourth, third, and eighth.

Speaking with Speedcafe.com, Dutton said a range of changes in between rounds had not made much difference, meaning an engine change was the next step for the team.

Recently introduced restrictions on data acquisition have also proved challenging in the team’s efforts to pinpoint the issue.

“We saw a bit of a speed differential between the cars at the first Darwin event last week,” said Dutton.

“So we tried a few things just to try and isolate what we think the issue could be. It seemed like the issue was getting slightly worse, not improving.

“With limited data these days it’s even harder to diagnose issues so we went for the big bolt change because we could, which was to change the engine.

“We’re not 100 percent sure if it is the engine. Obviously it’s a straight-line performance thing. You usually swap out some of the big things to see if they make a noticeable difference.

“We still go over the car with a fine-tooth comb to make sure there are no other issues with the car.

“Shippy (Grant McPherson, Engineer) has been working on the set-up to improve the drive off the corner as well.”

Dutton said the issue is a “double-edged sword” as the team prides itself on engine reliability.

Plans are being hatched to have the engine put on a dyno after this weekend’s CoreStaff Darwin SuperSprint.

“Half of you hopes that there’s nothing wrong with the engine because our engines are classically very, very reliable, but then the other side wants the engine change to have made all the difference,” said Dutton.

“We’ll see what we end up with today. It’ll go back on the dyno and see if there has been any power loss and then from there make a call what the level of issue is.

“We’ll look into how we best transport that engine and make sure we’re on top of all our other ones.

“We’ve got some trucks going up to Townsville for the Excel races and RD (Roland Dane) with his Camaro and Jag, so we’ve got a bit of space.”

Whincup and van Gisbergen will be on track at 10:20 local time/10:50 AEST for back-to-back qualifying sessions for Race 17 and 18 at Hidden Valley Raceway.