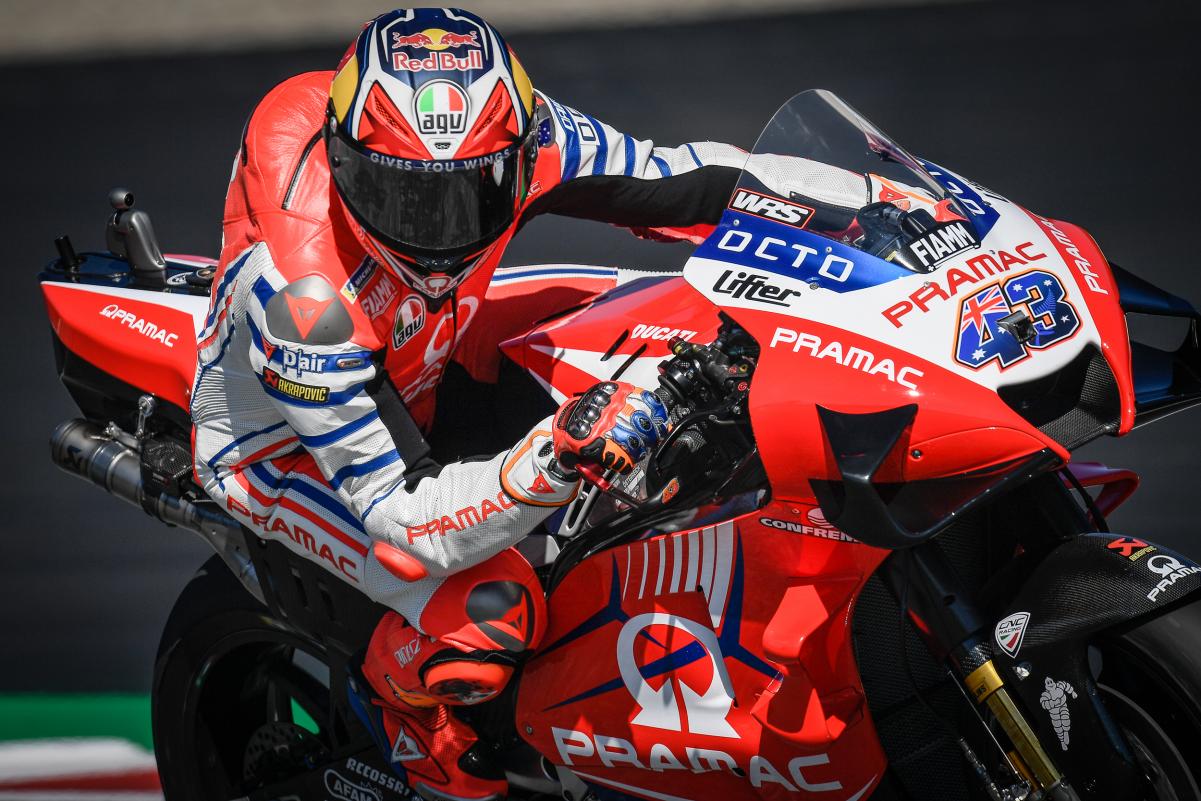 Andrea Dovizioso went fastest in the Warm Up for the Styrian MotoGP while Jack Miller ended up sixth-quickest a day after a crash left him with sharp shoulder soreness.

Miller amassed 11 laps across three runs in the 20-minute session at the Red Bull Ring, which ran in dry yet overcast conditions after overnight rain.

The Pramac rider’s fastest lap was a 1:24.540s with soft Michelin tyres front and rear, while factory Ducati counterpart Andrea Dovizioso set the pace with a 1:24.126s with a soft hoop on the front and medium compound on the rear.

According to MotoGP’s television world feed, Miller sustained tendon damage after the Free Practice 3 spill which left his right shoulder feeling “like a knife in my back” under exertion in subsequent sessions.

Pole-sitter Pol Espargaro (Red Bull KTM Factory Racing) ended up 11th having gone as quick as a 1:24.758s with a medium front and soft rear.

Miller will line up fourth on the grid, highest of the Ducati riders, when the race gets underway tonight at 22:00 AEST.