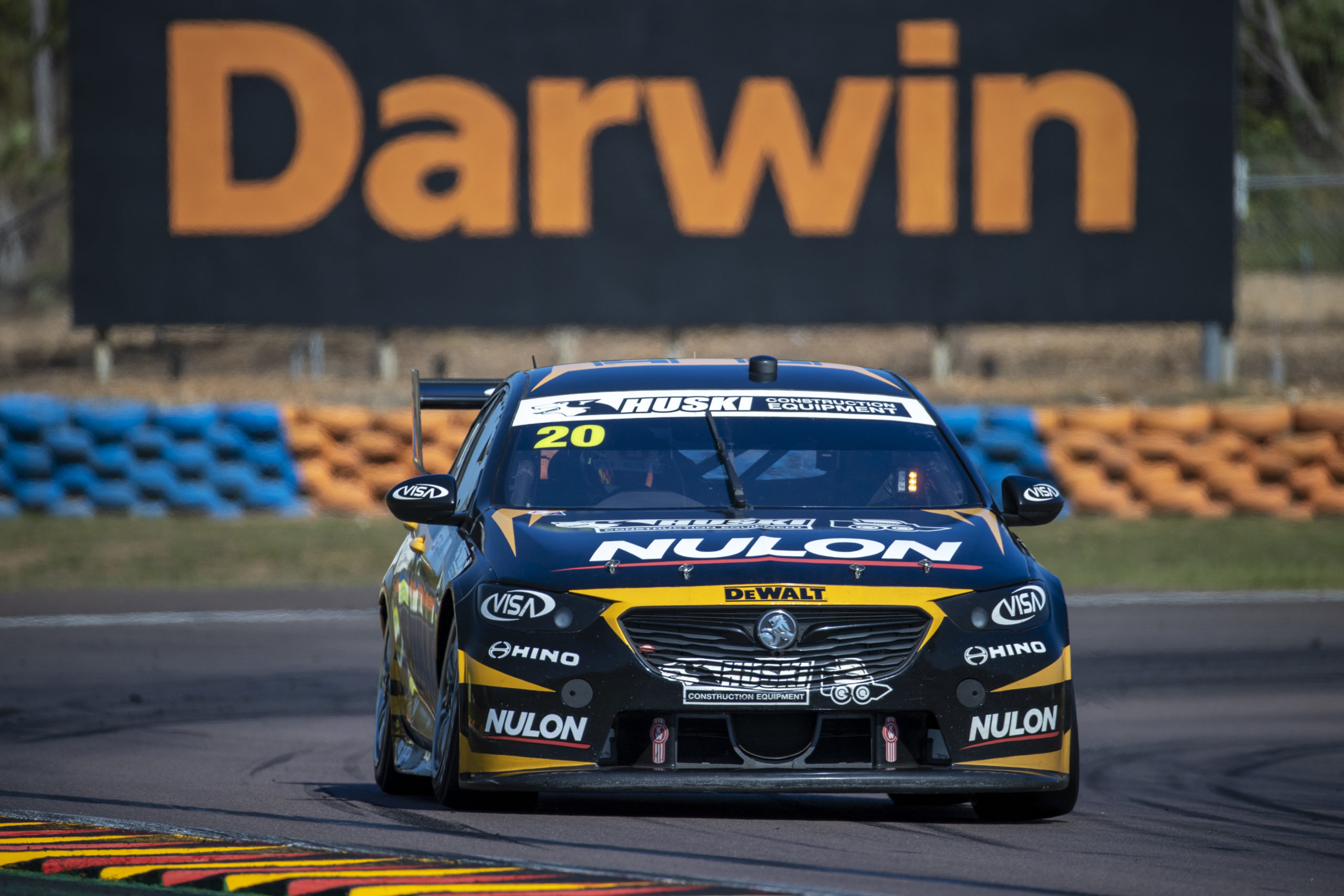 Pye qualified eighth for Race 16 of the Virgin Australia Supercars Championship at the CoreStaff Darwin SuperSprint.

However, a clutch failure on the start line put paid to his strong starting positions and meant he was five seconds in arrears of the field by the time he got to Turn 1.

Pye then ran long on his first set of tyres, later catching the other backmarkers and making some headway.

Eventually, Pye pitted for two right-side tyres and climbed his way back to 13th.

“Unfortunately our clutch failed,” said Pye of the race start.

“I’m guessing I may have overheated it too much on the way to the line and loaded it too much and it failed when the lights were still on.

“(The car) stalled and I couldn’t get it going on anti-stall.

“When I got going we were about five seconds off the back of the pack, but the car speed was awesome and we were able to come back through.

“Our strategy to run as long as we could worked perfectly for us, our pit stop was great and we had good speed to make it possible.

“Thanks to the Team 18 crew who have got these cars hooked up this weekend, we made some changes from last week which has made the car even better.”

For Team 18 stable-mate Mark Winterbottom, it was a case of what could have been for the Irwin Racing driver.

He qualified one place ahead of Pye in seventh having been quickest in the second phase of Qualifying.

Winterbottom said he struggled to make the most of his early weekend speed and ultimately faded to 11th.

“We showed so much potential today but didn’t put it together when it mattered,” Mark Winterbottom.

“We started well as one of the fastest in practice and set provisional pole in qualifying, but I made a small mistake in our shootout lap.

“I was on for lap that could have put us in the top three but just had a moment over the kerb at Turn 10 which cost a couple of tenths.

“I made a good start in the race but struggled for pace thereafter.

“We went too long with strategy on our first stint and our pitstop was a couple of seconds slower than it should have been and we emerged a few positions lower after the pit stop cycle.

“We will definitely take a few positives away from today but there is still plenty of room to improve with all of those one-percenters to sort out to get our race position up and also not to lose out in the pit lane.

“Hopefully we can qualify better and show some better race pace tomorrow and we will be in contention for a podium.”

Pye and Winterbottom will have another chance to chase a win today with back-to-back qualifying sessions beginning at 10:20 local time/10:50 AEST.