Whincup questions timing of lights out at race start

Whincup questions timing of lights out at race start 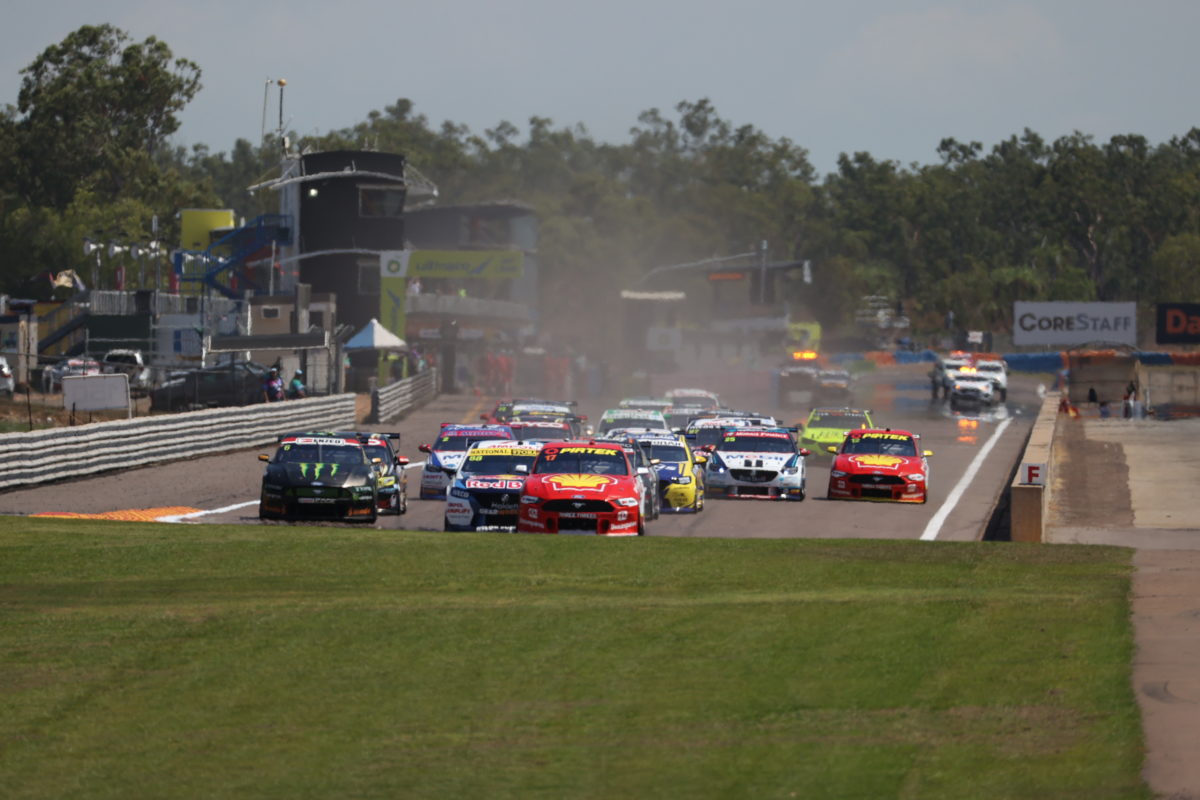 The start of Race 16

Jamie Whincup says he will speak to Race Control about the possibility that the red lights were extinguished too quickly at the start of Supercars Championship Race 16 at Hidden Valley.

Whincup was investigated for a possible breach of start procedures during the early laps of the CoreStaff Darwin SuperSprint opener before broadcast footage showed his front wheels were still behind the grid line at lights out, according to the stewards report.

While he claimed such a twitch is normal for him, and not caused by the apparent early start, the Red Bull Holden Racing Team driver suggested that the timing of the start sequence may have in fact been too fast.

“I always move a little bit and then stop before the red light goes out,” said Whincup.

“But, I’ll be going up to have a chat to Race Control shortly (because) they started a session a little early and then stopped it.

“Then, I think, the red light went off probably a little under the regulation. I think it’s one to three seconds so it was a little bit too quick, not that it affected me but we’ll just try to make sure we get it right next time.”

Whincup would later add that he estimated the lights out time to be 0.9s.

The seven-time champion also suggested that a number of poor starts were down to the red light situation, although the driver who stalled altogether, Scott Pye, did report a clutch failure post-race on social media.

“I’m tipping that was the issue (for Pye); a lot of people had bad starts because the red light went off too quick,” said Whincup.

Scott McLaughlin, who just beat the Triple Eight driver to the first corner of the race and ultimately to victory altogether, agreed as much that the lights went out quickly but did not necessarily make there to be an issue.

“It was quick but I kind of expected they were going to be quick because I felt like they were long last week,” said the Shell V-Power Racing Team pilot.

Asked to comment, fellow podium finisher Cameron Waters remarked, “I just go when the lights go out. It was fine for me.”

Whincup did, however, have no qualms about which side of the grid pole is on at Hidden Valley despite the suggestion that starting on the inside, where the odd-numbered grid boxes are located, might be a disadvantage.

McLaughlin was twice beaten off the line despite sweeping the poles at the Darwin circuit a week ago and only led the run into the first corner in the final race of that event courtesy of his secondary launch.

The championship leader then turned the tables on Whincup today, just covering the #88 ZB Commodore as they moved away from the grid.

Asked if pole is on the wrong side, Whincup responded, “I don’t think so. No, there was actually a bit of grip down.

“I think it’s pretty even now. It probably wasn’t as good early in the week but there’s been a few starts done down the inside now.

“No, it was pretty even; I’m not complaining about the dirty side of the track. It was a good race, good battle, and I lost out by one car length and one centimetre, unfortunately.”