Power ‘in the window’ after promising final Indy 500 practice

Power ‘in the window’ after promising final Indy 500 practice 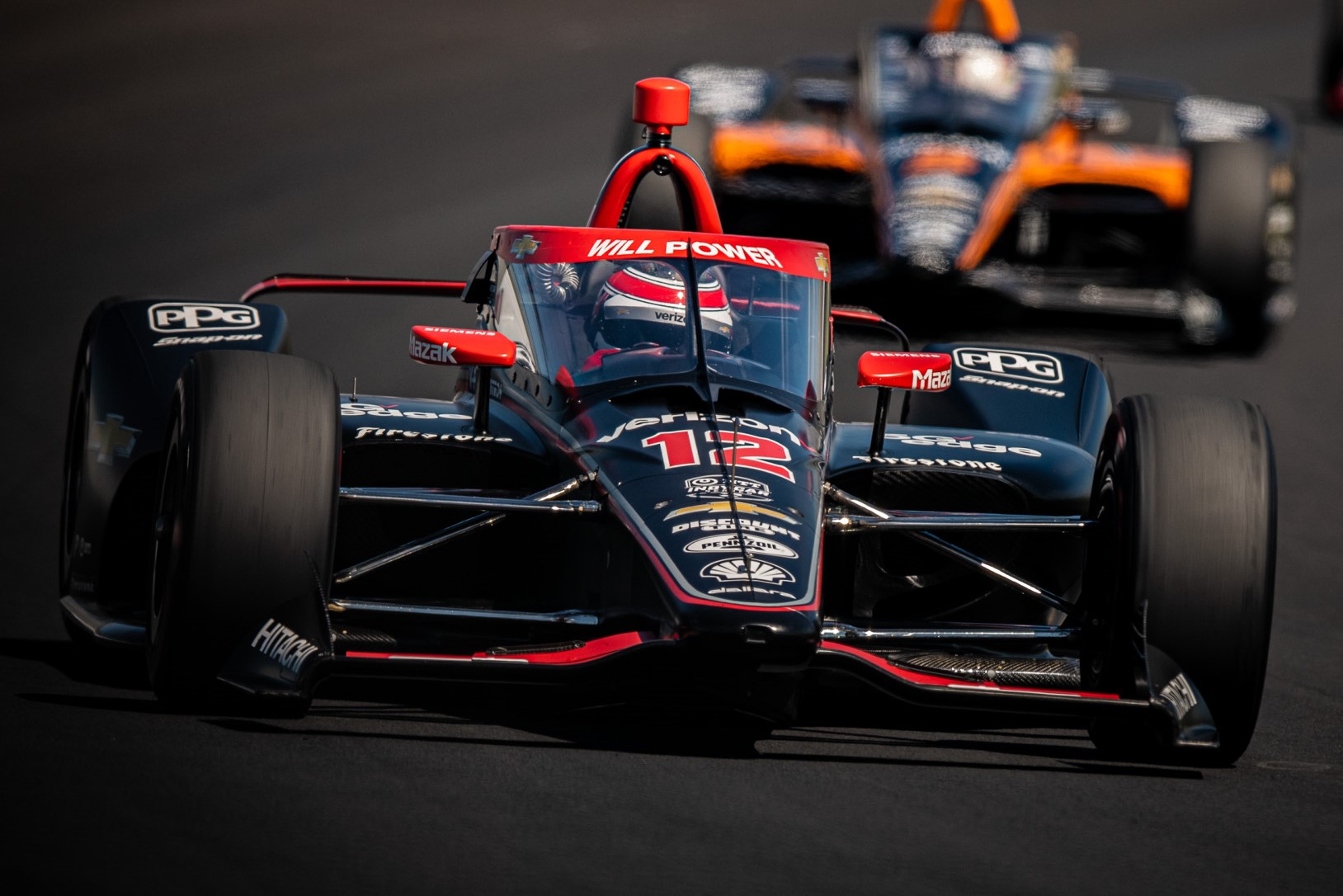 Will Power believes strategy can vault him to the front in the 104th running of the Indianapolis 500 after a promising Carb Day practice showing for Team Penske.

The 2018 race winner, along with his Penske stable-mates, had struggled all week leading to Friday’s final hit-out ahead of Sunday’s race. The Australian recorded the 24th quickest time on Carb Day.

However, Power – who will start Sunday’s 500-mile classic from 22nd – was optimistic his team can work him to the front of the pack in the race, with Chevrolet-powered entries finding form on Friday.

“We were quite far off at the beginning of today. I was worried that we weren’t going to find anything,” Power said after Friday’s running.

“Then we found some stuff late in the session, and hopefully we have the Verizon 5G Edge Chevrolet in the window where it needs to be.

“Obviously, we are starting back in the pack, so I tried to run around cars and see how it is going to be.

“We have really good pit stops, great guys on the car. I think that is going to be our game, with strategy and our pit stops is where we are going to make time up.

“But it’s every man for himself. It is the Indy 500, but if we can be mistake-free, we can get ourself to the top five.”

Patricio O’Ward fired his Chevrolet-powered Arrow McLaren SP entry to the top on Friday, marking the first session topped by a Chevrolet entry at this year’s event.

“You don’t want to be overconfident, but I feel cautiously optimistic,” said Newgarden, who will start the race 13th.

“It’s been fast in traffic and felt really fast today. I think Team Chevy has a really good package for us for the race.

“Carb Day is one of those days if you need it, you use it all. If you don’t, you take it easy and not use the car up. It felt like the second of those for us.

“I’m optimistic. I think we have a shot. It would be amazing to win this race. It is so special, you just grow to love it more.

Defending Indy 500 winner Simon Pagenaud – who will start 25th – echoed his team-mate’s sentiments, believing Chevrolet-powered drivers will be in with an equal chance to their Honda-powered rivals on race day.

“It’s always going to be about balance. Chevy has got it tremendous in race trim,” the Frenchman said.

“We are equal to the competition, and we have plenty of speed in race trim. It’s going to be all about finding the balance in your race car the entire day.

“The wind might change, and when the wind shifts, you might find yourself good in (Turn) 2 and bad in (Turn) 4. The cars are very sensitive this year, much more than last year. So, balance is going to be everything.

“It’s also going to be about downforce, no question. We are going to have to run close to people, and we need downforce.

“We are going to have to be aggressive from the start to pass people to get clean air.”