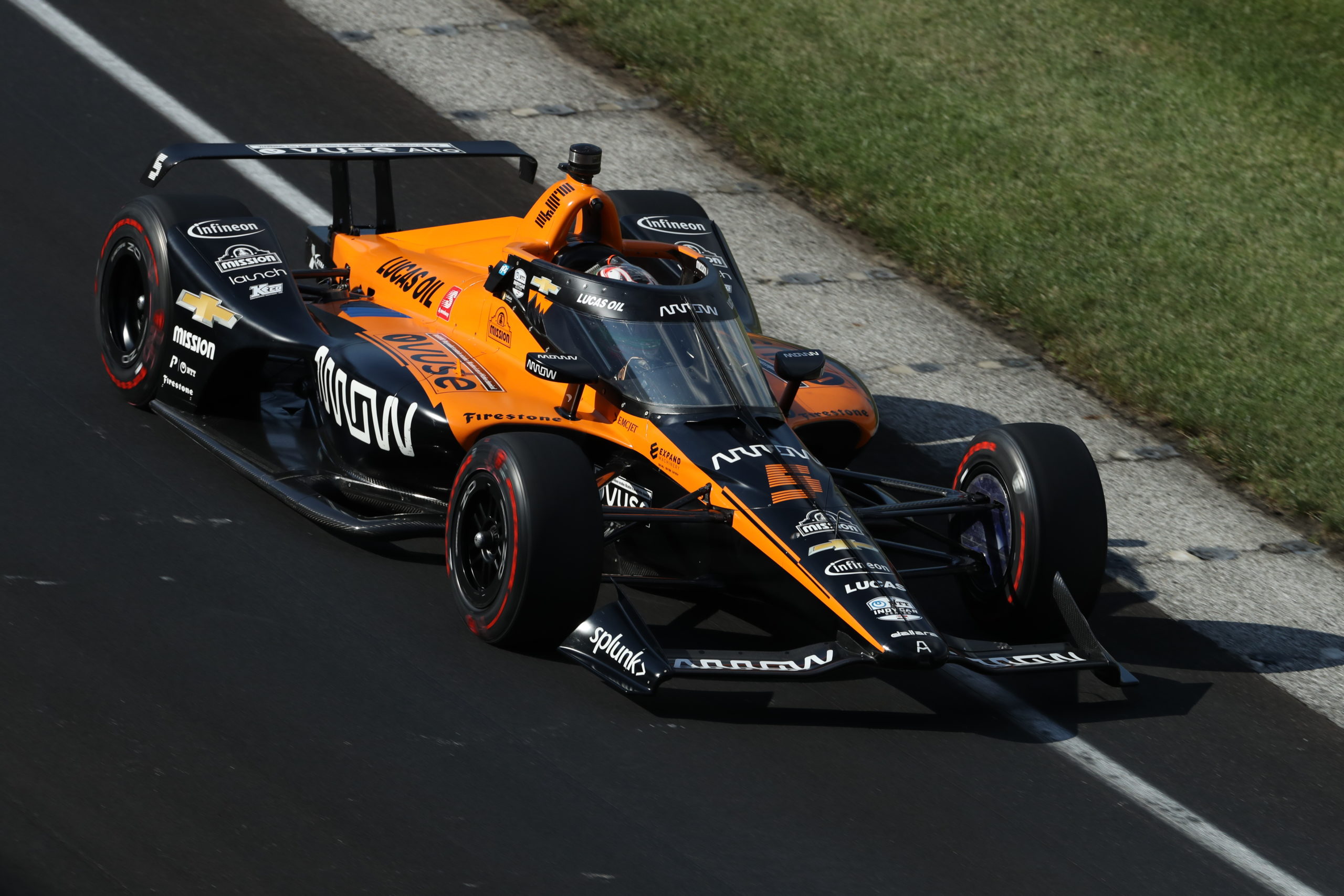 Patricio O’Ward recorded the fastest lap of Carb Day practice for the 104th running of the Indianapolis 500 ahead of three former winners of the famed race.

Driving for Arrow McLaren SP, the Mexican driver set a fastest lap of 225.355 mph (362.673 km/h) in the two hour hit-out to put Chevrolet at the top of a session at this year’s event for the first time.

Dixon will start the race second in his Honda-powered Chip Ganassi Racing entry.

O’Ward was pleased to find pace in race trim ahead of his maiden Indianapolis 500 start.

The 21-year-old raced in the 2019 series, but failed to qualify for Carlin in last year’s Indianapolis 500.

“I think it’s just been really important to try and get the best car under us for Race Day,” O’Ward said.

“From just feeling out practice and everything, it’s so important to have a car that’s able to follow closely and be able to get runs on people, ultimately move forward instead of moving backward.”

The Japanese driver will start the race third, on the front row with Dixon and pole-sitter Marco Andretti.