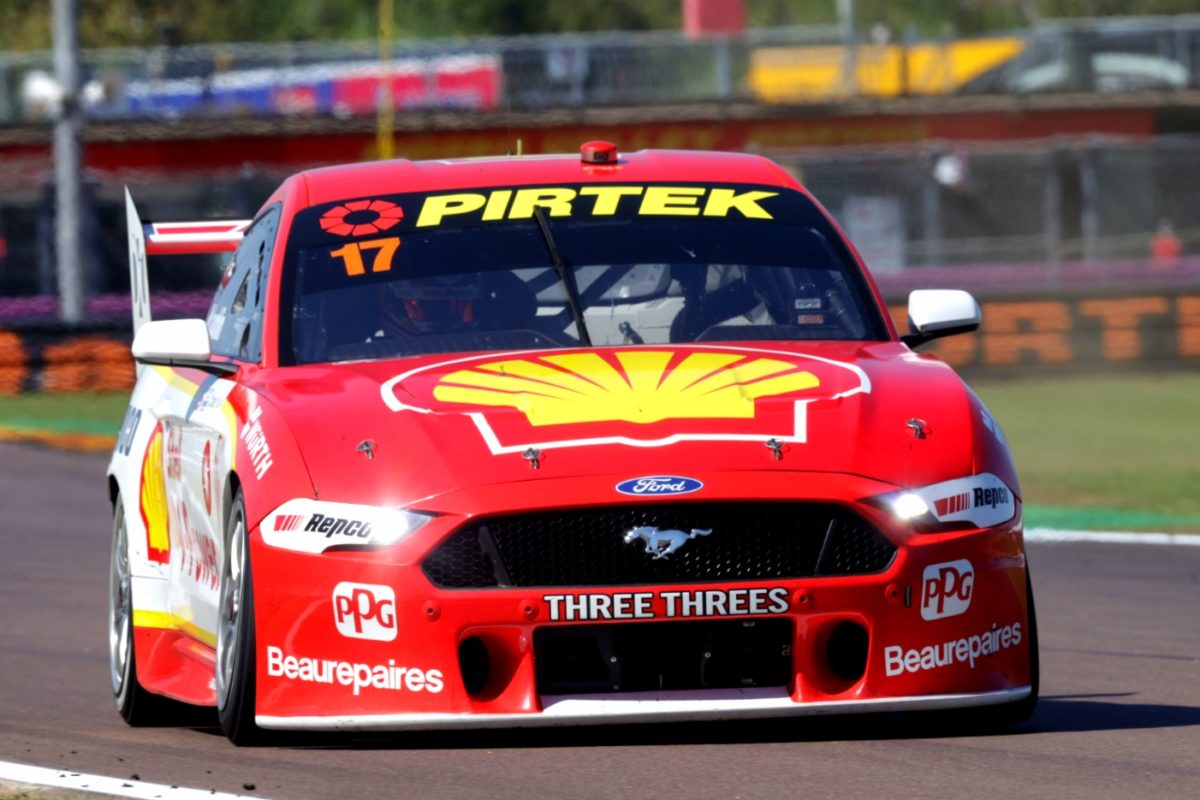 Scott McLaughlin has set the pace in the second and final practice session at the CoreStaff Darwin SuperSprint, just ahead of Team 18’s Mark Winterbottom and Scott Pye.

McLaughlin’s best in the #17 Shell V-Power Mustang was a 1:06.2487s, 0.0086s slower than Pye had managed in Practice 1 at Hidden Valley, but the championship leader cost himself a chance to go even quicker with a small slide on his final run.

Jamie Whincup put the #88 Red Bull HRT ZB Commodore fourth on the timesheet while his team-mate Shane van Gisbergen was 14th in the #97 ZB Commodore.

Andre Heimgartner set the pace through the first flyers with a 1:06.7196s from the #7 Ned Mustang before McLaughlin usurped the Kelly Racing driver with a 1:06.2487s on his second run, having reportedly just taken green tyres.

There was little movement as the session passed halfway, although that was when Winterbottom set the lap which would prove his fastest.

McLaughlin set the fastest first sector on his penultimate flyer before Car #17 broke into a small slide at Turn 5 and he aborted the lap.

Having already asked something from what were reportedly green tyres, the DJR Team Penske pilot managed a 1:06.3852s next time around before returning to pit lane for the final time.

Meanwhile, van Gisbergen dragged a 1:06.7385s from his car in what was a possible qualifying simulation, before Pye jumped from 11th to third just as the chequered flag was about to be unfurled.