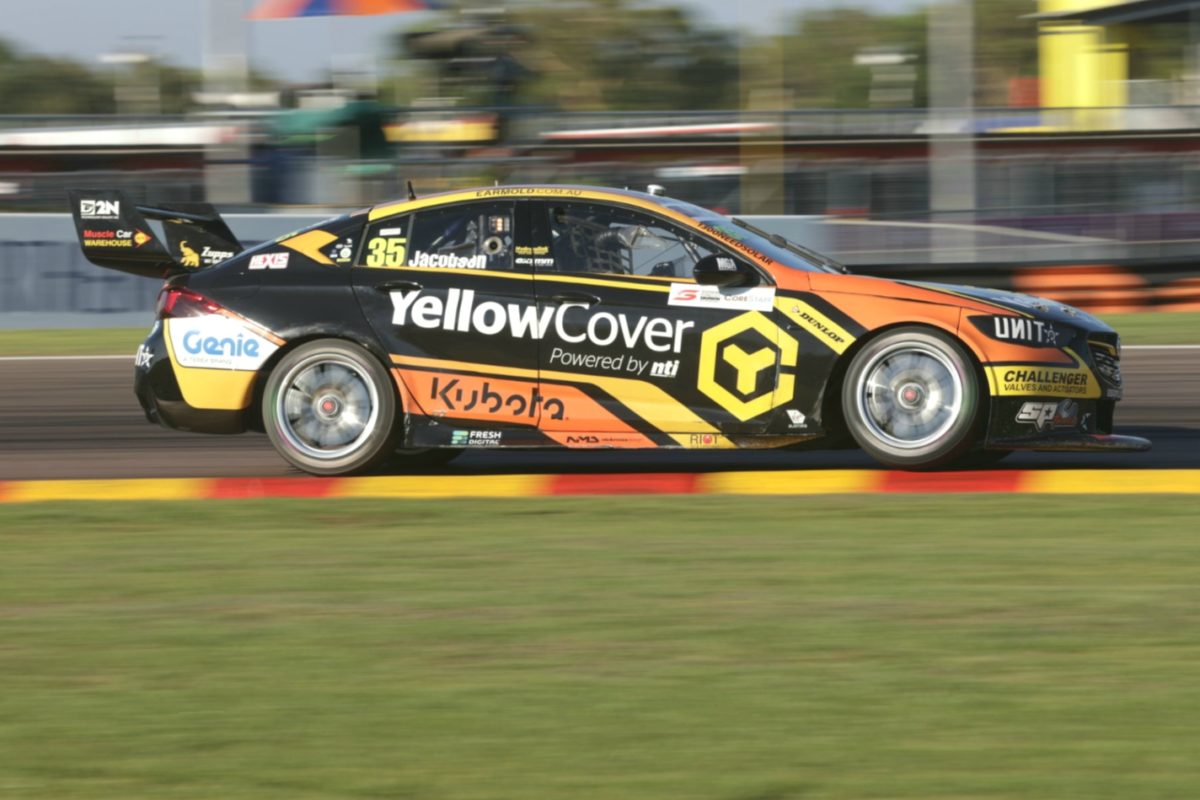 Garry Jacobson has gone quickest by a small margin over home town driver Bryce Fullwood in the Rookie Practice session at the CoreStaff Darwin SuperSprint.

Jacobson was the only man into the 1:06s bracket although Fullwood only ended up 0.0270s slower than the Matt Stone Racing driver.

Chris Pither and Macauley Jones were both within two tenths of the best time after the 20-minute session at Hidden Valley Raceway.

Jacobson’s 1:07.7597s on his first flying lap beat Jones’ Rookie Practice benchmark of the weekend prior, when the session was run almost two hours later in the day, by almost two tenths of a second.

Jones himself took over top spot on his second flyer before Jacobson twice reset the fastest lap to hold a 1:06.9821s when he brought the #35 Yellow Cover ZB Commodore back into pit lane to end his first run.

Both Jacobson himself and Fullwood came close to bettering that effort, with the latter’s quickest ultimately a 1:07.0091s in his second run in the #2 Mobil 1 Middy’s ZB Commodore.

All used the soft compound of tyre throughout, consistent with this weekend’s allocation.

Practice 1 for the sixth event of the 2020 Virgin Australia Supercars Championship starts at 08:55 local time/09:25 AEST.