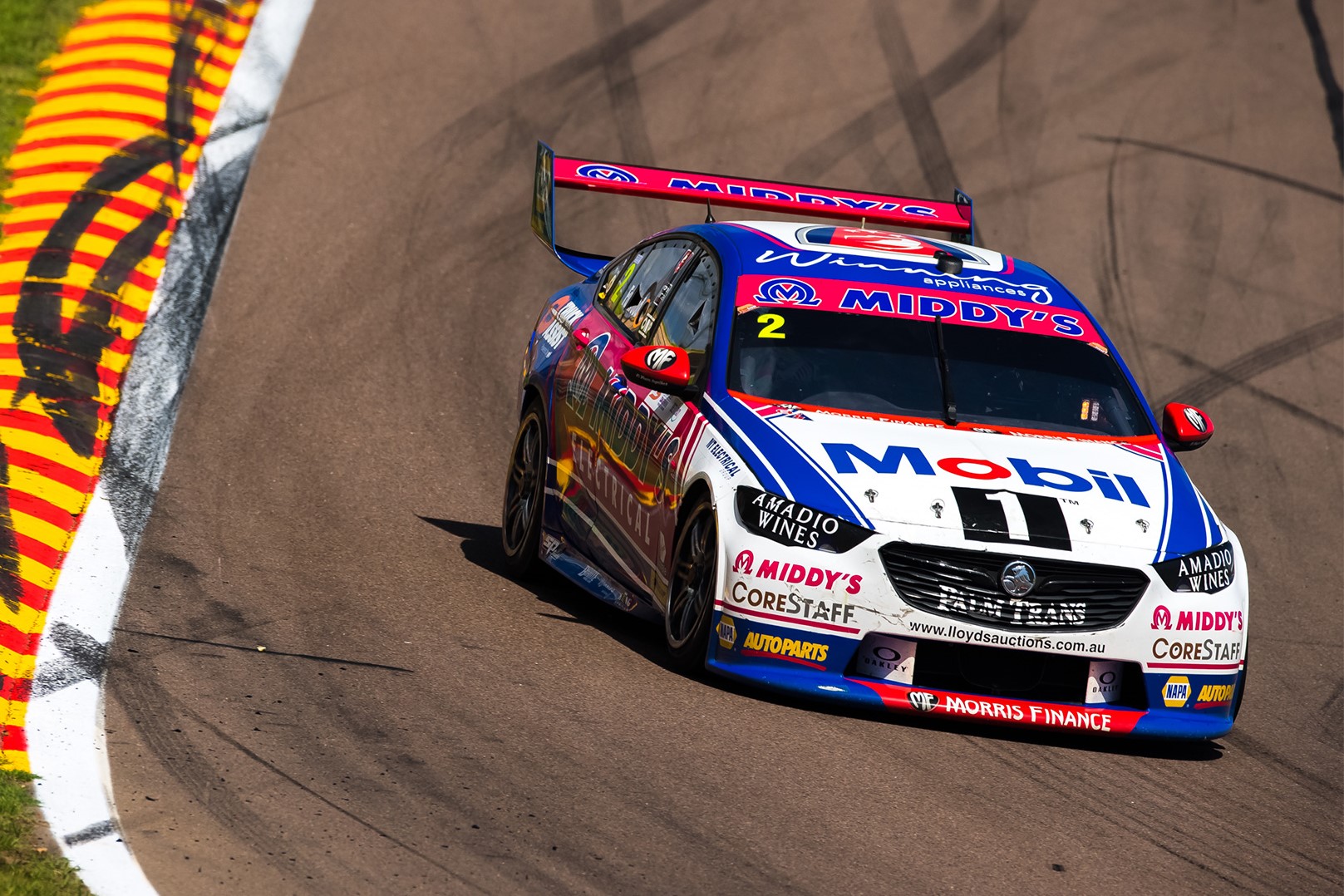 Local driver Bryce Fullwood was left disappointed after a promising start to the CoreStaff Darwin SuperSprint at Hidden Valley Raceway.

Following finishes of 18th, 20th, and 20th in last weekend’s Darwin Triple Crown, Fullwood was immediately on the pace in the second leg of the double-header.

Having made it through to the second portion of Qualifying, the 22-year-old set the second fastest time behind Irwin Racing driver Mark Winterbottom.

The Top 15 Shootout ultimately saw him qualify 10th, ahead of Walkinshaw Andretti United team-mate Chaz Mostert who was 12th.

The Mobil 1 Middy’s Electrical Racing driver faded during the 38-lap race, however.

Midway through Race 16, Fullwood made a mistake at Turn 5 while being passed by Shell V-Power Racing Team driver Fabian Coulthard.

“It was a really positive start to the day, and a massive improvement with outright speed compared to last week,” said Fullwood.

“I can utilise the car’s strength really well on the new tyre, but it’s when the tyre wears, our car is struggling a little.

“It was a tough race, I had a few offs, really struggling to stop the car on a worn tyre, which was disappointing.

“Both cars are having similar issues, so we will tune them up for tomorrow.”

Fullwood will be back on track at the Darwin SuperSprint with qualifying for Race 17 and Race 18 at 10:20 local time/10:50 AEST.