Alonso has ‘clearer idea’ ahead of Triple Crown bid

Alonso has ‘clearer idea’ ahead of Triple Crown bid 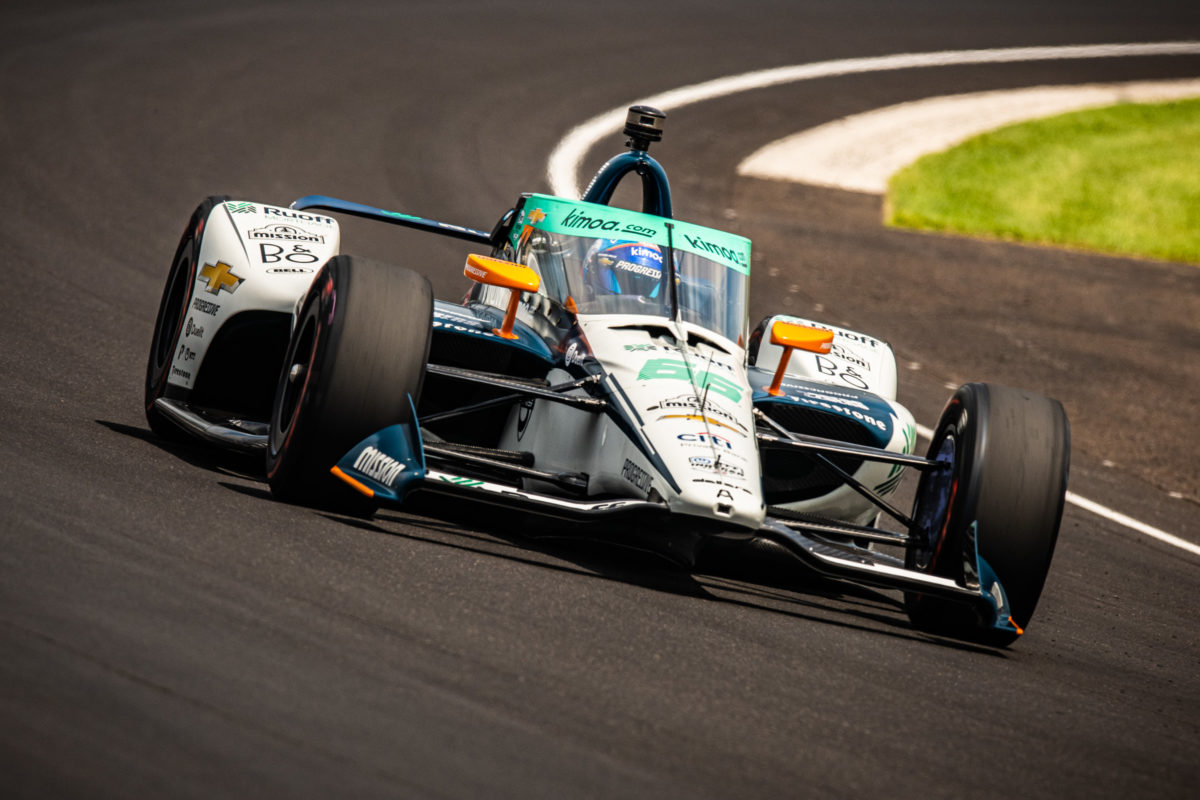 A revealing final day of practice at Indianapolis Motor Speedway has Fernando Alonso positioned with a car set-up nearer to his liking ahead of a landmark bid to complete motorsport’s ‘Triple Crown’.

Having already won the Monaco Grand Prix and 24 Hours of Le Mans, Alonso needs to claim an Indy 500 victory to join the late Graham Hill as the only drivers to win the three marquee races.

The 104th running of the Indianapolis 500 on Sunday (local time) will see the two-time Formula 1 world champion start from 26th, with Alonso just 23rd on Carb Day, the final day of practice ahead of the race.

It has been a trying week for the Spaniard, who after finding early pace, crashed on the second day and has since failed to challenge the front-runners.

However, after cycling through multiple set-ups on Friday, Alonso believes his Ruoff Arrow McLaren SP Chevrolet is closer to what he needs in order to challenge on race day.

“It was the last opportunity to test the last few items we had on our list. Some of them were OK, and some of them we will not be keeping for the race,” the 39-year-old said.

“Now we have a more or less clear idea of what we want.

“Sunday is a completely different thing, and it’s supposed to be a bit hotter, so we will try to adapt to the conditions.

“There’s nothing more to test on the table, so it’s race time.”

Carb Day’s two-hour practice session, topped by Alonso’s Arrow McLaren SP team-mate Patricio O’Ward, was a chance for teams to iron out the creases in their race day plans and look to maximise their packages ahead of what looms to be a hot race.

Some found pace while others, including pole-sitter Marco Andretti, went backwards in a bid to understand which set-ups worked and which didn’t.

Andretti ranked 28th of 33 drivers with a best lap at 221.314 mph (356.170 lm/h), which left him last among his six Andretti Autosport teammates and the second-slowest Honda.

“Today the goal was to put myself in the most uncomfortable circumstances possible because we’re not planning on leading 200 laps,” Andretti told the broadcast.

“That would be beautiful. But we know there’s going to be a state of adversity at some point in the 500 miles, so that’s what I put myself into today.

“It was just as uncomfortable as we thought it was going to be.”