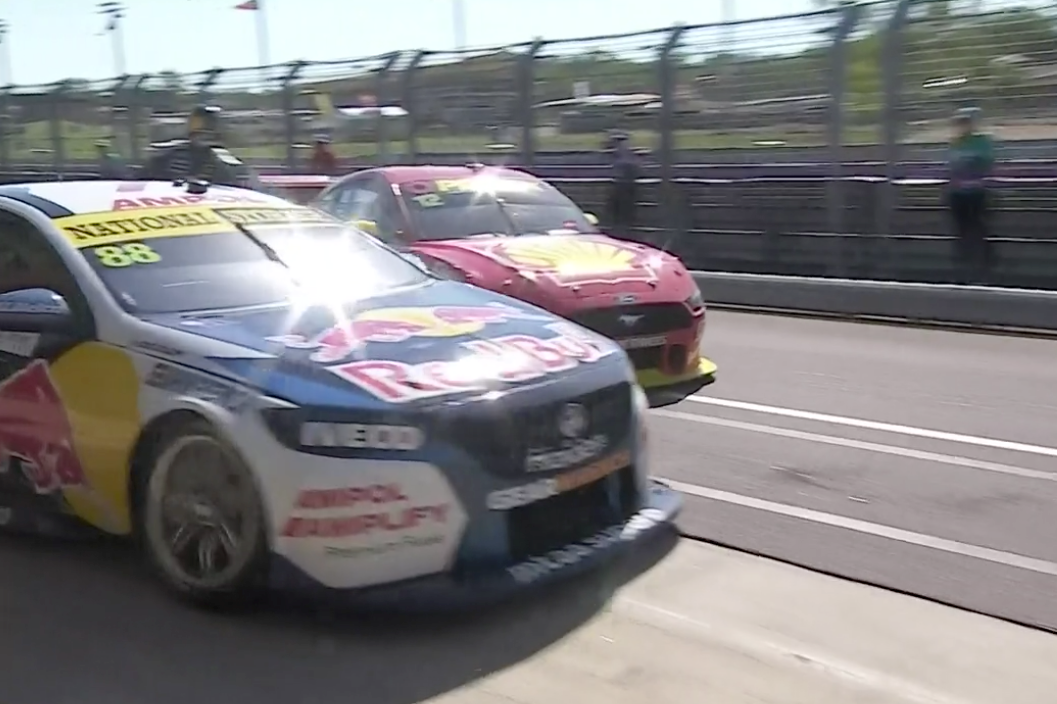 Supercars has changed its pit release rule after Jamie Whincup escaped penalty for his incident with Fabian Coulthard at Hidden Valley.

Coulthard was forced to brake sharply to avoid significant contact with Whincup’s Red Bull HRT car as he tried to enter his own Shell V-Power Racing Team pit bay during Race 15, last weekend.

The incident was investigated upon request from the Ford squad but no further action was ultimately taken despite arguably an unsafe release in practice, due to what was essentially a technicality.

The rule obliged the car being released to “give way to a car already wholly in the fast lane”, but Coulthard was already turning his Mustang into his pit bay as Whincup exited the Triple Eight bay.

It has now been changed to read “A Car being released from its Pit Bay must do so without impeding any other Car in Pit Lane”, according to Supercars’ official website.

“I think everyone has acknowledged it was handled correctly from that perspective, but did it pass the pub test? Probably not.

“We don’t want teams to believe they can just launch it out of the box without any care for anyone coming through the working lane.

“Craig and I had discussions about it early in the week and I tabled a solution at the Commission, where it was fully supported, including by Jamie himself.

“You can’t write the rulebook for every single eventuality, but we’ve tidied that little area up.”