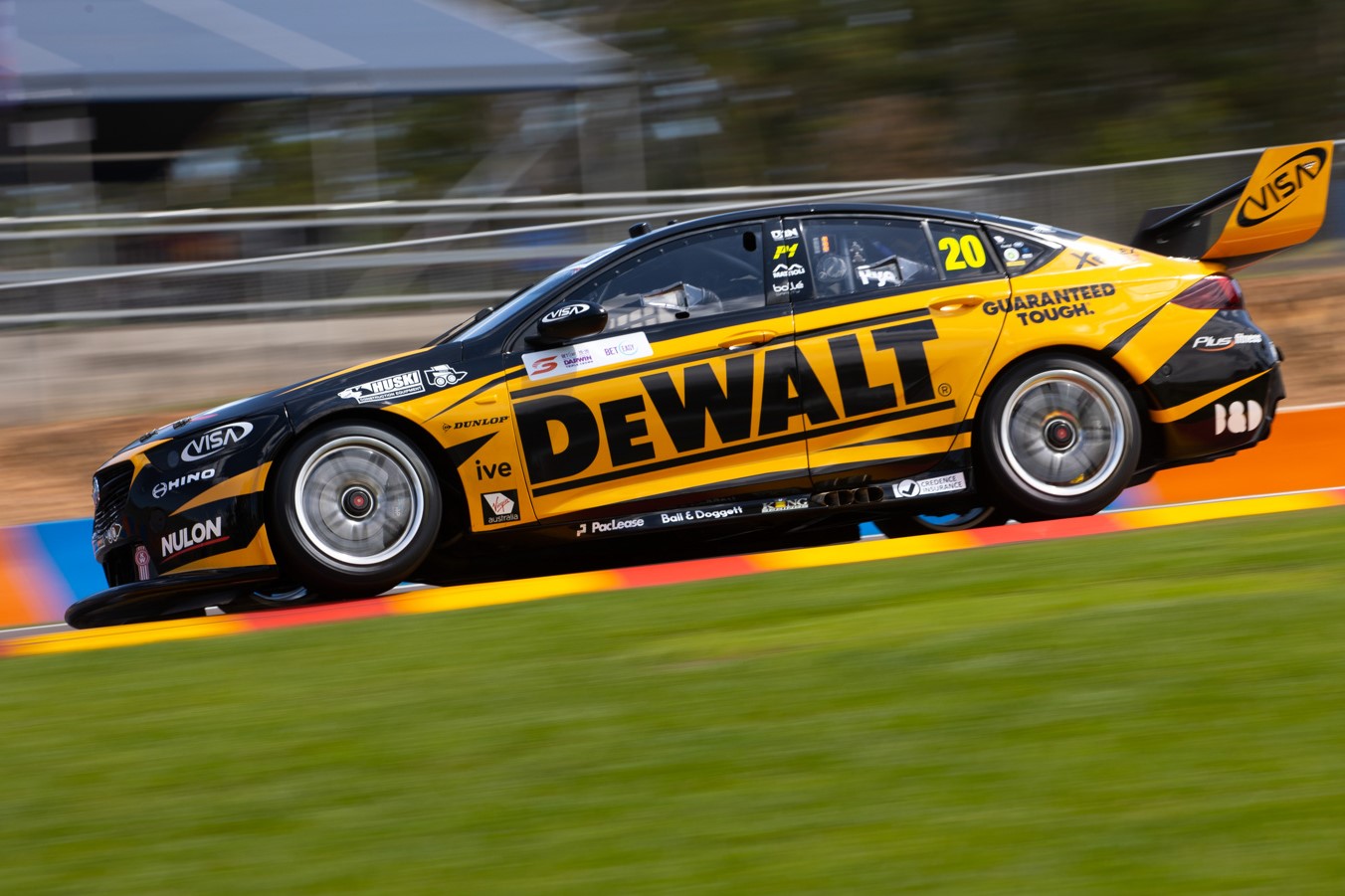 Charlie Schwerkolt says he’d prefer his Team 18 be considered Supercars underdogs as he builds the two-car outfit into a contender for race wins.

The team’s maiden success has been a big boost for the Melbourne-based outfit. Since July 6, the team and several more have been away from their respective bases in Victoria.

Team 18, the only customer outfit among them, were until recently the only team in that group not to have scored a podium in 2020.

“It was fantastic, it really, really was,” said Schwerkolt speaking with Speedcafe.com.

“We’ve been building and building. It was a single-car team last year and Frosty (Mark Winterbottom), I think he had two or three fourth spots and was so close.

“We all thought Frosty was going to get the podium first, but Scotty got in there with a good strategy and got that done, which is great.

“It’s a team effort though. I’m so proud of the team because they’re lifting hard. It’s so hard to be away from Melbourne since July.

“They’re working so well together and it’s such a reward for the team and also the sponsors that all put in hard.

The team remains the highest placed Triple Eight Race Engineering customer outfit in eight in on the teams’ championship ahead of Matt Stone Racing in 11th and Team Sydney in 12th.

While the team’s most recent performance showed that they can threaten for wins and be podium finishers, Schwerkolt said he’s happy to keep his underdog status.

“I’d rather be the underdog and just keep quiet and keep pushing away, building the team,” he said.

“As they say, Rome wasn’t built in a day. I’m proud of my team and it’s really strong and going well, but we’ll just keep pushing away. I’m happy being the underdog at the moment.”

For a period of time, the team looked as if it was in with a chance of winning with Irwin Racing driver Winterbottom.

Schwerkolt lamented a missed opportunity that could have seen Winterbottom claim the team’s first win.

Having begun the race on soft tyres and charged to the lead, Winterbottom opted to pit early in the race during the first Safety Car intervention.

While most drivers chose to take two tyres, Winterbottom chose to switch all four soft compound tyres for hard tyres. That duly dropped him out of the lead, going on to finish fourth.

However, the team boss believes it might not be long before a win is forthcoming.

“I’d like to think so, but I’m not going to get ahead of myself,” Schwerkolt said of the team’s winning chances.

“We’ve still got a lot of work to do and there’s a couple of powerhouses up the front of course with Penske, Triple Eight, and the Penrites, the Tickfords.

“It’s so competitive, but I think Frosty is driving as good as he’s ever driven really and he’s happy with his engineer, Manuel (Sanchez), and really bonded with the team.