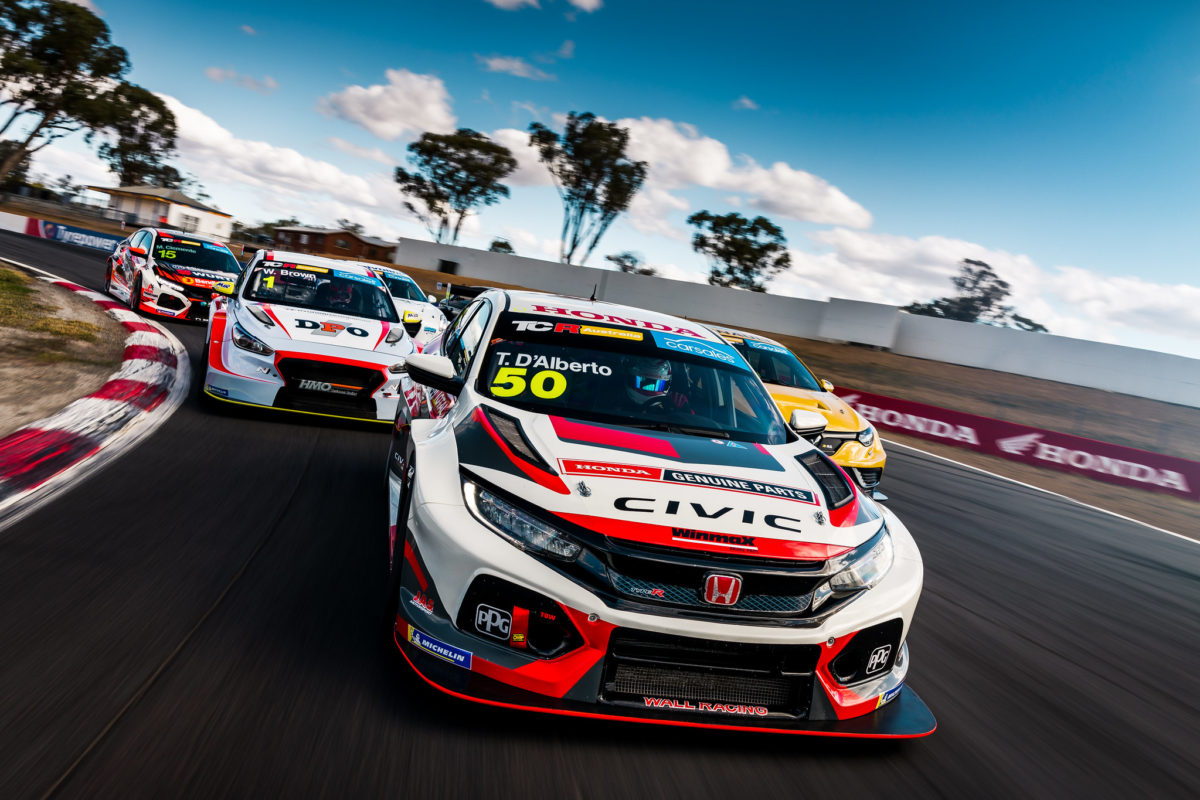 Organisers of the TCR Australia Series are expecting a solid grid once its 2020 season is able to get underway.

The series has been in a holding pattern since the COVID-19 pandemic took hold in March.

Its teams were last officially on track at Albert Park as part of a non-championship event in support of the Formula 1 Australian Grand Prix.

That event was cancelled after the opening day’s running, and since then the ever changing landscape has prohibited the staging of any races.

Despite that, category manager, Liam Curkpatrick, is confident a strong grid will line up for its first race of 2020.

“We had a meeting with team owners recently, and our overall take is that we don’t expect to lose many competitors,” Curkpatrick told Speedcafe.com.

“It means we should be close, if not have 20 entrants for our first race, wherever that maybe. Hopefully, that is as soon as possible.

“It’s great that even in these times, we’ve had the likes of Ben Bargwanna join the field.

“That is positive that a rising star like Ben and his dad Jason still see the benefits of TCR.

“They have a strong sponsor, a good partnership with Garry Rogers Motorsport and it all works.”

Currently, the Bathurst International in November looks set to be the first event of the 2020 season, though there is an appetite to go racing sooner should the opportunity present itself.

“TCR has such a diverse group of teams. There are professional squads like GRM, Wall Racing, HMO Customer Racing, and then we have your privateer types,” Curkpatrick explained.

“With that diversity comes different needs, but the encouraging aspect that we’ve found we all are on a common ground – everyone wants to go racing as soon as possible.

“Now that could be October or November or even later.

“Borders opening and government legislations will dictate that, but regardless, when we can go, we’ll be going with a strong sized and competitive field.”

A meeting with team owners discussed options for potential events, with Curkpatrick reporting the reception was warm.

“We spoke to the team owners about a number of options for events in the short-term, and to their credit, they were very receptive to different ideas,” he said.

“The overriding thing was that we needed to do at a cost-effective level and with guaranteed live TV. Anything above that is a bonus.”