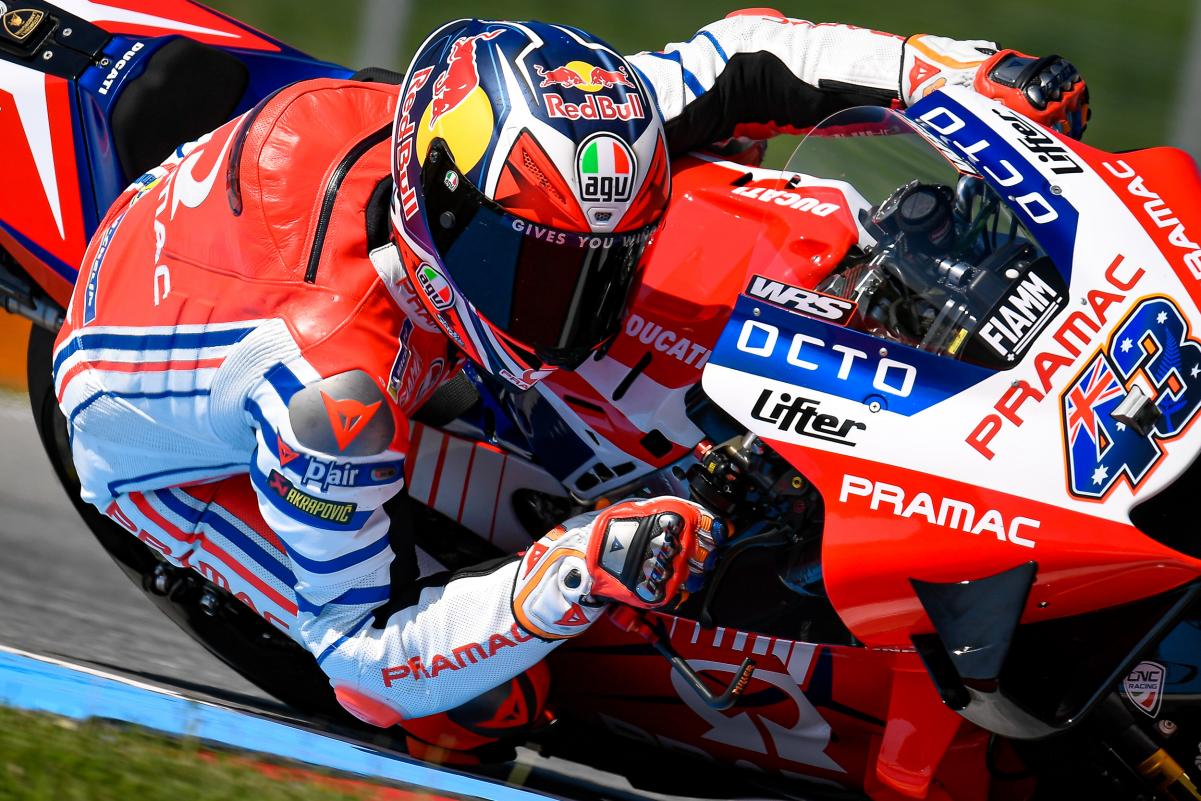 Jack Miller believes that Marc Marquez’s injury-enforced absence from MotoGP has encouraged riders to be more aggressive given the title race has opened up.

Rider behaviour has been brought into focus after the carnage of last weekend’s Austrian MotoGP, when a clash between Johann Zarco and Franco Morbidelli saw Valentino Rossi and Maverick Viñales nearly hit by flying motorcycles.

While modifications have since been made to Turn 3 at the Red Bull Ring, which also hosts this weekend’s Styrian MotoGP, Rossi argued that it is more important that riders show respect for each other and not “exaggerate” their aggression.

Miller suggests that the sidelining of the man who has won six of the last seven championships has incentivised riders to take more risks.

“It’s sort of the first time any of us have had a chance, let’s say,” said the Pramac Ducati pilot on Fox Sports’ Loud Pedal podcast.

“I know it sounds bad to say it like that but we’ve finally found a chink in Marc’s armour and I think everyone’s just going hell for leather trying to make up the points.

“I think that can be one of the biggest things, but also with the way the mechanicals have gone… A lot of guys have had mechanicals already with the extreme temperatures we had in Jerez.”

Miller called for his rivals to “calm it down just a little bit”, while admitting that he too had to be reined in previously.

The Australian was rebuked by Jorge Lorenzo in 2017, his third season in the premier class, after a frightening crash and an apparently testy riders’ briefing at Le Mans.

“I remember when I came in to MotoGP from Moto3 getting sat down after the first couple of races because I’d had contact,” Miller recalled.

“They basically said to me ‘you’ve got to have this respect of your fellow competitors’ because we’re all out there trying to do our best but these machines are dangerous so you’ve got to respect them a little bit.

“Especially when you’re young it’s kind of strange to hear that but the older I get the more you understand it.

“Zarco and Morbidelli both have been in the championship quite some time now and they should probably understand that a little bit more so I don’t think either rider’s 100 percent at fault themselves; I think it’s a mutual sort of thing.”

Those two riders were summoned to meet stewards on Thursday at the Red Bull Ring, with a decision due to be handed down at some point today.