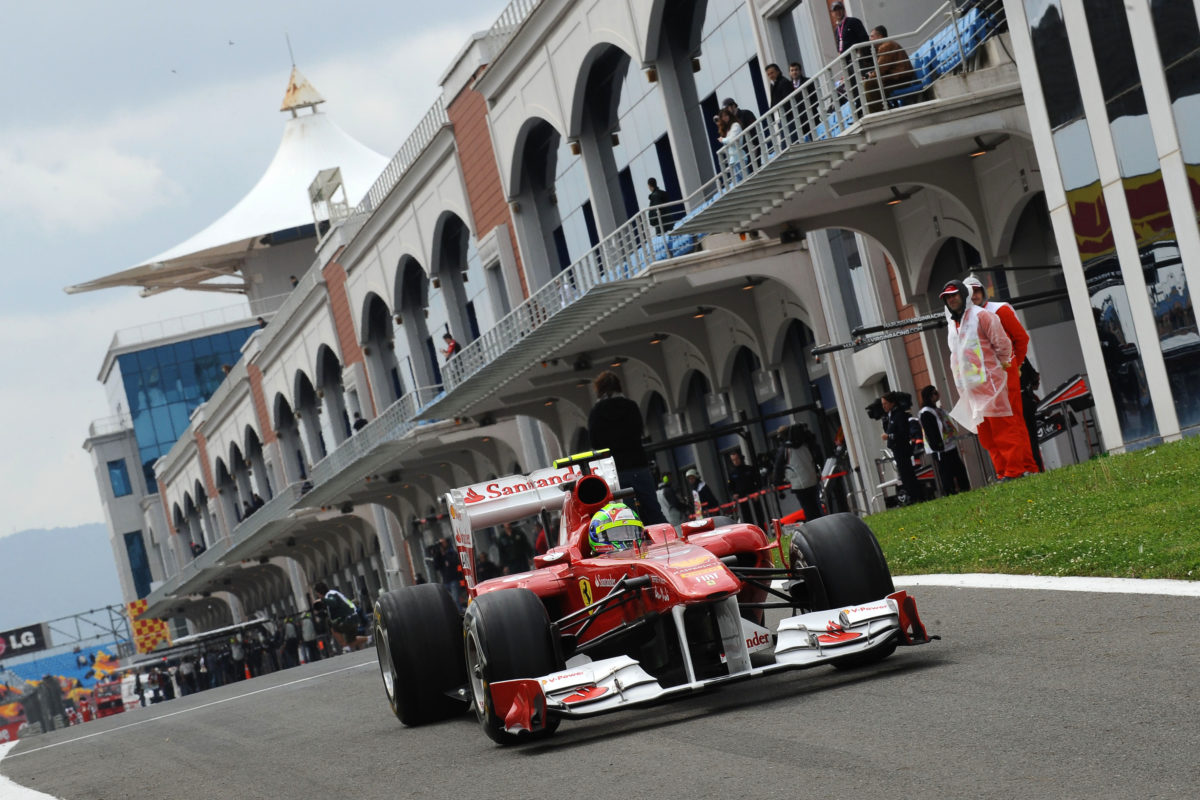 Formula 1 drivers are enthusiastic about the prospect of the sport returning to Turkey later this season.

The Istanbul Park circuit has been tipped to make a return to the F1 calendar when organisers confirm the next batch of events.

It’s expected that will be comprised of a total of four races, namely Turkey, two events in Bahrain, and the season finale in Abu Dhabi, taking the 2020 season out to 17 races.

Formula 1 last visited Turkey in 2011 after first appearing on the schedule in 2005.

It proved a popular venue among drivers, especially the Turn 8 complex; a fast left-hander with three individual apexes some took to nickname the ‘Diabolica’.

“Turkey is a fantastic circuit,” said Renault’s Esteban Ocon, who has never competed at the venue.

“If it comes to the calendar, awesome.

“It’s an old-school circuit, something I was watching on TV when I was younger.

“(The) massive left-hander, flat-out, is going to be pretty impressive.”

His thoughts were echoed by Alex Albon, the Red Bull driver having also never raced on the circuit but enthused at the prospect of F1 visiting the venue.

“Liberty and Formula 1 are doing an amazing job choosing these kind of circuits.

“I don’t know if it’s coincidence, or if they’re just choosing them because they’re the ones that are open to races; Mugello, Imola, and Turkey.

“We’re going to some of the best circuits in the world. It’s going to be a proper circuit. I’m all for it.”

Istanbul Park was built to FIA Grade 1 standards but has lost that grading in the the years since it last hosted a grand prix.

It is an essential part of the puzzle before Formula 1 could return, though is not expected to be insurmountable.

To obtain a license, the circuit would have to submit documents to the FIA outlining details such as the racing surface, barriers, and key infrastructure.

The FIA’s Circuit Commission, which meets four times a year, would then review the venue and have any necessary inspections carried out.

It’s a process that could happen quite quickly, and is largely dependent on the amount of work required at Istanbul Park to return it to the relevant standard.

Meanwhile, it’s believed the second Bahrain event would use an alternate version of the circuit.

Ross Brawn, Formula 1 Managing Director, Motorsport, has previously floated the concept of racing on the Outer Circuit should F1 remain in Bahrain for back-to-back events.

The 2020 Formula 1 season continues with the Belgian Grand Prix, Round 7 of the championship, at Spa-Francorchamps next weekend (August 28-30).