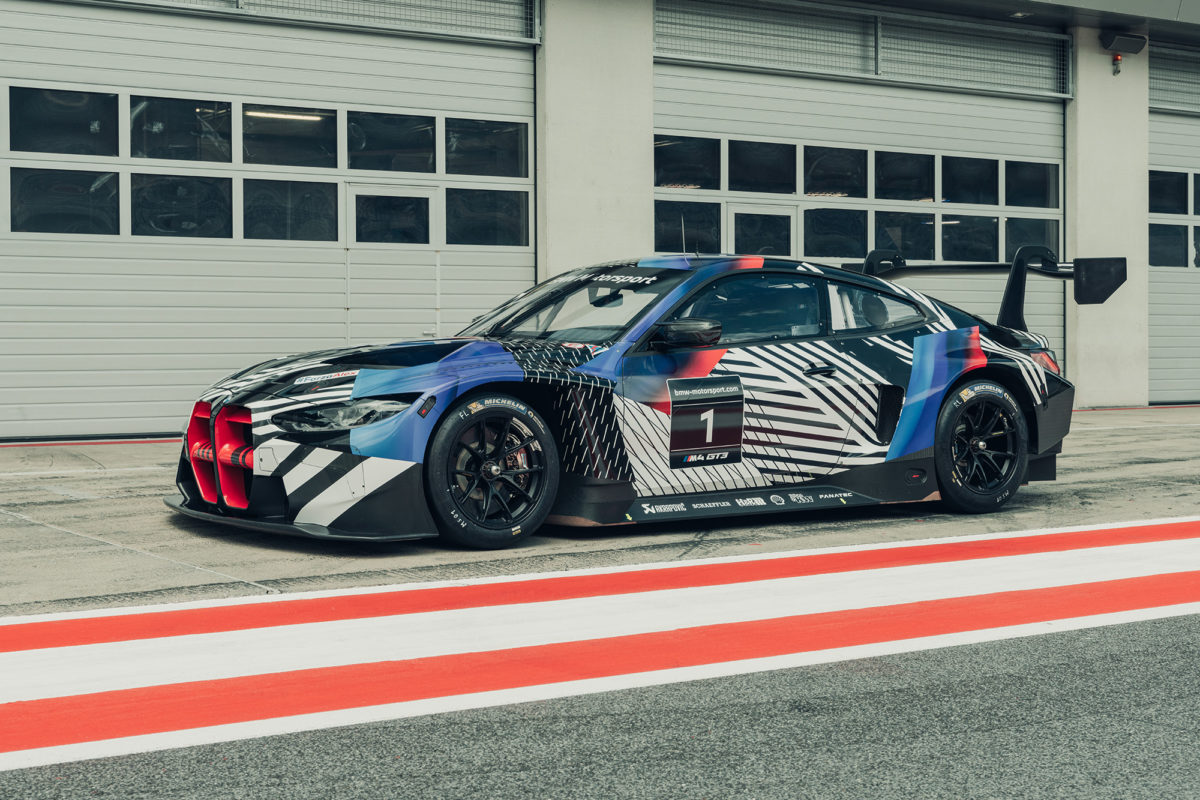 BMW has unveiled its prototype M4 GT3 at the Red Bull Ring ahead of this weekend’s Grand Prix of Styria.

The car is set to take part in selected races in 2021 ahead of replacing the BMW M6 GT3, which debuted in 2016, from the following year.

It was unveiled alongside its road-going counterpart at the venue, the pair wearing similar camouflage colours.

“As title sponsor of the ‘BMW M Grand Prix of Styria’ and long-term partner of MotoGP organiser Dorna Sports, I cannot think of a better place to hold this special premiere.

“The BMW M4 Coupe and its motorsport counterpart BMW M4 GT3 are the icons of the BMW M GmbH and prime examples of the technology transfer from motorsport to series production – and back again.

“From the outset, both vehicles were developed parallel to each other, so they both have the same genes.”

“The BMW M4 GT3 will already take part in its first race next year and will be able to prove how it performs under competitive conditions.

“I am sure that it has what it takes to continue the long-standing and successful tradition of BMW M vehicles.”

Further testing is planned before the car is officially premiered in September.