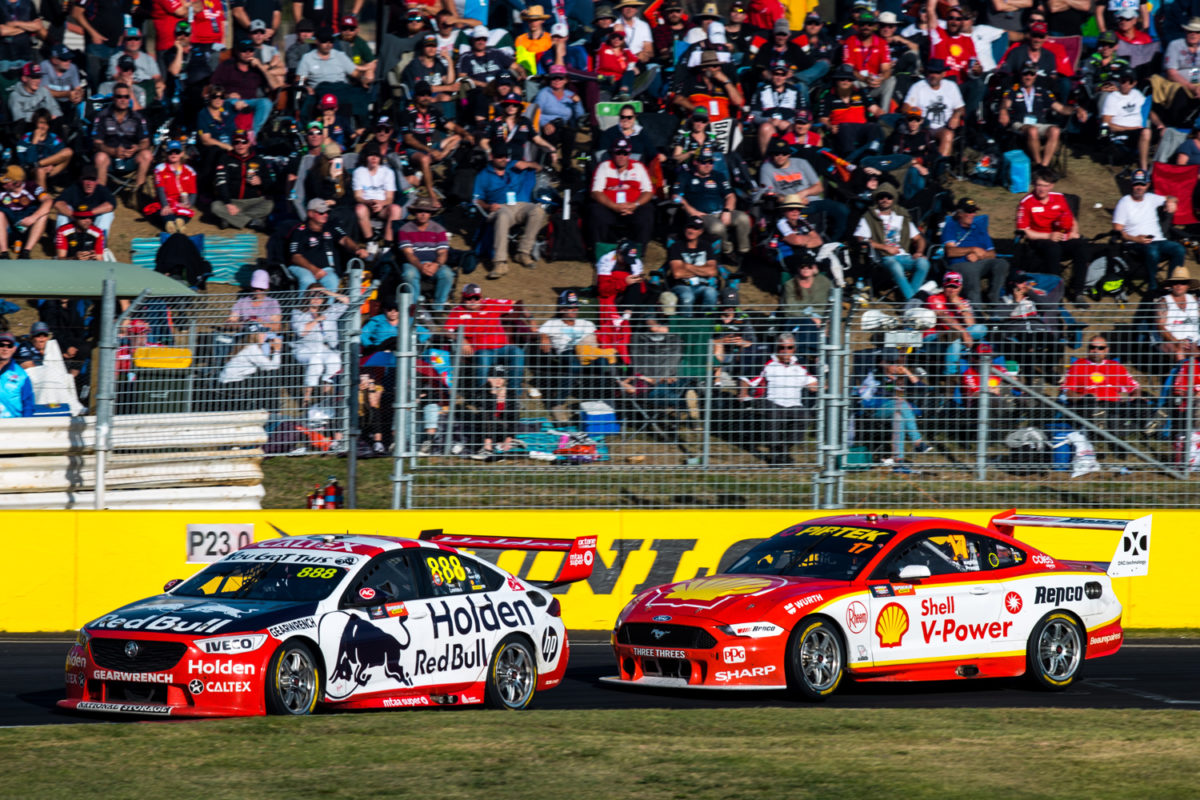 Queensland-based Supercars teams are set to be slugged with a crippling quarantine bill of at least $39,200 on their return from the Supercheap Auto Bathurst 1000 in October.

Current regulations say that any Queensland residents returning home from a hotspot are required to complete 14 days of mandatory quarantine in government-arranged accommodation at a cost of $2800.

At the moment, all of Victoria, New South Wales, and the Australian Capital Territory have been declared hotspots by the Queensland Government.

The current rules would also mean that all Queenslanders attending the event would need return flights to Bathurst because no one is allowed to re-enter the State from a hotspot by road.

Traditionally, teams would have a convoy of vehicles heading south to save on both travel costs and to ensure they had transport on the ground for race week.

Each two-car team has been allowed a maximum of 14 team personnel at an event, but consideration is being made to increase those numbers by at least two for the annual Bathurst endurance classic to cater for co-drivers, meaning the bill would be even higher.

Any Queensland-based Supercars staff, contractors, race officials, TV crew and media attending the Bathurst event would also face a 14-day personal lockdown as well as a ‘welcome home’ bill of $2800 which must be paid within 30 days.

The quarantine fees would come at a time when almost every operator associated with Supercars is facing the toughest financial challenges in their history.

This year’s Supercheap Auto Bathurst 1000 is facing a possible date change to October 15-18 and will double as the season finale.

The event, originally scheduled for October 8-11, would be the 11th and final event of the 2020 Supercars Championship.

Victorian teams have been on the road since July 6, fleeing the State just hours before NSW enforced border lockdowns.

They then spent at least 14 days in NSW, which was then not a declared hotspot, before moving to South East Queensland where they have set up temporary bases in a successful effort to keep the championship alive.

Their efforts have also come at their own expense and although there has been some compensation from Supercars and government bodies with things like motel rooms, the exercise is likely to cost each team $100,000 to $150,000 by the time Bathurst is done.

There has also been the social cost for many team members, who will have been separated from their families for more than 100 days by the time they head home.

The Victorians will be able to return directly to their home state after the season closes at Bathurst and will not be required to self-quarantine, but could face lockdown environments if current restrictions remain enforced.

Any Victorian-based individuals wanting to attend the race, including current co-drivers Garth Tander, Michael Caruso, Tony D’Alberto, James Moffat, and James Golding, will need to arrange COVID-19 exemptions from the NSW Government and also arrange to quarantine for two weeks before the event at their expense.

The Supercars circus is currently in the Northern Territory and will complete the second consecutive event at Darwin’s Hidden Valley this weekend before travelling directly to Townsville for back-to-back events.

Supercars personnel will not be required to quarantine on their return to Queensland next week because the Northern Territory is not considered a hotspot.