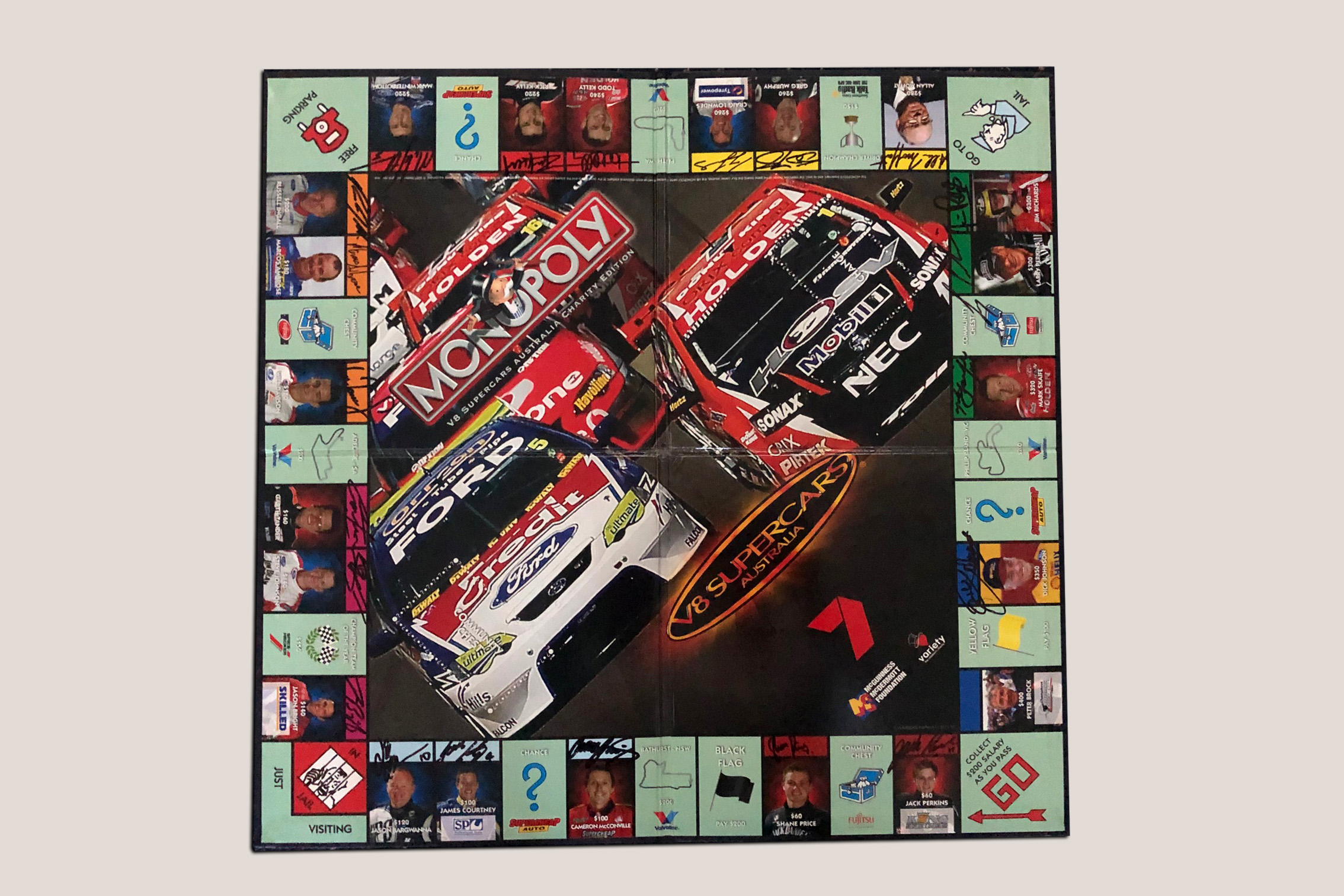 The V8 Supercars Monopoly board game released in 2007

Having sat in the back of a cupboard for almost 13 years, a rare fully-signed version of the 2007 V8 Supercars Australia Charity Edition of Monopoly has been put up for auction through Lloyds Auctions in Speedcafe.com’s monthly charity event.

The V8 Supercars Australia Charity Edition of the game was originally launched in 2007 and was created to raise funds for Variety Australia and the McGuinness McDermott Foundation.

All the proceeds from this auction will go to Speedcafe.com’s charity, Motor Racing Ministries and fans have the opportunity to bid on the item until 19:00 AEST on Tuesday September 8. CLICK HERE to bid.

The Monopoly set has never been played, is in brand new condition, and contains a playing board signed by all but one of the featured drivers including Supercars Hall of Fame legends Allan Moffat, Jim Richards, Larry Perkins, Mark Skaife and Dick Johnson. 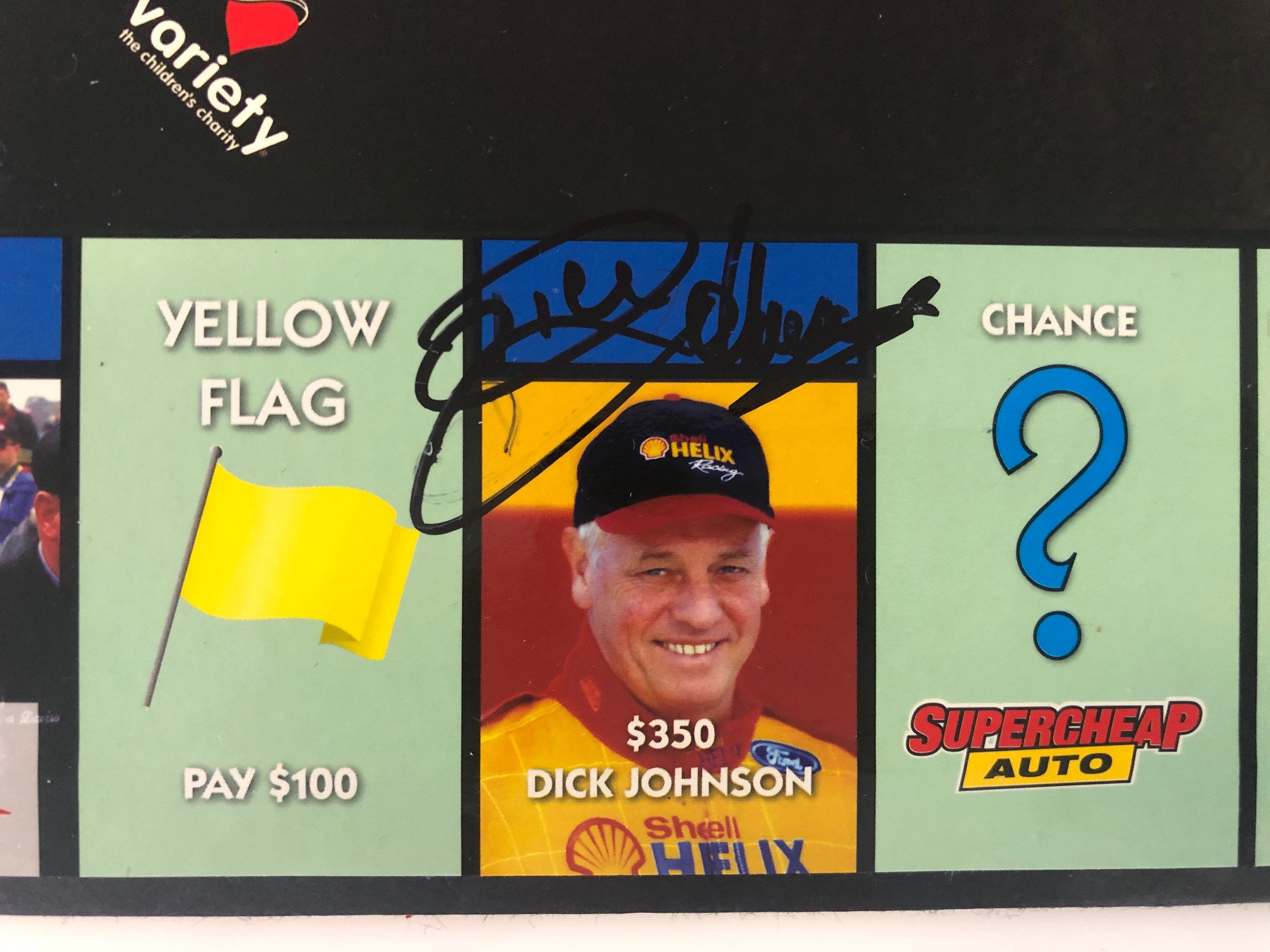 The Monopoly board is signed by Supercars icons including Dick Johnson

The only property not signed is that of Peter Brock, who occupies the original Park Lane spot (The most expensive property on the board), as he passed away a year before this version of the game was released in 2007.

The set has been part of the private collection of Speedcafe.com founder and owner, Brett “Crusher” Murray since the original launch.

“I have a pretty diverse and interesting collection, but this piece is a cracker,” said Murray.

“I personally had all the guys sign the board and just put it away for safekeeping.

“At the time the board went to the USA for Marcos (Ambrose) to sign and I think also did an “overnighter” to Melbourne so Moff (Allan Moffat) could put a pen on it.

“I cannot remember another one ever existing and everything is brand new. Even the houses and Hotels are in their original plastic bags.” 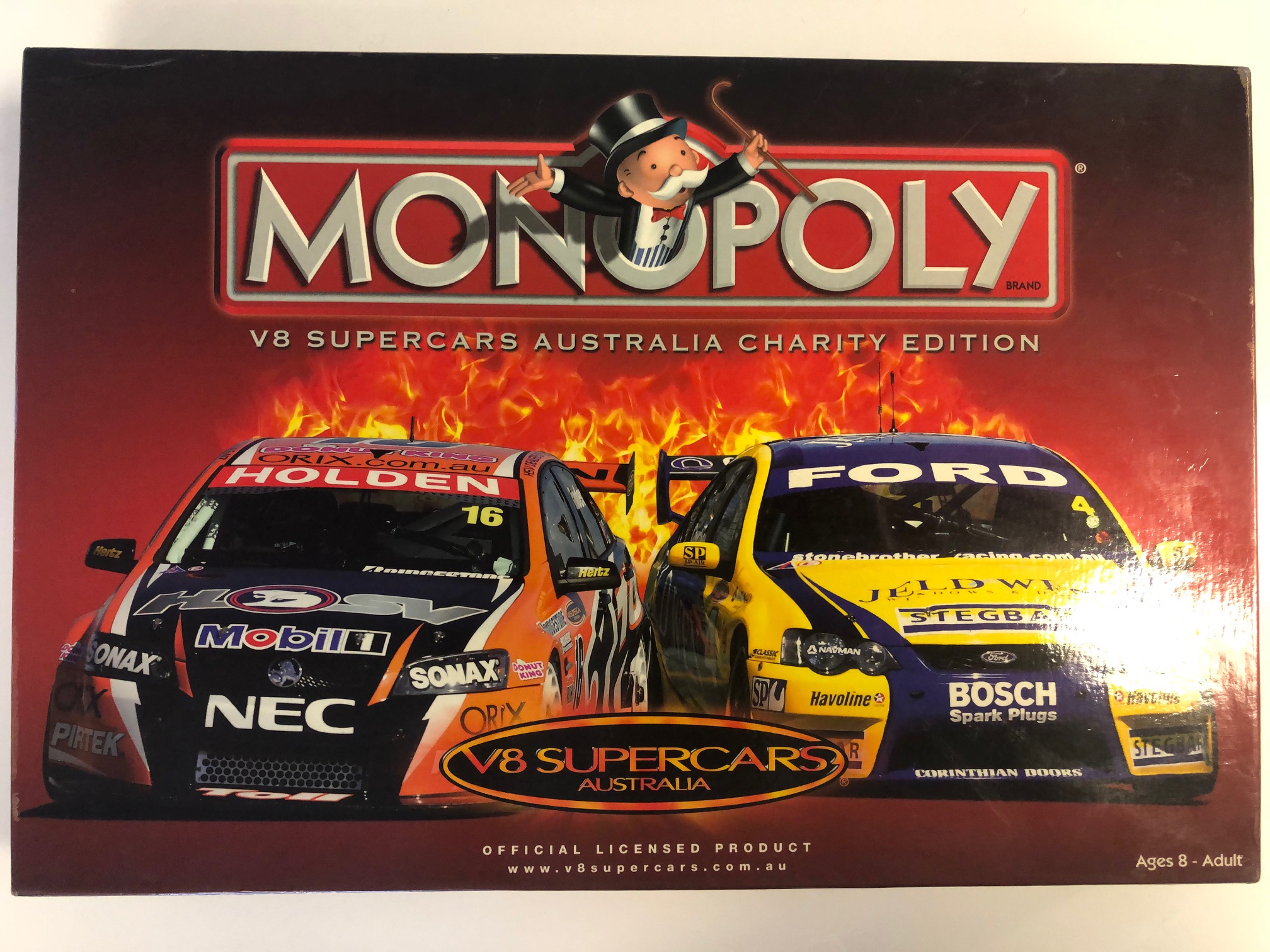 Monopoly released a V8 Supercars themed board game in 2007

One hundred percent of proceeds from this very limited piece of Australian motorsport memorabilia will be going to Motor Racing Ministries because of a generous zero percent buyer’s premium from Lloyds Auctions, who are a valued Platinum Partner of Speedcafe.com.

This is the ninth monthly charity auction held in conjunction with Speedcafe.com to raise money for Motor Racing Ministries and is an extension of Lloyds Auctions’ incredible community commitment during the COVID-19 crisis.