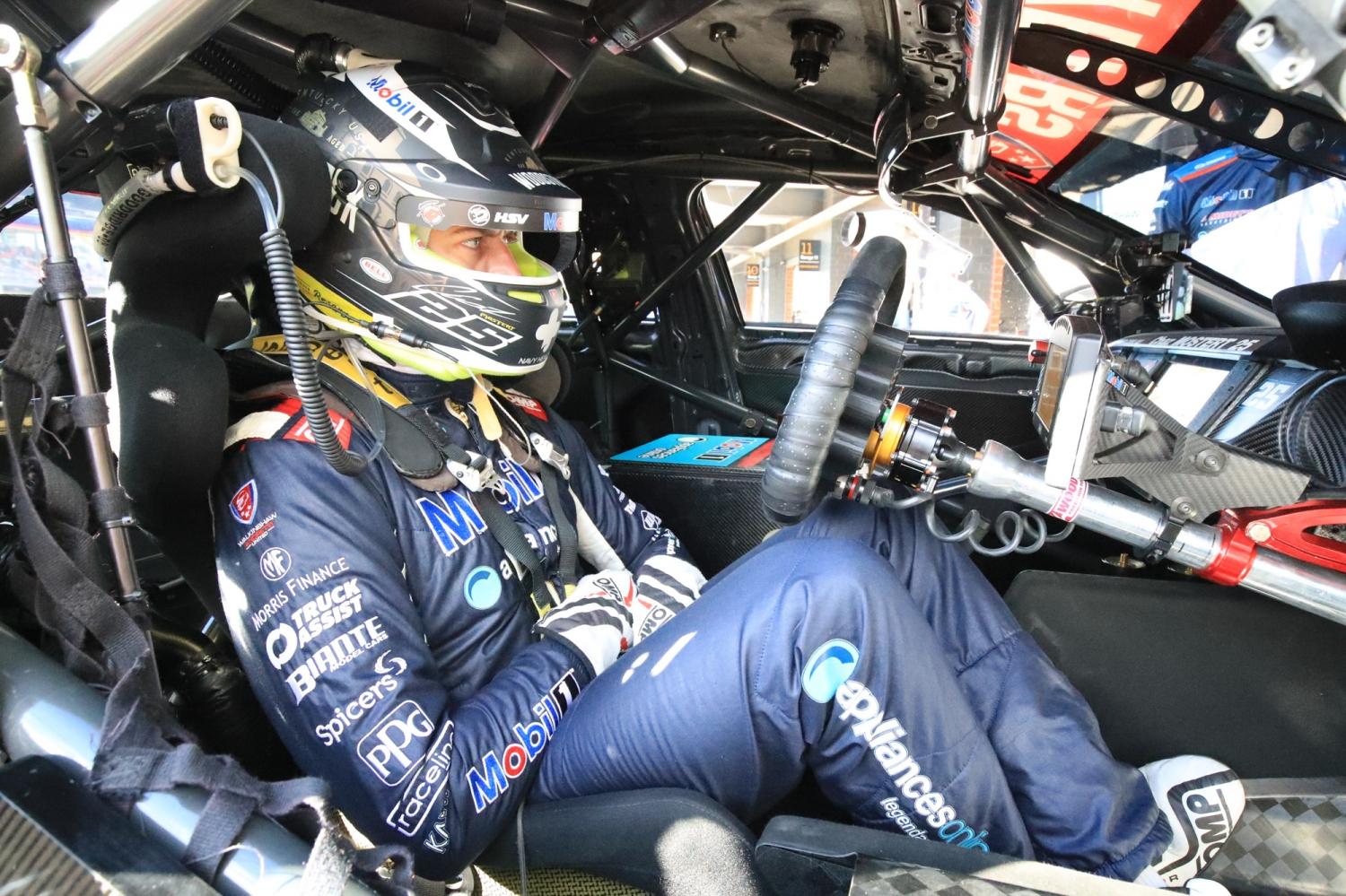 Chaz Mostert says he was surprised to end the Darwin Triple Crown fifth on points as he looks to get a leg up on DJR Team Penske and Triple Eight Race Engineering.

However, a tail shaft failure in the first portion of Qualifying at Hidden Valley Raceway meant he started Race 13 from 20th.

The following races saw him finish eighth with the fastest lap of the race and then fourth.

By the weekend’s conclusion, Mostert lay fifth in the round points and the best of the non-Shell V-Power Racing Team and Red Bull Holden Racing Team entries.

“The races all ran pretty smoothly for us,” Mostert told Speedcafe.com.

“We had a reasonably good race car. I think we genuinely had pace around that top five car speed all weekend.

“It was good to have good race speed. I think we definitely made an improvement from SMP to here.

“We still have a lot of work to do, but in saying that, it was enjoyable even with having those dramas.

“We just kept our nose clean, but yeah, I was a bit surprised to come away with the points we did throughout the weekend.”

Mostert has claimed one podium this year, that being the season-opening Adelaide 500 where he claimed second place in only his second race with Walkinshaw Andretti United.

Mostert has thrice finished fourth since then, but the 28-year-old said he feels a second success is not far away.

“Yeah, we haven’t quite got that second podium, that’s what we’d love to get,” he added.

“In saying that, we’ve nipped on the heels a couple of times in the last couple of rounds. On a different style track, I still think we’d be around that top five. I think we can hold our head high on that.

“In hindsight, if we took a few more chances in a race here or there, we would’ve been a good chance for a podium, but I think the consistency we’ve held over the last couple of rounds has been quite good for us to keep moving forward.”

After just 11 races with the team, Mostert lies third in the drivers’ championship with 814 points to his name.

Mostert said that’s been encouraging, especially given he believes the team has more time left in his Holden ZB Commodore.

“We’re just focusing on the things we want to fix,” said Mostert.

“The results are the results, but we just want to keep building on car speed and keep trying to fix some of the problems that we have.

“I think there are some guys that have pretty fast cars at the moment. We’ve got a bit to find to catch them, but we also just need to have a bit more of a smoother weekend too.

“We started fourth and were able to race fourth in the last race. With a bit more work, we’ll see how we go.

“It’s a bit of a mixed balance we’ve got with the car at the moment,” he said of the issues.

“The last couple of rounds we’ve been able to identify that and I think we’ve done a pretty good job of that working out what some of the issues are and how we’re going to try and fix those.

“How long that takes to fix will be a question mark now.

“The team is obviously based in Melbourne and it’s pretty hard for the Melbourne teams to be working on the road but we’ll give it our best shot.”

With data released after the Darwin Triple Crown, Mostert said he and engineer Adam De Borre will analyse their strengths and weaknesses.

“The weekend is a bit more tricky now that you’re reliant so heavily on the driver-engineer relationship to make changes and make gains from that weekend,” he said.

“Obviously you get your data back this week that you didn’t see over the last weekend that you get to go over.

“Adam and I have got some ideas that we’ll practice. Hopefully we’ll move forward.”