Morbidelli: ‘Someone needs to pay’ for shocking Austria crash

Morbidelli: ‘Someone needs to pay’ for shocking Austria crash 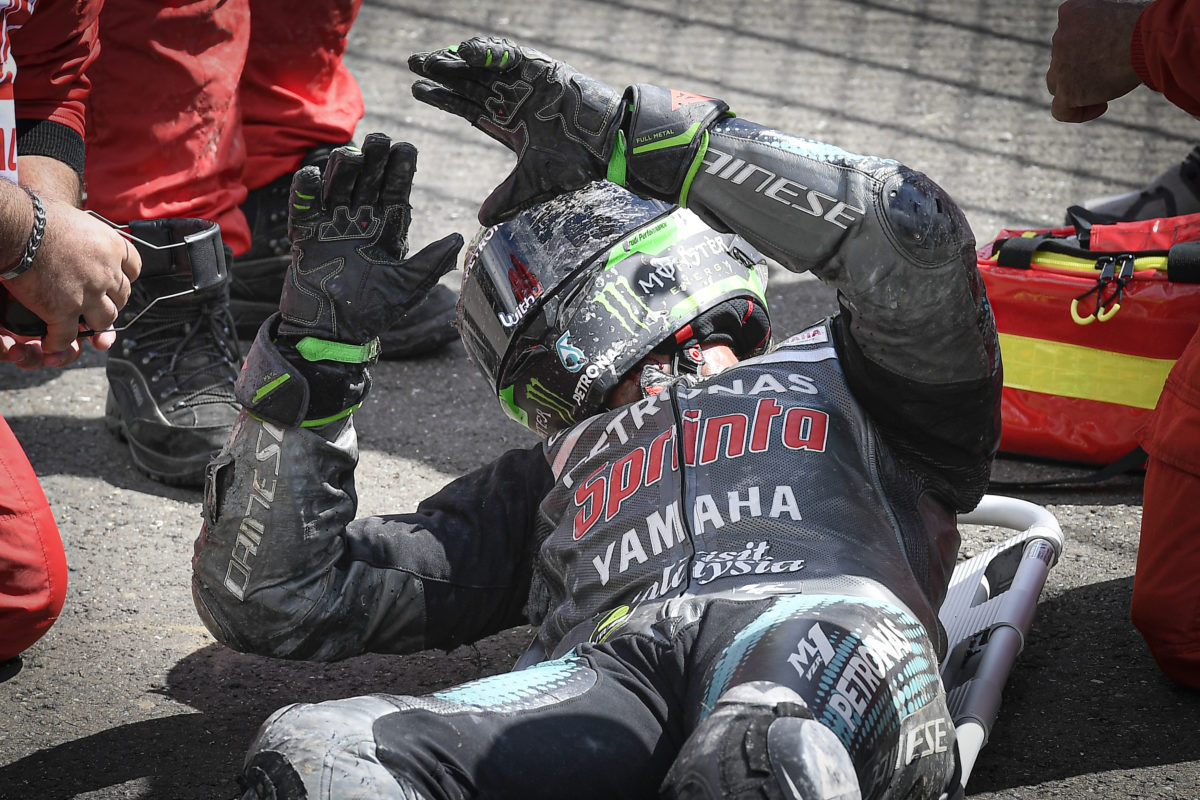 Franco Morbidelli has declared that “someone needs to pay” for the shocking crash which he was a part of in the Austrian MotoGP.

The Italian’s M1 tumbled through the small gap between his factory Yamaha counterparts Valentino Rossi and Maverick Viñales as they rounded Turn 3 of the Red Bull Ring.

Johann Zarco’s Ducati flew over the top of Viñales, after he and Morbidelli made contact back down the hill at the Turn 2 kink.

Morbidelli labelled Zarco “half a killer” when he spoke on Italian television shortly after the incident, although the Frenchman claims to have not deliberately blocked the Petronas SRT rider.

Thus far, there has been no action taken over the crash, although stewards have now announced that they have summoned those two riders for a meeting this Thursday at the Red Bull Ring, ahead of the Styrian Grand Prix.

Before that statement, however, Morbidelli expressed a view that there should be consequences in an exchange with fans and journalists on Twitter.

“We will talk about it on Thursday, that’s for sure,” he wrote.

“(G)reat luck we’re in one piece, but someone needs to pay (for) the mistake.”

In a subsequent tweet, the 2017 Moto2 champion stated, “Yes you can push the limit! But if in order to do that you do wrong, you pay”

Multiple riders questioned Zarco’s on-track behaviour after the race, and the Frenchman was also involved in controversy a week earlier when he was slapped with a long lap penalty after contact that put Pol Espargaro on the deck and out of the Czech MotoGP.

However, his Esponsorama Racing team claims that telemetry shows Zarco to have braked later on the lap in question than at any other point during the race.

On that basis, they reason, he did not deliberately try to block Morbidelli.

“After the comments and statements that have appeared, Johann Zarco is very affected since at no time has he intended to carry out a maneuver (sic) that would endanger any other opponent,” read the team’s post-round media release.

“However, the French Esponsorama Racing rider wanted to apologize and clarify with each and every one of the riders involved.

“Despite this, after the dispute of the Austrian Grand Prix, telemetry has shown that, at the time of the accident, Zarco brakes later in Turn 3 than in the rest of the laps of the race, so from this analysis it follows that at no time is his intention to impair Morbidelli’s braking and close his line.”

Zarco will undergo surgery today after it was discovered that he had fractured his right scaphoid in the crash.

Morbidelli was initially carried from the scene on a stretcher but ultimately walked to the waiting medical vehicle and was declared fit after being checked at the circuit.