Whincup: Tyres a ‘big topic of discussion’ for commission

Whincup: Tyres a ‘big topic of discussion’ for commission 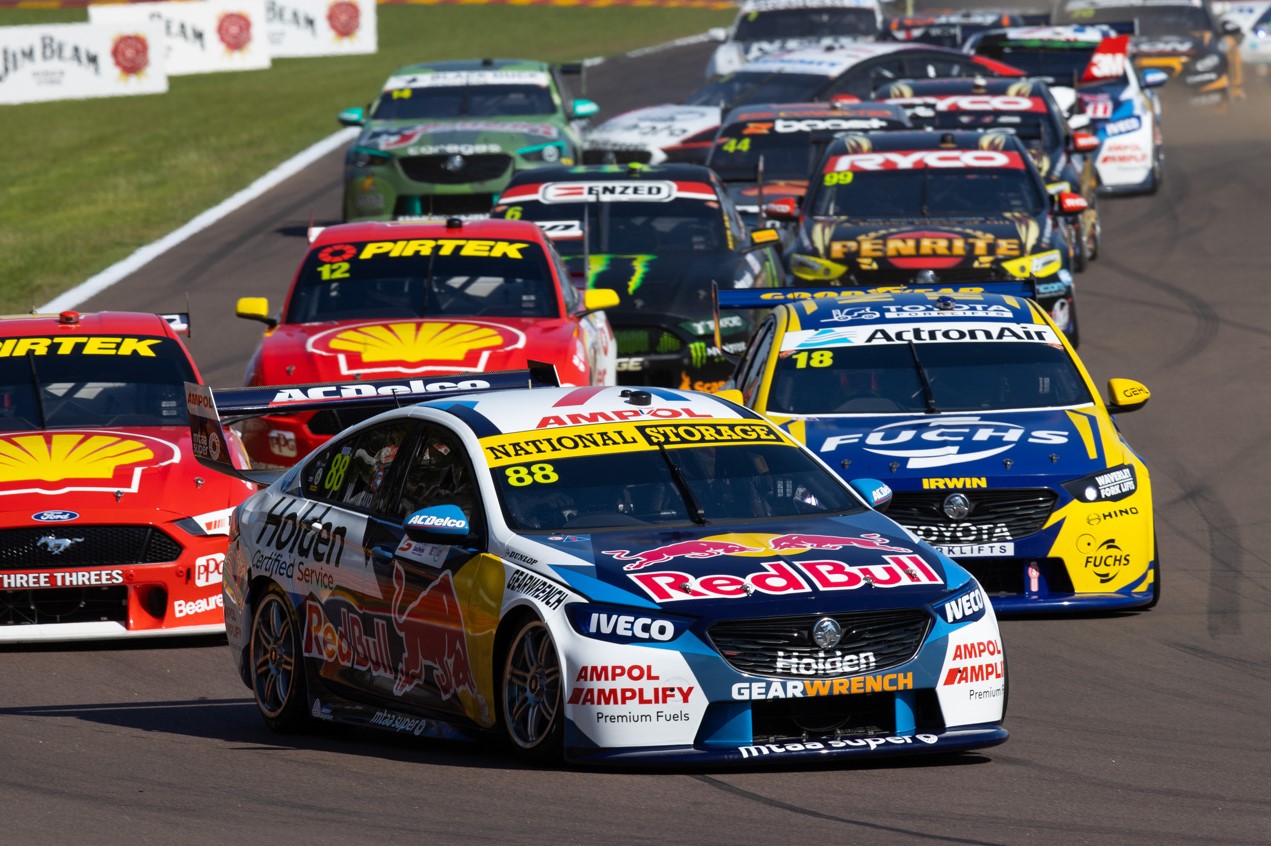 Jamie Whincup says Supercars’ ongoing tyre experiment will be a focal point for its commission discussions this week following the first leg of a “low degradation” Darwin double-header.

Since the resumption of the Virgin Australia Supercars Championship at Sydney Motorsport Park, category organisers have sought more variation in race results.

The two Sydney SuperSprint events brought one new race winner in Jack Le Brocq, a new face to the podium in Todd Hazelwood, and double success for Nick Percat.

The first leg in the Darwin double-header, the Darwin Triple Crown, saw De Pasquale claim his first Supercars win in Race 13 and was joined by James Courtney and Scott Pye on the podium.

All three went aggressive on tyre strategy, opting to run on soft tyres for the duration of a shortened 34-lap race while the majority of the field ran solely on hard tyres.

Race 14 and Race 15 saw normal service resume as Scott McLaughlin and Jamie Whincup both claimed a win and a second place finish.

Lower tyre degradation meant the majority of the field opted to run soft tyres only across the final two races of the weekend.

Whincup said the Darwin weekend was in stark contrast to the Sydney event that saw significant tyre disparity.

“In my opinion, SMP1 was good, but it was out of control at SMP2,” said Whincup.

“The commission wanted to test it again on a low-deg track this weekend and it wasn’t anywhere near as nuts and variable as it was at SMP2.

“I’m sure that group will go away, we’ve got a meeting on Thursday, and that’ll be a big topic of discussion on what to do with tyre formats moving forward.

“I won’t say too much now but I thought the racing was high quality this weekend.”

The second leg in the double-header, the CoreStaff Darwin SuperSprint, will see soft tyres used throughout.

Teams will have five sets of soft tyres for the duration of the qualifying sessions, a potential top 15 shootout berth, and the three 38-lap races.

Whincup said he doesn’t anticipate the second Darwin event will be as hectic as Sydney despite the sole tyre compound.

“Changes for (this) weekend, it won’t be the weather, no hard tyres next week, only soft,” said Whincup.

“Cars can still double-stack, you still won’t have enough tyres to have fresh on for every stint so you’ll have to only change two or run around on some older tyres at some stage.

“I think it’ll be a lot more low-key than we saw at SMP as far as huge differentials between car speeds.”

Speaking at the conclusion of the Darwin Triple Crown, category Head of Motorsport Adrian Burgess said he’s pleased with the results today.

However, he noted that the status quo may not remain beyond 2020 as Supercars organisers look to get the category back to normal.

“We wanted to try and spread the love amongst the pit lane,” Burgess said of the changes made to date.

“It’s important that all the cars are getting some good TV time. So we wanted to try and introduce some variability, so that’s why we’ve thrown some different tyre concepts out there.

“Everyone starts the weekend with the same thing so it’s just how you use them. We’ve had some fantastic racing.

“Again, this weekend was good. (On Saturday) we had some great racing. I think we’re happy with where we’re at.

“We’ll keep experimenting. That’s for 2020. Hopefully, for 2021, we can get back to what we all thought we knew was normal existence. This is this year.

“We’ll experiment and see what we learn and start again next year.”

The CoreStaff Darwin SuperSprint will take place on August 22-23 at Hidden Valley Raceway.