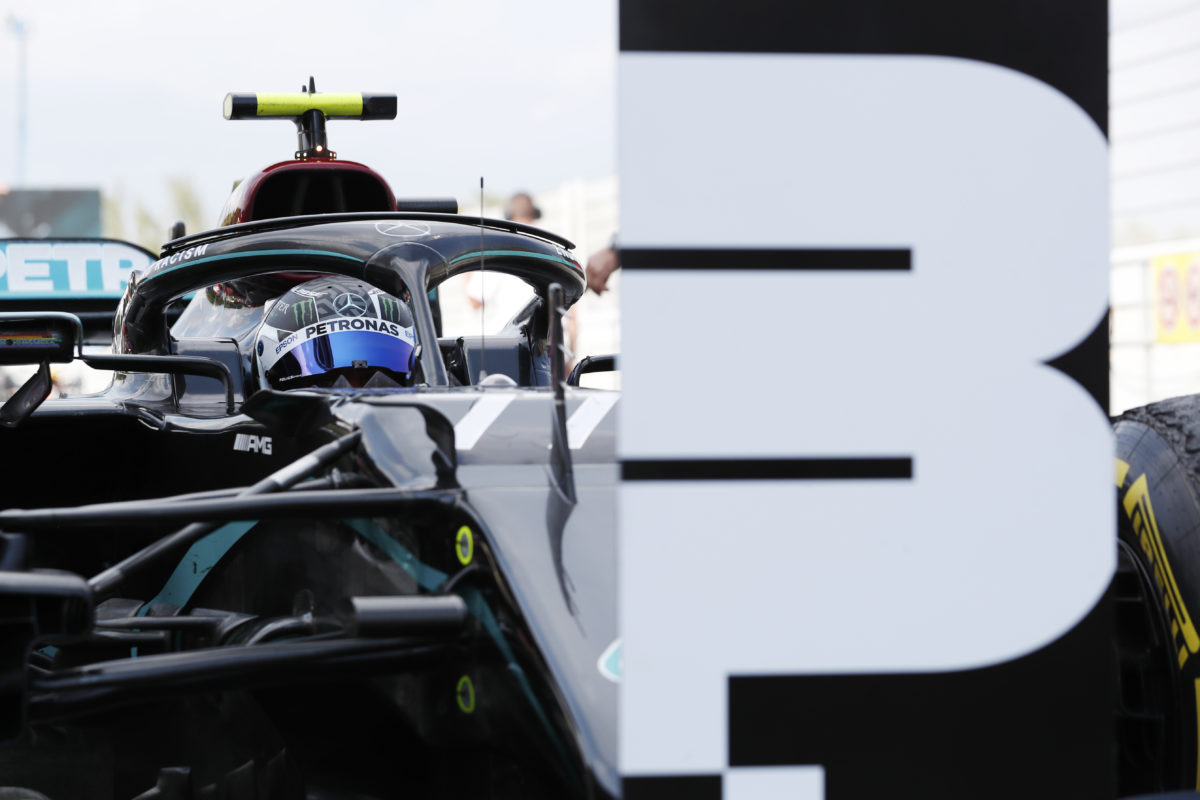 Valtteri Bottas claims to have lost three kilograms in body weight over the course of the Spanish Grand Prix.

Sunday’s race, which lasted more than an hour and a half, was held in 30 degree weather.

Though there was a threat of rain in the latter stages, the race was otherwise held under bright, sunny conditions.

For Bottas, whose Mercedes and racing overalls are this year black, that saw temperatures soar.

“This year, it’s been even hotter in the car,” he said.

“Obviously, we had to change the colour of the overalls, and it’s known that black colour takes more of the heat, especially when there’s direct sun.

“I don’t know any number or facts, how much actually black versus white is in terms of temperature difference, but this year, it’s been really hot in the car.

“Also, there’s a new homologation this year for the overalls.

“They are thicker, and the underwear is thicker, so I don’t know how much effect that has.

“It was just so hot so I said, ‘Guys, you know that these overalls are way too hot.’

“For sure, white would be cooler in terms of temperature and (in the race) for example I lost three kilos in the race, which is quite a lot.”

Mercedes has traditionally sported silver bodywork, a trait that stretches back to the W25 of the 1930s when it was dubbed the ‘silver arrow’ in the brand’s own media releases (though Mercedes had raced in both white and silver colours prior to that point).

For this year, however, the decision was taken to brand its cars black.

That raised concerns regarding potential overheating, though they have proved unfounded according to the team’s Strategy Director, James Vowles.

“Inside the engine cover there’s actually a silver lining, a heat resistant lining, and that is in place irrespective of the outside colour,” Vowles explained.

“We can’t see any difference on our radiator temperatures or other temperatures of core systems within the car as the result of the paint colour externally.

“There’s a little bit more reflection that should exist really with a lighter colour, but the reality is, it has negligible effects or no effects on our system temperatures.”