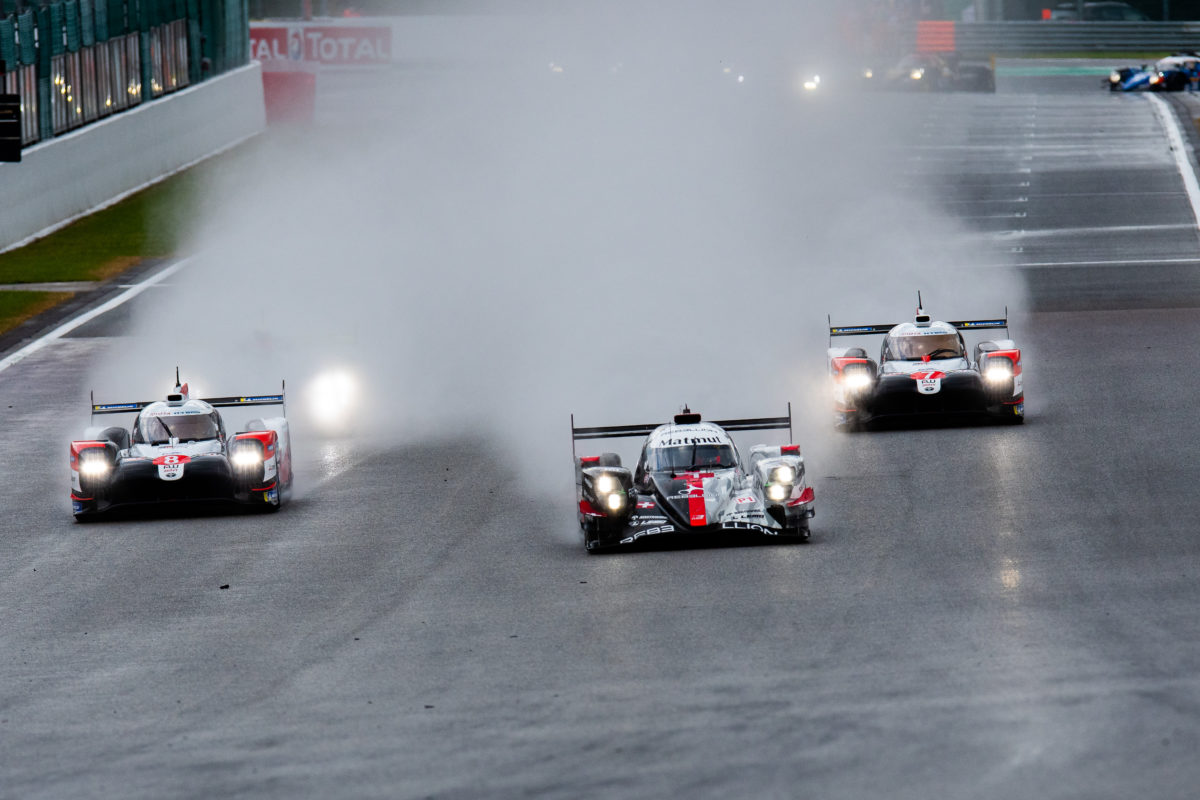 The start of the 6 Hours of Spa-Francorchamps

United Autosports won out in the LMP2 race that featured an entertaining battle for the class lead involving a spirited charge from Racing Team Nederland’s Giedo van der Garde.

The #29 squad would ultimately claim third, though was involved in an incident which saw Thomas Laurent suffer a heavy crash while at the wheel of the #36 Signatech Alpine entry.

The Frenchman lost control on the approach to Blanchimont as he battled for third place in class, the car broadsiding the tyre barriers before inverting.

Cool Racing claiming second in LMP2, one lap down on the class winners.

Porsche took the honours in LM GTE Pro class with the #92 entry of Michael Christensen and Kevin Estre, while Ferrari claimed the LM GTE Am gong with the #83 AF Corse entry edging out the Dempsey-Proton Racing Porsche of Matt Campbell, Riccardo Pera, and Christian Ried.

The World Endurance Championship next heads to France for the 24 Hours of Le Mans, the penultimate round of the season, on September 19-20. 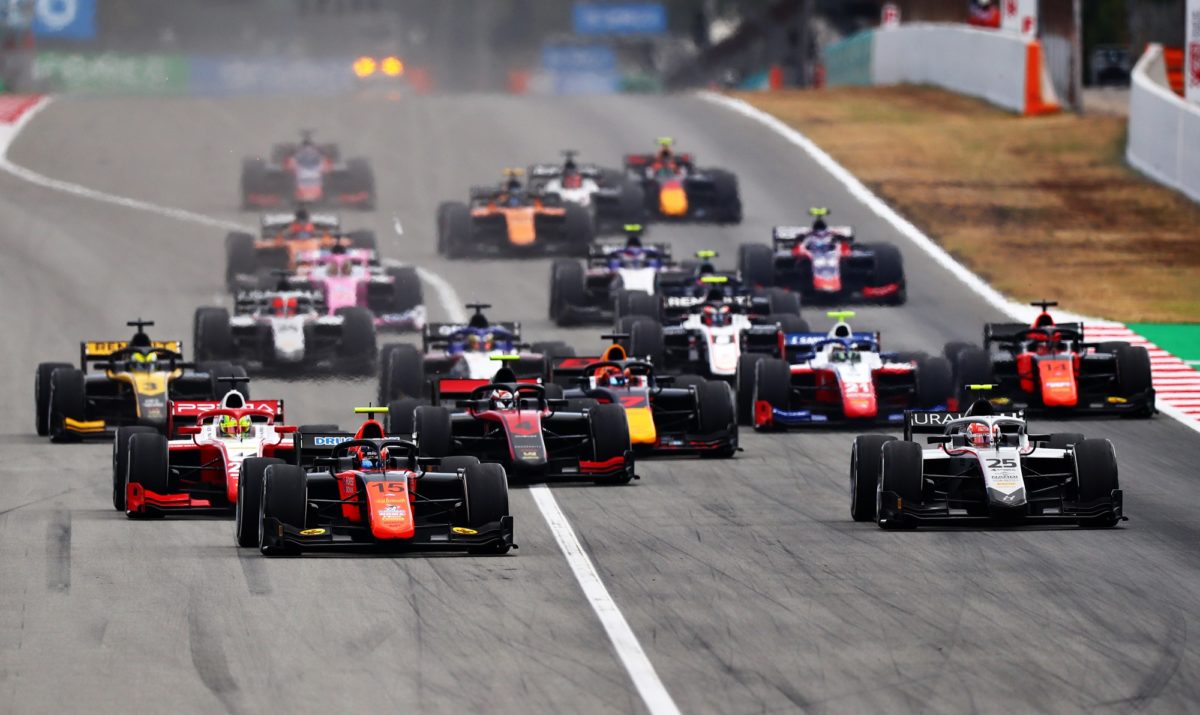 Matsushita claimed Saturday’s Feature Race in Barcelona after charging from 17th on the grid, while Drugovich commanded Sunday’s Sprint Race to record his second win of the campaign.

Robert Shwartzman had moved into the lead off the start on Saturday, losing out to Callum Ilott on Lap 8.

Matsushita benefited from a well-timed pit stop as the Safety Car was deployed for Giuliano Alesi, allowing him to vault 14 places up the order.

However, a late Safety Car after Roy Nissany found the wall spiced up the closing stages.

Matsushita hung on ahead of Shwartzman out front while Nikita Mazepin crossed the line third, though he was relegated to 13th for not following the correct rejoin procedure at Turn 1 after an incident with Matsushita earlier in the race.

That saw Guanyu Zhou promoted to the final podium position.

A final lap incident between Jack Aitken and Sean Geleal saw the latter taken to hospital where scans revealed a fractured vertebra.

Though released on Saturday night, he was declared unfit for Sunday’s Sprint Race.

That encounter was won by Drugovich, who headed the field from the start and was never seriously challenged.

The Brazilian won the race from Luca Ghiotto while Mick Schumacher claimed the final podium position.

Ilott struggled for grip in the latter stages as he fell to ninth on the road, though was eventually classified eighth after Christian Lundgaard’s final lap pass was deemed to have taken place while the Dane was off the road.

Ilott continues to lead the championship with 121 points to his name, 18 clear of Shwartzman with Lundgaard in third. 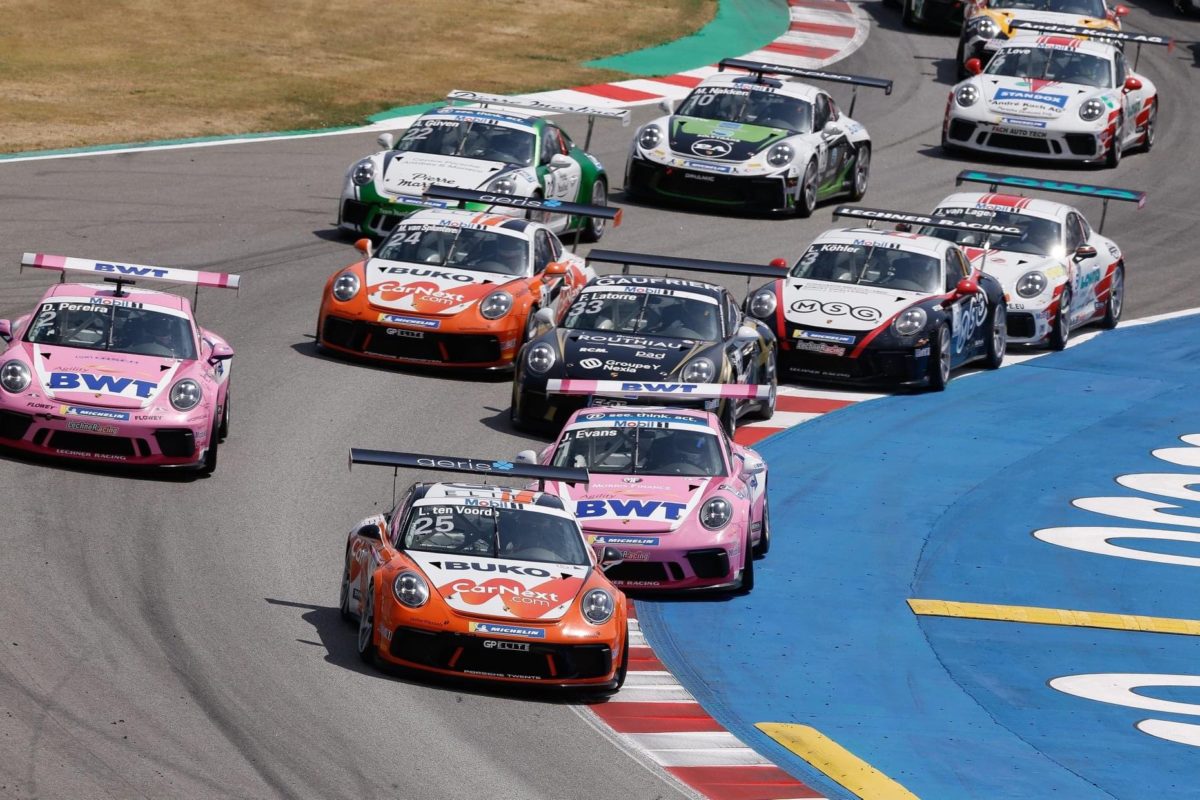 Evans lost out at the restart pic: Lechner Racing Twitter

Jaxon Evans has claimed his third podium of the 2020 Porsche Supercup campaign with a second place in Spain.

Starting second, Evans raced into the lead as the field worked its way through the opening sequence of corners.

On the grid, however, a start line accident in the pack saw the Safety Car deployed.

A restart saw all cars line up in race order on the grid, Evans on pole from Larry ten Voorde alongside him.

The series leader then claimed the race lead as Evans had on the opening lap, holding it to the flag to take his second win of the season.

Evans held on to second while Dylan Pereira claimed third.

Australian Jordan Love, who was involved in a hefty crash at Silverstone just a week earlier, claimed 11th.

The Spa-Francorchamps circuit in Belgium hosts the penultimate round of the Supercup season on August 28-30. 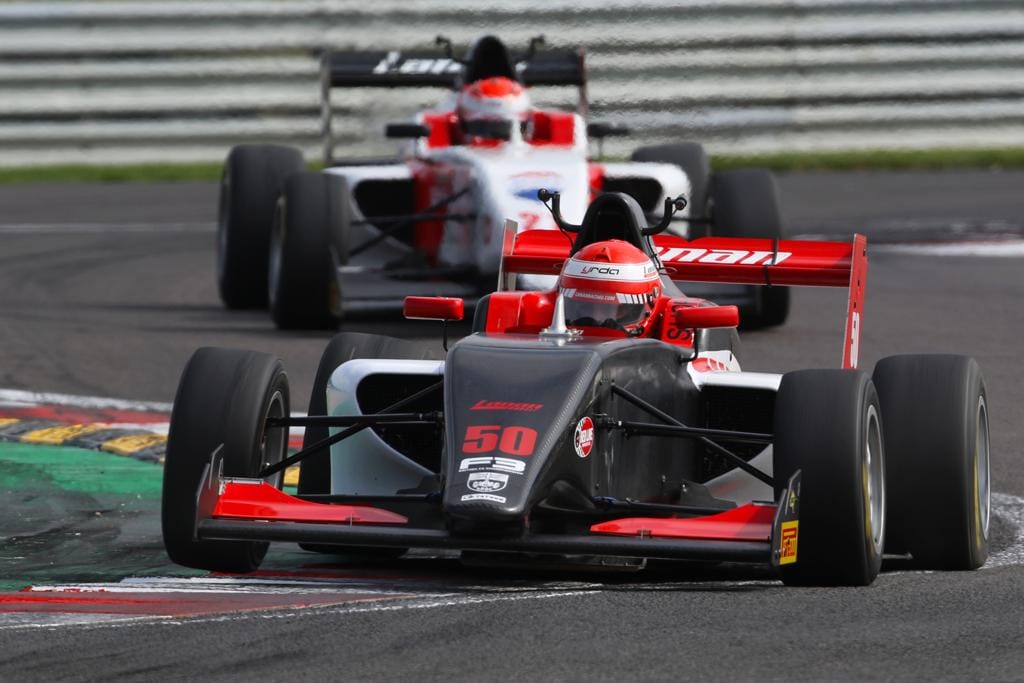 Australian Bart Horsten finished in the midfield in two of the three British F3 Championship races at Oulton Park after being disqualified from Qualifying.

Horsten originally qualified fifth for the Round 5 race and third for the Round 7 race courtesy of his fastest and second-fastest qualifying laps, but was penalised for being too fast through a yellow flag zone.

The Lanan Racing driver climbed from 19th on the grid to 11th in the weekend opener, which Louis Foster (Double R Racing) won having been the beneficiary of an early off for Kaylen Frederick (Carlin).

Horsten went from eighth to fourth in the reverse gridder that was taken out by Ulysse De Pauw (Douglas Motorsport), before finishing 14th off the rear of the grid again in the finale.

Frederick won that encounter and takes the championship lead to Brands Hatch (GP layout) on August 29-30 for Rounds 8 to 11, where Horsten will arrive 13th in the standings.