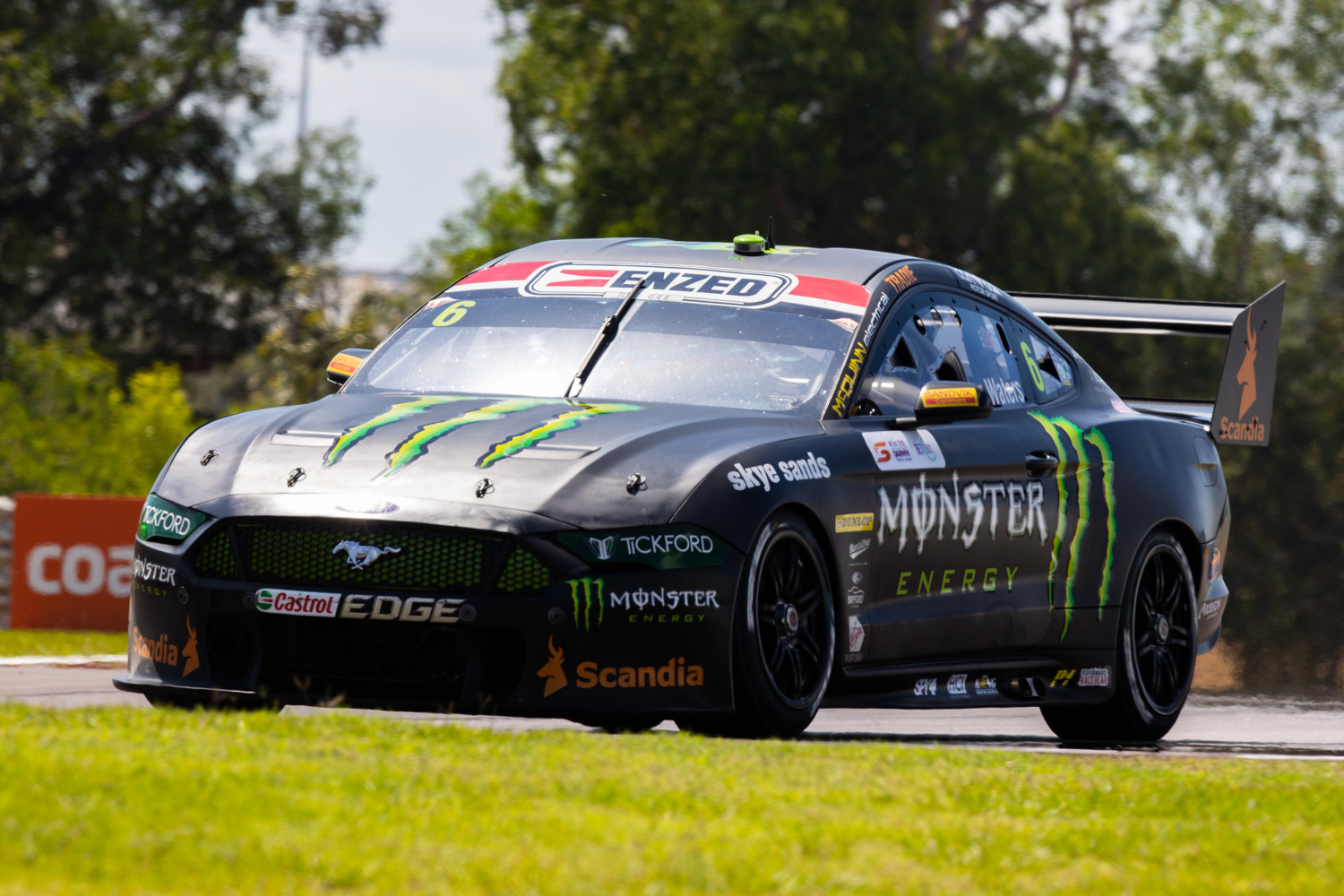 Tickford Racing driver Cameron Waters says a wheel nut problem prevented him from challenging for a podium in the last race of the Darwin Triple Crown.

Waters noted during the weekend that his car had been typically strong in qualifying, but car set-up meant he hadn’t been able to preserve his tyres throughout a race run.

However, the 26-year-old said his #6 Ford Mustang felt the best it had all weekend during Race 15 of the season in which he started fifth.

Contact with another car would ultimately stifle his shot at victory with a damaged wheel nut slowing his compulsory pit stop on Lap 5.

Waters ended the weekend with finishes of eighth, ninth, and 11th.

“(Race 14) I had a pretty good start, a really good pit stop to make up a few positions, I had a pretty quick car but could only get it to ninth,” said Waters.

“For the last race (Race 15) the car was really good, we made some improvements between the two races.

“I got another good start, but in the stop, the boys couldn’t (take) the wheel off because the wheel and nut locking mechanism had some damage from (contact with) another car, and that put us back to around 12th.

“I got a spot back, but it’s a shame because that was the best the car’s felt this weekend, and we probably gave away a potential podium in that race.

“We still have some deficits we have to fix in our package, but we’ll keep chipping away.”

Sunday saw the Tickford Racing quartet all run around the fringe of the top 10.

Courtney claimed the team’s best result of the weekend, a second place finish in the weekend’s opening race after an aggressive soft-soft strategy.

Having claimed podiums at both the Sydney SuperSprint events, Holdsworth failed to threaten the top three spots all weekend.

The 37-year-old said he was disappointed not to be as competitive as he had been in previous rounds.

However, he said the Tickford Racing team is aware of what it needs to do to be faster for the second leg in the Darwin double-header this weekend.

“To be honest, we lacked competitiveness this weekend,” said Holdsworth.

“I don’t think there are any excuses, we just need to come back with a better car next week.

“We have a pretty good idea why, which is a positive, but yeah, we just never looked particularly strong this weekend, so that was disappointing.

“We stayed out of trouble, scored some points, but overall not a great weekend for our car or the team really, at least for where we want to be.

“We have a lot of work to do, but I’m confident we’ll come back with a better car.”